It’s a great time to be Pinoy | Lifestyle.INQ ❮ ❯

It’s a great time to be Pinoy 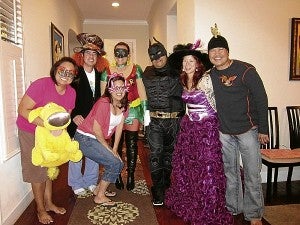 Filipinos shine brilliantly wherever they are in the world. And as more Pinoys have migrated away from home, there are now countless examples of excellence in many fields of experience in all the corners of the world.

Whether we are talking about boxing or music or fashion, there are Pinoys whose stars shine brightly. Next week, our biggest star boxer will carry our Philippine flag on his shoulders. The entire country will once again pause to watch Manny Pacquiao as he relentlessly rewrites boxing’s record books.

In the music world, we have so many to be proud of. I was one of many who caught the Pinoy singer apl.de.ap and his hit band, Black Eyed Peas, at their jam-packed concert at Mall of Asia. A big “thank you” to Smart Infinity, who sent great tickets. The new contemporary Smart logo was unveiled at the concert.

And then there is fashion. We have no shortage of Pinoy designers who are making waves globally. For the past two years, the Red Charity Gala has featured Dubai-based Filipinos who have made it big, designing for the likes of Lady Gaga and countless others. 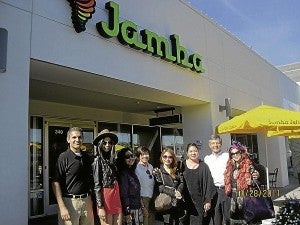 Furne One, originally from Cebu, created a sparkling, electric guitar-inspired ensemble for pop star Katy Perry at the Grammy Awards. And Michael Cinco, who hails from Samar, has created for J-Lo and the reality TV show “America’s Next Top Model.”

I was fortunate enough to be in a Michael Cinco at the recent opening of the newly expanded Louis Vuitton shop at Greenbelt 4. The bedazzled, feathery dress was perfect for the flowing Moet et Chandon champagne which graces every LV party.

The new boutique redefines luxury. The main lobby shows off the brand’s travel and leather goods, and a central staircase separates the men’s section in the mezzanine from the women’s in the basement. The lower level also has a private salon, for the utmost in personal shopping. 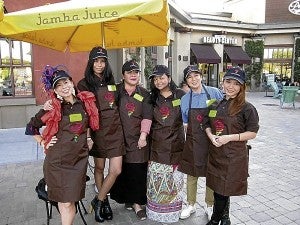 On the mezz, I could see the men rubbing elbows with Jean Baptiste Debains, Louis Vuitton’s president for Asia Pacific, and Edouard Faure, GM for Micronesia and the Philippines. Rhea de Vera-Aguirre, LV country manager, introduced me to the word “malletier,” as Louis Vuitton describes itself. It’s really not enough, as LV goes beyond maletas, making the best shoes, bags, wallets, even jewelry and watches.

Good friend Kit Zobel, who cut the ribbon, and I were particularly enthralled with the Empriente collection, in shades of aubergine and orient. LV just has so much savoir-faire that I’m sure it will be a target for holiday shoppers this Christmas, beginning with our hubbies, Fernando and Dennis, we hope.

The highlight of the LV evening was the after-party at Whitespace, which was transformed with a “World of Flight” theme, complete with an airport runway which led to a brightly lit, cloud-festooned foyer and finally ending up in a ballroom with such whimsical touches as hot-air balloon and vintage model airplanes. DJs Simon Washford and Janva, ratcheting up the high energy of the crowd, further enhanced the ambience. 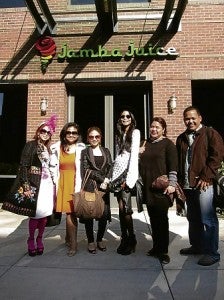 The luxe atmosphere was further reinforced with Stefan Leyshcon, a French magician flown in for the night, and Joseph Borodski, a New York-based mixologist who creates martini concoctions, all the better to wash down the excellent food catered by Shangri-La Makati. Oh, what a night!

When you’re partied out, there’s nothing like drinking a healthy fruit shake to re-energize. Immediately after Fashion Week, I joined a group of writers and bloggers to head to San Francisco, California, for a Jamba Juice junket.

The good news is that this renowned smoothie debuts at The Fort on 11-11-11, in just five days. Brought in by one of the largest food chains in the country, The Max’s Group of Companies, Jamba Juice has made our country its first site in Southeast Asia.

Sharon Fuentebella, managing director of Jumba Juice Philippines, personally toured our group and introduced us to the super-delicious drink. She is a real team leader, applauding loudest when a half-Pinoy staffer, Kimmie Molino, who has worked with Jamba Juice for 17 years, was given a special employee award by Jamba Juice CEO James White. Our group’s vegan, Raya Mananquil, was delighted with the selection of nondairy drinks which conformed to her strict diet. Raya and I also chatted about her big sister, Rissa, and her recent wedding to dashing Paolo Trillo. Best wishes to the new couple!

For my first whole-fruits smoothie, I chose Peach Pleasure, when our group visited the Jamba Juice shop in Daly City. We also tried the wheatgrass detox shots, which help reduce jetlag.

There are so many delicious blends to choose from, all combining vitamins and fruit to deliver energy and immunity. With the right Jamba Juice drink, Pinoys will be ready to shine even brighter all over the world.