People I have yet to delete from my phone | Inquirer Lifestyle ❮ ❯ 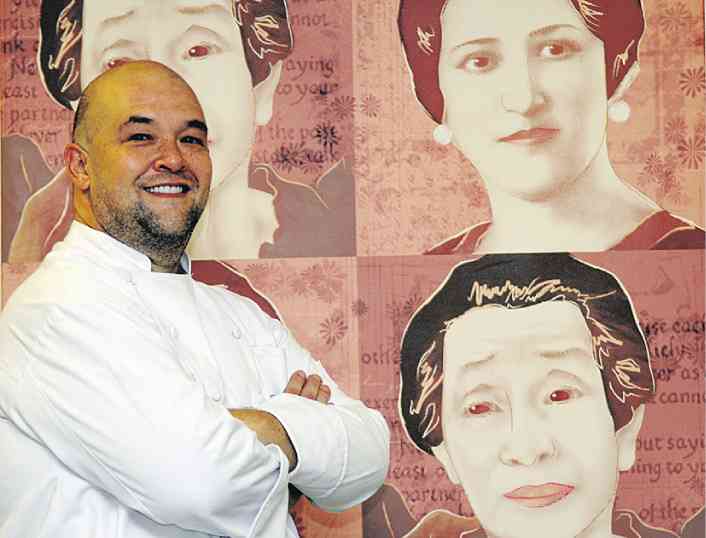 GONE, but their numbers aren’t

People I have yet to delete from my phone

ONE thing struck me this morning. I haven’t deleted from my phone contact list the numbers of some friends who have died, some of them quite a long time ago.

Perhaps I’m too busy to clean up my contact list, and who isn’t these days? Or then again, perhaps subconsciously you don’t want to delete them—permanently.

In this day, clicking “Delete” is the ultimate feeling of goodbye. You can’t retrieve it. You can bury or send off a dear friend or a loved one, but pressing “Delete” makes you realize there’s no resuming that conversation—those text messages that kept you connected.

Abe Florendo—On top of the list because it’s letter A. Abe was a media colleague who passed away last August, and friends got together last September, on the 40th day after his death, to share their reminiscences of him, and to thank him one way or another.

I met Abe when I was still a journalism student of Bibsy Carballo, and he came to interview me for a students’ poll. He was fresh out of the seminary then, and was a regular contributor to leading magazines and newspapers.

Abe’s feature writing—particularly his profiles of celebrities—was rich without being verbose, honest yet flattering and brought out the interesting side to the subject. He could be bitchy and funny in his writing in an endearing way. I remember enjoying his profiles and interviews of society doyennes who were not exactly easy to access, such as Conching Sunico, Chona Kasten, Elvira Manahan.

While he developed close relationships with these icons, he never put himself in his stories of them; he could write a vivid, engaging piece without resorting to “I”—in short, his is of the “old” school of journalism which today’s “writers” and bloggers scoff at.

Bobot Meru—Our photographer in most of our media stints, from newspapers (Manila Chronicle and Inquirer) and magazines (from Metro to Cocoon). Bobot died rather young; he suffered a stroke while driving and rushing to mount a fundraising photography exhibit for victims of natural disaster, which he and his colleagues were holding.

That was Bobot, a good soldier, so to speak. He followed editorial directions. By doing so, he excelled in doing portraits of our celebrity subjects, and shots of homes and interiors. He was doing home design shoots when hardly anyone was specializing in them.

And Bobot never complained, not even when Alya (Honasan) and Joseph (Uy) would play tricks on him, especially in our out-of-town shoots. I think even Alya hasn’t deleted him from her contact list—it’s as if any moment she still could drag him to an assignment.

Larry Cruz—An institution in contemporary Philippine culture and lifestyle, who started the café dining (Café Adriatico) and restaurant concepts in the country, a journalist and publisher (he started Metro magazine and arts and culture magazine under the then Bureau of National and Foreign information), an art collector, a gourmet and bon vivant.

He was what they now call a “renaissance man,” a scholar of life. He helped gentrify Malate, which has now gone to seed. He opened Café Havana partly because he wanted a corner where gentlemen could smoke cigars and converse leisurely, though not stupidly.

Larry would always have a great concept, indeed, a grand vision, and Philippine lifestyle had become richer for it through the decades.

He died eight years ago, if I count right, and I’ve actually deleted his number, but not until a good many years later. It would be good to call him and ask what he thought of a Malate that’s now overrun by Korean holes-in-the-wall, informal settlers, other seedy establishments. The district is simply filthy.

And it must have been a blessing that Larry didn’t live long enough to see that.

Ed Quimson—I still haven’t deleted his number now, long after this “wonder kid” of Philippine culinary art had died. His last text message to me was inviting me to his graduation, saying how, after more than a decade, he had decided to work for his school diploma. He said it meant so much to him.

Chef Ed is remembered for many innovative dishes he had introduced on the dining scene—and the many restaurants where he served. He was moving from one dining and food affiliation to another.

But consumers should remember him for the Delimondo corned beef that he concocted with his longtime patroness and collaborator Katrina Enrile.

He loved good food, eating it was his life, even after open-heart surgeries. He chose his love of food over life.

Teyet Pascual—Dr. Eleuterio Pascual. Really weird, but I still have Teyet’s name on my contact list. He died shortly before I launched my book in 2012, yet it is as if there would still be moments when I would need to ring him up to ask what he thought of this or that art auction, this Filipino masterpiece, this or that fake painting, or if he could lend us his one-of-a-kind condo sprawl (it was a sprawl) for a shoot of lavish table arrangements.

Teyet was an art collector like no other—and hoarder of all kinds of objects, including fashion accessories from the Op Art era of the ’60s. Collecting was an obsession which began when he was still a chemistry student in Switzerland, and was fine-tuned to near-perfection with his friends like foremost and pioneering art collector Don Luis Araneta.

In the coterie of Imelda Marcos in the ’80s, Teyet was an interesting character whose quotes would regale the powers-that-be, yet were hardly recorded by media.

I was fortunate that he drew me into his circle and that I gained his trust—his and that of his bosom friend/arch opponent Pitoy Moreno.

Teyet loved to entertain us in his home, in his many homes, and he began the art of styling weddings of the children of his friends. Not before long, many entrepreneurs turned that into a business, and now it’s a huge industry.

Teyet was one of a kind.

Este—My school friend who died last year of breast cancer. Her last text message to me was “Later,” after I asked her how she was doing that day in the hospital. Not known to me, she was already being put under sedation at that moment, and perhaps chose not to say goodbye.

Daddy—Passed away two years ago, around this time. In his final ailing months, I gave him a simple Nokia which he could press any time he wanted, a direct link to me every time I was in the office. He couldn’t text any more, but he could raise the phone to his ear to hear my voice. A connection between a father and his daughter—nobody can delete that, ever.