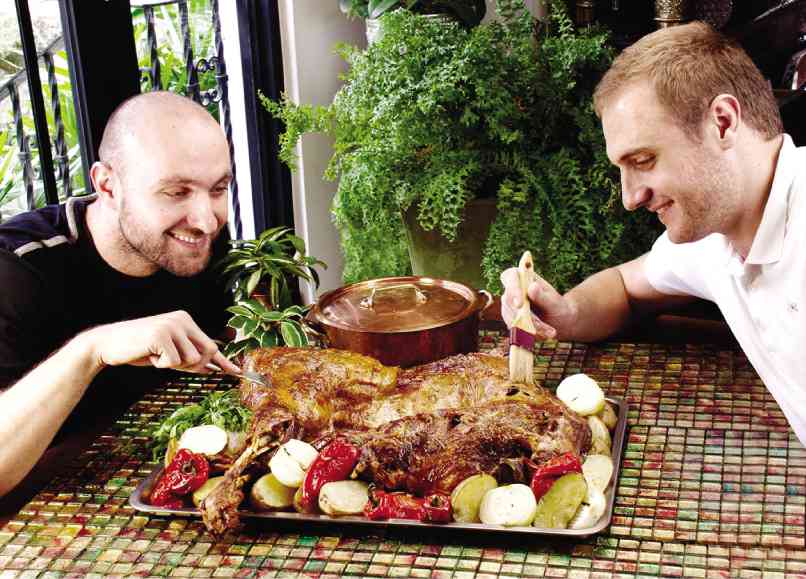 Balkan cuisine is simple but tasty

The Batricevic brothers are no strangers to the food business. Their father, Momcilo, owns a restaurant, Gradska Kafana, that serves traditional Serbian food in their hometown in Vrbas, Northern Serbia, close to the border of Hungary.

Upon the invitation of friends, the brothers were asked to set up a Balkan cuisine restaurant in the Philippines and manage it.

In 2010 their first restaurant, Balkan Express, opened in San Juan.

Two more branches have since opened.

“I grew up here (in Manila),” says Marko Batricevic. “This is where I have made long-lasting ties and spent the best years of my life. This is why I encouraged my brother Martin to come over and join me. I was certain that he would love it here, too.”

The brothers highlight their father’s specialties in the Balkan restaurants. They have been upgrading the menu with the help of visiting chef Dragana Gudovic, who for 13 years had worked at their father’s restaurant.

Dragana, who’s in Manila for a month, will offer the best dishes of Serbia as well as the specialties of other Balkan states.

Marko says that Serbian eating habits are traditional: “We have three meals a day, lunch being the main, and it’s usually with the family.”

Their main dishes are mostly prepared by stewing, grilling and baking. They’re eaten with bread and potatoes.

Their cuisine is influenced by Eastern European and Mediterranean flavors.

From the dishes served at Balkan, I fell in love with the boiled lamb. To be honest, there was nothing out of the ordinary about the dish; it was very much like our nilaga, except that the meat used was lamb.

And I like boiled lamb for the same reasons that Filipinos take comfort in a bowl of well-done nilaga. The tender fall-of-the-bone meat (especially by the ribs rippled with just the right amount of fat)—slow-cooked for hours—was very flavorful.

Enjoyed with boiled potatoes and carrots, this was heavenly despite its simplicity. There was nothing added to mask the distinct flavor of the lamb.

Another personal favorite was the sarma—pickled cabbage rolls stuffed with cured meats and ground beef. At first bite it was a bit sour, spicy, salty, meaty and tasty. The cabbage, though soft and tender, still gave a nice, firm bite.

Balkan cuisine, I learned, is very simple. Spices and herbs are not often added to the dishes. Its delicious taste could be largely attributed to the process of cooking everything slow, with just salt and pepper thrown in, allowing the natural flavors of each ingredient to lend its flavor to the dish.

The grilled items are no different, seasoned more often with just salt and pepper before grilling.

During Christmas, the brothers say they eat a lot of roasts, especially roasted pig, roast lamb and sarma.

To bring the holiday flavors of their homeland to the Philippines, the brothers’ Balkan restaurants are now accepting orders for their traditional Christmas Roasts for takeout:

Jagnjece Pecenje—delectable, fall-off-the-bone roasted lamb (½ lamb, approximately 9 kilos, with roasted potatoes, marinated stuffed bell peppers or garlic rice tossed in lamb drippings (gravy and mint jelly). I had the privilege of tasting this when Dragana and the Batricevic brothers cooked it. Very delicious, crisp salted on the outside, soft and tender on the inside.

Prasece Pecenje—roasted pig with Russian salad or roasted vegetables and drippings. The pig is slow-roasted for four hours while being basted time and again with its drippings. The result: pig with crisp salted skin and meat that is soft and succulent.

Boiled lamb, though not a holiday dish, will also be offered for takeout. It is something to consider when you crave for comfort food with a twist. This hits the spot!