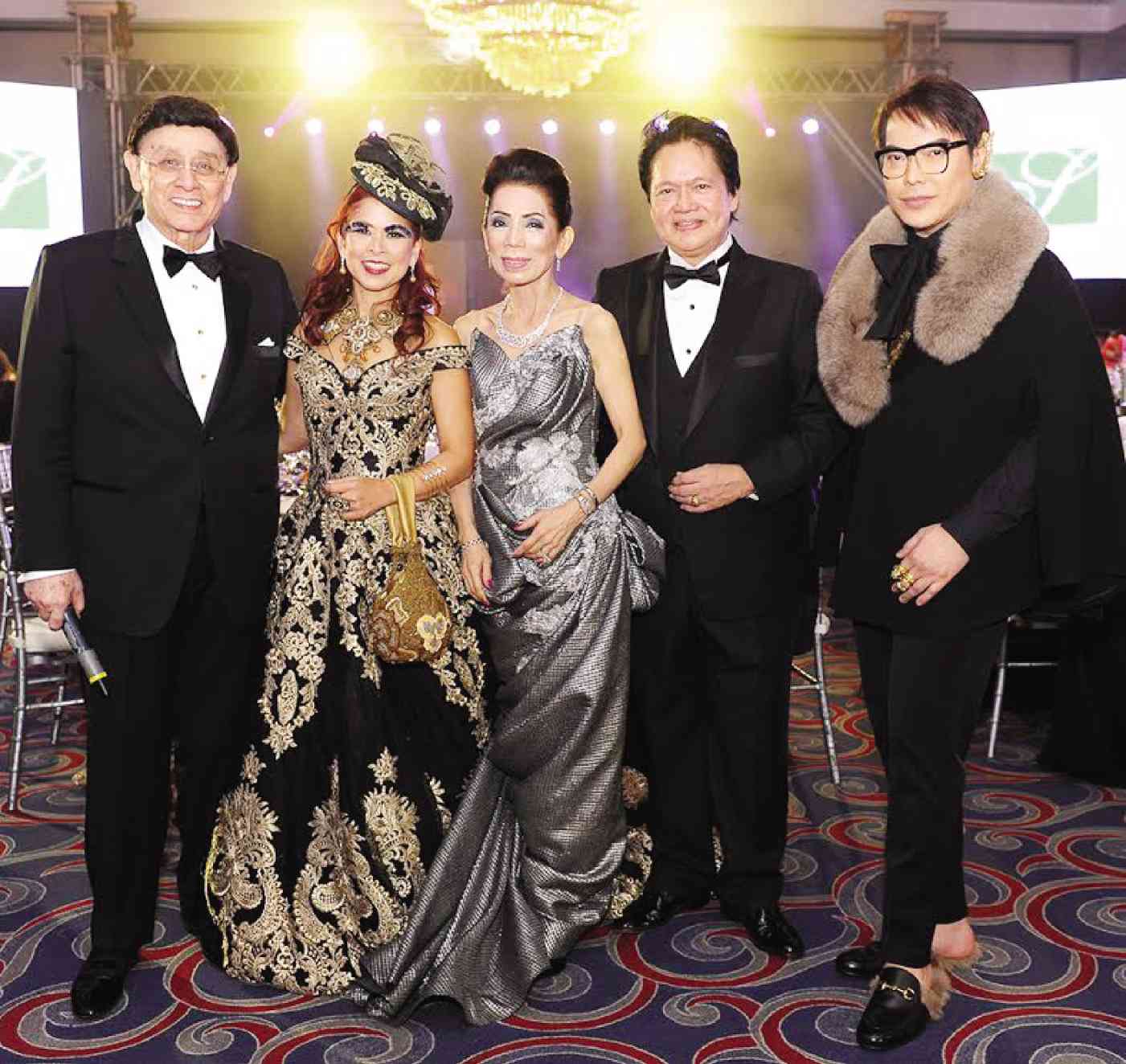 A few quick trips to the Queen City of the South

CEBU is like my second home. I was there twice last week for two separate celebrations: Kandaya Resort’s first anniversary, and the SM Seaside City Cebu grand opening.

For the first trip, my hubby Dennis and I joined several celebrity and media friends at the glitzy Kandaya Resort, a sprawling, white sand beach-front resort and spa at the northern tip of Cebu.

This five-star resort has beach villas with private pools and resort suites with well-appointed interiors. We also thoroughly enjoyed the spa with its extensive range of treatments. It is also a short boat ride from Malapascua Island and its bevy of diving attractions.

Martin Yeung, the hands-on owner and manager of Kandaya, threw a festive African-inspired anniversary fete starting with poolside cocktails with fire dancers and warriors in G-strings providing the, shall we say, excitement.

His parents, Mariquita and Carlos Yeung, took the occasion to celebrate their 37th wedding anniversary, complete with a massive cake served in the main dining hall, Kusina.

I was lucky to win Best Female Costume, but really, my effort paled beside Sun Shimura, who came in full body paint to win Best Male Costume. Our prizes were overnight stays at Kandaya, so I guess I will be back in paradise pretty soon.

I flew back to Manila for the launch of the sixth “Faaabvlous” coffee-table book by internationally acclaimed photographer Rupert Jacinto at The Peninsula Manila.

Also at the Pen that evening was a dinner for Louis XIII cognac from Rémy Martin. Old Manila was transformed into a private table for the 40 distinguished guests of the world’s most respected and iconic cognac.

Old Manila was the perfect backdrop to Louis XIII. Beautifully lit display cases featured special and rare decanters of the cognac. Also on display were Breguet watches, which may just be the perfect brand accompaniment possible to the cognac.

Chian Mei Gan, international ambassador for Louis XIII, flew in from the town of Cognac, France, to be part of the event. She related the passion, complexity and tradition behind the creation of every decanter of Louis XIII. The highlight was the opening of a special decanter of Louis XIII for the guests to enjoy.

Indeed, Louis XIII has the most legendary history, having been created in 1874. Cognac is specifically made in the region of France with the same name, and for Rémy Martin, the site located at the Grande Champagne is rated as the best location where the finest cognac is made.

The next day, I headed back to Cebu via AirAsia to catch the grand opening of SM Seaside City Cebu. Shoppers from the Queen City of the South, as well as visitors from Manila and international partners, were all around to witness the opening, in the SM tradition, as Hans Sy, president of SM Prime Holdings, opened the doors to welcome the first wave of shoppers.

SM Seaside City Cebu shows the great faith of the SM Group in the city of Cebu and the entire island, as it is the third SM mall there, aside from SM City Cebu and SM City Consolacion. The mall is also the largest in the country, and a wholly environmentally sustainable urban center, located on the waterfront of Cebu’s famed South Road Properties (SRP).

Designed by Arquitectonica, an international architecture, interior design and planning firm from Miami, Florida, this grand, first of its kind, urban development at the SRP will be a land-mark in the region, transforming the way people live, work and play in this community.

When completed, the complex will include residential towers, hotels, a convention and exhibition center, a school and hospital.

Just as the SM Mall of Asia has the “Globe,” a sculpture serving as its iconic landmark, SM Seaside City Cebu has the “Cube,” a steel sculptural piece with each side measuring a full 21 meters long. That’s the perfect symbol of strength and stability for SM Seaside City Cebu, a tribute to the resilience of the Cebuanos in particular and Pinoys in general.

I can hardly wait to get back to Cebu and spend a few days shopping at SM Seaside City Cebu and Watsons Cebu. Seaside City is so huge that it will certainly take more than a day to completely cover all the stores!