A cardio-dance workshop that can change your life | Lifestyle.INQ ❮ ❯ 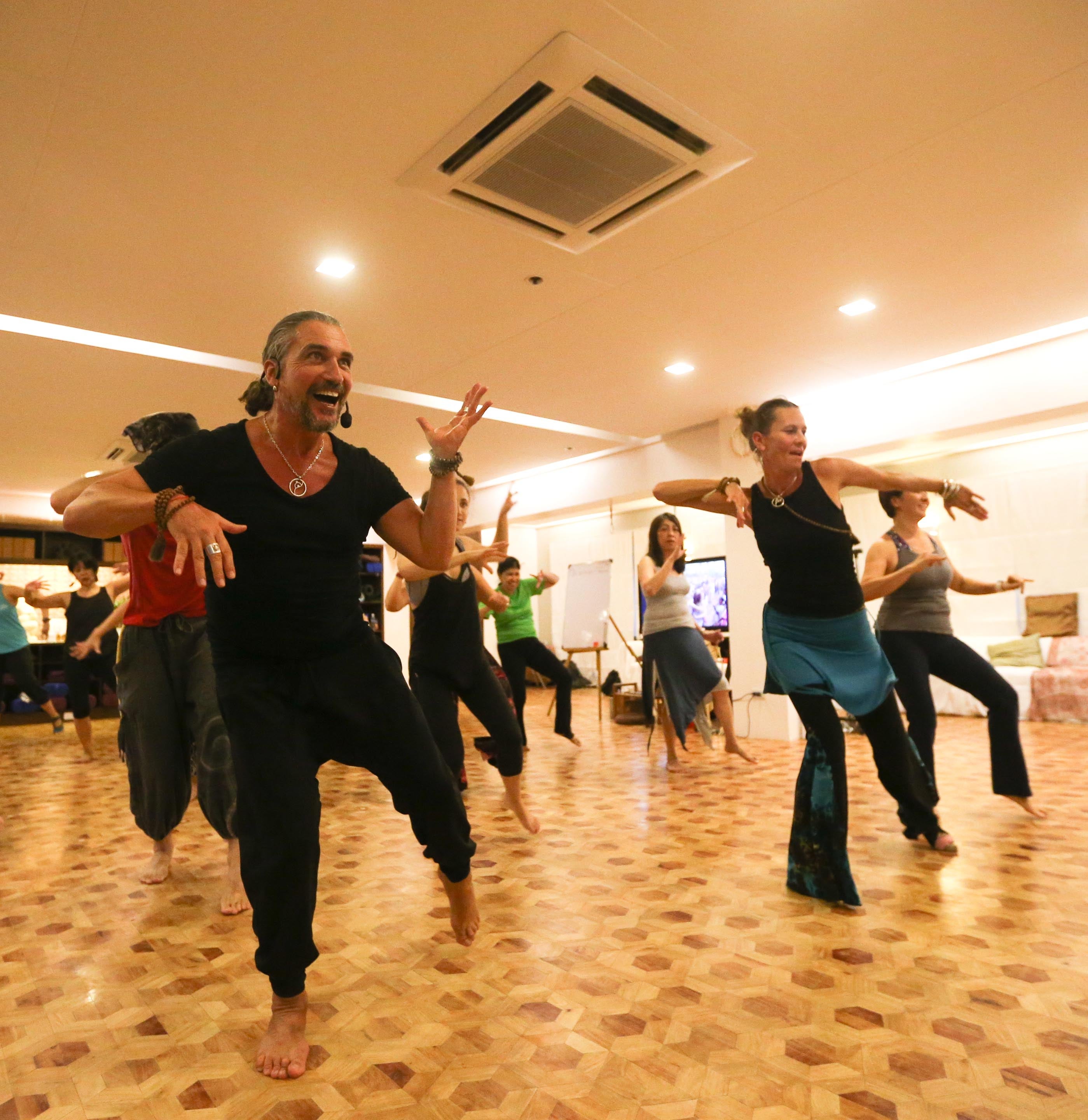 ZWEIG: “There has to be joy when you’re moving. When we learn how to access that joy, we will begin to love moving.”

A cardio-dance workshop that can change your life

It all starts with mindful movement. When we move with intent, it is not just our bodies that undergo physical transformation, but our mental, emotional and spiritual states as well. Negative or positive thoughts can influence the body’s complex neuromuscular network.

“Your body has such an impact on all levels of your being. Your emotions are calmer, your mind is clearer, and your spirit is more open to receiving. Always start with the body. That is your vehicle in life,” said Sabine Zweig, Nia black belt trainer, who was in town recently with her partner, Philippe Beaufour, also a Nia black belt instructor, to train trainers.

The couple, one of the world’s most sought-after Nia instructors, conducted a weeklong training and class session that attracted not only every single Nia instructor in the country, but Nia instructors from all over Asia.

Nia is a movement practice anchored on the principle of moving the body the way it was meant to. It incorporates martial arts, dance, and healing arts in a one-hour class.

We are not aware of it, said Beaufour, but there’s a sensory intelligence connected to a movement that the body recognizes. When all joints move together in support of each other, a self-healing practice begins.

Zweig knows this by experience. An architect in Germany by profession, she was born with a lymphatic disease, a genetic, progressive illness. The left side of her body, she said, did not develop enough lymph nodes and lymph capillaries.

As a result, her left side was almost immobile, always felt heavy, and was weaker and painful. Being in and out hospitals was a major part of her childhood, as well as operations for treatments.

This condition led her to seek relief elsewhere. As a teen, she turned to dancing for comfort, but it was not until she was 25 that she stumbled into Nia. She had to travel to India for work and discovered yoga, which eventually led her to Nia.

“The body is always looking for comfort and pleasure,” Zweig said. “It is a design piece, with joints, muscles, ligaments. We use the architecture of the body, and move it the way it was designed to move. In Nia we call this a little repair work.”

Today, her annual trips to the hospital are shorter (they used to last up to six weeks each time). Her body, she said, developed differently from that of other patients who are not moving as much.

By movement, Zweig means the fluid movements of dance and martial arts, not the repetitive, almost robotic movement of, say, lifting weights. “There has to be joy when you’re moving,” she said. “When we learn how to access that joy, we love to move.”

Moving with joy, like the movements learned and practiced in Nia, is a natural sensation, like a child jumping around when he or she is happy.

“A dolphin jumps in the water to play and to be with life,” Zweig noted. “We call this the life-force energy, which is accessible through the joy of movement.”

Nia, like all cardio-dance workouts, involves streaming good music during its classes. The pleasure that music brings helps the body “feed” other parts that may be in pain. This helps students become aware of how their bodies move in space.

When this connection happens, healing can begin—first in the physical body, then toward the mind, emotions and spirit.

It’s a cardio workout that also addresses other parts of your entire being, Zweig said, and eventually changes your life.

“There are nine movement forms included in the practice,” said Beaufour. “It is not the same as walking or running on a treadmill, because with Nia you integrate many different energies. This is functional movement, something that respects the design and function of the body.”

Beaufour was a martial arts practitioner, a disciple of tai chi, qigong and kung fu before he met Zweig in India and was introduced to Nia. He had been looking for a class that combined martial arts and music.

“Nia has the punch and kicks,” he said, “plus dance and healing yoga… People think dance is very feminine, but the energy of marital arts is very raw.”

For Zweig, Nia is a way of life. She said she feels much better and healthier now at 45 than she did when she was 25. The daily Nia practice has helped get rid of her issues, release the pain, focus on the now, and become happier.

“Nia is the representation of all kinds of energies that are moving you through life,” Zweig said. “When the body is looking for pleasure and comfort, something almost magical is going to happen. I dream of having politicians dancing before a meeting. Then there will be joy and peace.”