Why not let the seniors run Baguio? | Lifestyle.INQ ❮ ❯ 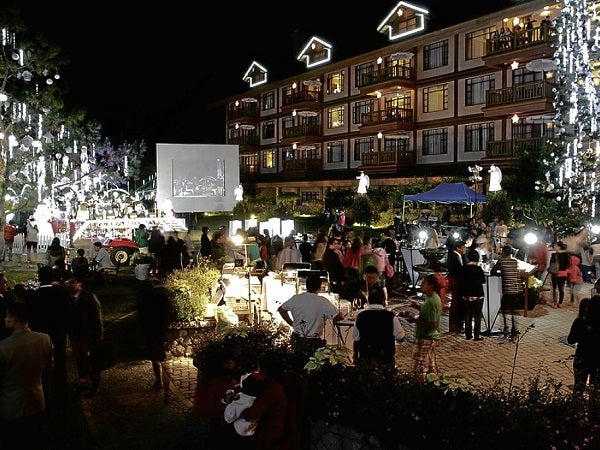 Why not let the seniors run Baguio?

We are mountain people. Given a choice between sea and mountain, Vergel and I would go for the long climb to the cool mountain air among the tall pines of Baguio any time. But twice a year is about all the chance we get to do that, and each time my heart breaks a little.

The sweet memories of the Baguio of my youth are either gone or going, and what remains, like its premier road, Session, and the premier park where it leads, Burnham, is hardly recognizable; it has been crowded out.

There were crowds at the Manor, too, the modern hotel that has taken the place of the quaint and storied Pines, itself demolished many years ago to make way for another SM. That was where we stayed, and, sitting in its dining room for all of two hours, the first two hours of our stay, we didn’t recognize a single face among those coming and going; in fact, we spent all three days among strangers.

But our eight-year-old granddaughter, Mona, managed to have fleeting fun with playmates who were themselves complete strangers. She hardly remembered anyone’s name except for one Kate. They may themselves only remember her, if at all, as Helen—she played Helen in their Trojan war games.

For us adults, the trip will be memorable at least for lessons on how not to run a hotel. If it hadn’t happened to us, I wouldn’t have believed it.

We must have reserved very early, because we got a one-bedroom garden suite overlooking the vast Manor lawn for three pre-Christmas nights at 50 percent off. It seemed a good buy, even if we had to pay in advance and were given a deadline too early for an emergency back-out.

Replying to a text from the Manor asking what time we were arriving, I said, “Around lunchtime,” and got a strange second text: “Check-in time is 2:30, if you come earlier, subject to room availability.”

It sounded unwelcoming, indeed made no sense—we had long prebooked and prepaid for a particular room.

Things had definitely changed at the Manor since we were there last, only a year ago, and my husband, a skeptic by profession, began to wonder if all this had to do with the legal dispute and the consequent bitterness and uncertainties surrounding the place.

Delayed by a late start and some rain, and with neither a proper breakfast nor a proper lunch, we arrived way past lunchtime, around 4, famished.

After registering and putting our stuff away, we headed for the main restaurant. On the grounds it looked out on, a concert was about to begin.

Just as we were feeling lucky, we were stopped at the entrance to the nearly empty dining room and asked if we had reservation. “Reservation, for what—merienda?” I spoke back in hunger.

After some fuss we were led to a table; it faced a wall. The ones with a view, all empty, had “Reserved” signs sitting on them.

Tired and hungry, we settled for music without visuals, for songs without singers. We left the two girls at the entrance looking anxious, at a loss. They may have been told not to let anyone in till dinnertime, but were not quite ready for hotel guests who would eat anyone who got in the way of their rights.

I must concede food is their forte, pricey as in any multistarred hotel, but good. But the staff just didn’t seem to know that good service goes beyond looking good and a paste-on smile.

As we attacked our meal, a young couple with a small child came in; they got an even worse table, one against the wall. They asked if they could move to another table, but were apparently denied, because they upped and left.

Moments later, another scene: a waitress chasing after a waiter carrying something to the bar, half-screaming: “Naku mali; baka ma-charge sa akin ’yan!”

I thought there lay an explanation: The fear—of being charged for mistakes—is killing the natural and genuine Filipino hospitality.

Back in the restaurant the next night, we were again asked the snooty question, “Do you have a reservation?”

Tired, though now not so hungry, I told Vergel, “Let’s settle for room service.”

Apparently overhearing me, the maître d’ asked, “Are you hotel guests?” and told that we in fact were, promptly had a nice table set for us at the bar.

My granddaughter and Vergel shared a French onion soup, and she had some of my grilled lapu-lapu fillet.

Vergel had ordered baked Chilean bass, which took too long to fish. When it finally appeared, it had been fried, not baked. He sent it back.

Meanwhile, Mona and I were done with dinner and dessert. It had begun to rain; marshmallow roasting at the garden was off.

So I brought Mona back to the room for kasam-hotel Lani to give her a bath. When I returned to Vergel, after drying Mona’s hair, he had just begun on his bass, now properly baked.

Again, for all the bad service, the food was excellent. Also, the music at the bar was pleasant, soothing, and the fireplace gave a good warmth.

Nobody beats the Manor for Christmas entertainment. They have an authentic Nordic Santa, tall, rotund and ruddy-complexioned, and a real nice guy, too.

Baguio has everything retirees can enjoy, but if we allow every young Korean to learn his English in Baguio, his race may take it over. Still, I have no doubt good governance could still change things around.

I dream of a Baguio run by sentimental seniors, who have only fond memories to fire their mission. Seniors do tend to put themselves to the task as though their lives depended on it, and they’re probably right.

They will rid Baguio of garbage, pollution and crime, making it as safe and as hospitable as it used to be.

After all, anywhere seniors roost may well be their last earthly address.
But, of course, to attract quality seniors, Baguio must have a first-rate hospital, with a first-rate staff. It must have wheelchair-suited parks and sidewalks. Create a friendly habitat for seniors and, like fireflies, they will come.