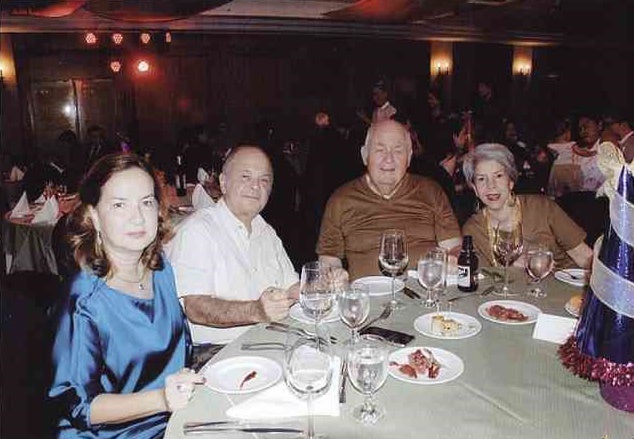 The traditional “Baile de Disfraces” at Casino Español de Cebu on New Year’s eve was one of the best in years. There was a good attendance, and the music had a special beat that urged many to take to the dance floor, with or without a partner.

“I’m so excited!” the band sang to a frenzied disco beat, and there was a chorus from the dance floor that echoed the exclamation. Best of all, there was a minimum of dance instructors and equally limp-wristed matrons.

Many attended the anticipated Mass celebrated by Msgr. Achilles Dakay, after which they trooped to the upper-level lobby to await the opening of the doors of Salon de España. No reservations had been allowed; as usual it was first come, first served.

Substantial tapas were served, while at a carving station an expert chef sliced paper-thin jamon serrano with dexterity. Each table had a card with the name of the waiter assigned to attend to the guests.

There was a hundred-percent presence by the club’s board of directors, some of whom figured in the costume parade. All accounted for: president Ed Gonzalez with wife Therese; vice president Luis Moro III with wife Lynn; secretary Edgar Chiongbian with wife Cely; treasurer Rene Kintanar with wife Joy; house chair Paco Jarque with wife Monique; director for sports Anton Perdices (honorary consul of Spain) with wife Maripaz; and director for cultural and social affairs Gabby Leyson with Tina Jordana.

Casino Español de Cebu general manager May Ocaba announced the start of the costume parade. Anticipation was great as many had registered for the various categories. While the judges deliberated, dinner was served at Salon Madrid.

As it has also become traditional, the club’s specialties were served on the buffet, with special stations to carve the juicy turkey, the delicious roast beef, and fresh sashimi from a huge tuna fish specially ordered from General Santos City.

There were desserts galore, the favorite being the home-made chocolates.

Great applause greeted the winners as their names were called to collect a plaque and a hefty cash prize, which made the effort of coming in costume worthwhile.

For the male individual category, the prizes went to Percy Llaban as King Abdul of Arabia, and runner-up Romy Hipolito as Iron-Man. Among the females, it was Lisette Garcia in a gown from the 1920s “Great Gatsby” novel, with runner-up Kathy Javellana as Avatar.

In the couple category, first prize went to Ed and Therese Gonzalez—they came as a fisherman with his mermaid catch, tail and all. Runner-up couple were Fritz and Pearle Strolz as the Swiss Alpine farmer and his city mouse, in authentic vintage costumes.

In the group category division I, the first prize was won by the “Star Wars”/“Pirates of the Caribbean” group of Louie and Lynn Moro, Anton and Mari Paz Perdices, and Sonny and Annabelle Alo.

The grand prize for the group division II was won by Paco and Monique Jarque, Andre and Maitina Borromeo, Alfonso and Meryl Martinez.

Second prize went to the El Camino Group, dressed in the togs they wore on a recent pilgrimage to Santiago de Compostela, and for which they had trained for months to be physically fit.

And then the band took over, dishing a felicitous repertory all the way till midnight. People embraced as they wished each other a happy new year.

To replenish energies at the lobby, hot bulalo soup was served with various condiments you could add according to taste. Also, there were luscious Cebu mangoes to eat with suman, which in Cebu is called budbud.

The celebration went on until the crack of dawn.