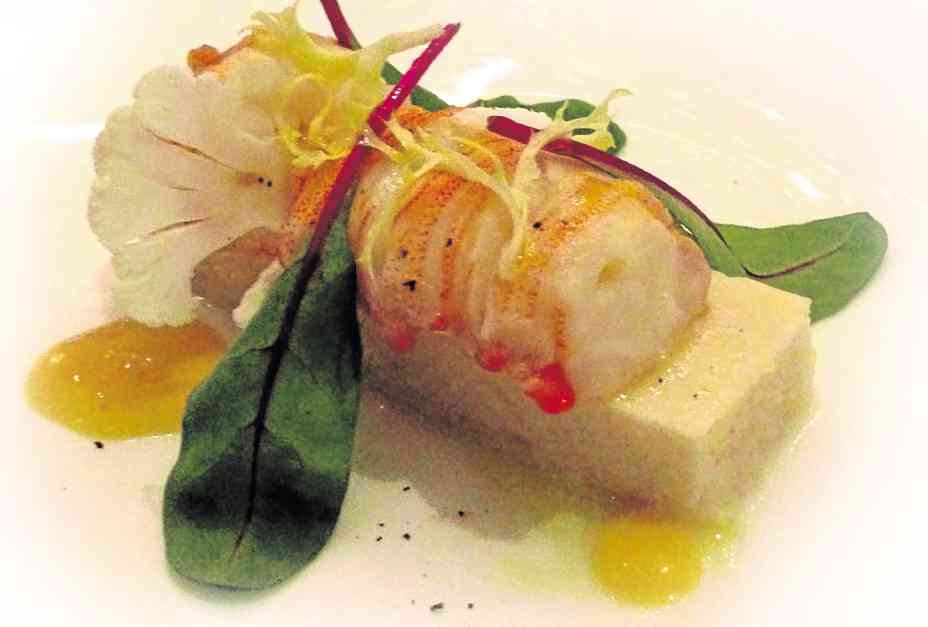 Fish cheeks braised in sauce and other seafood treats for Lent

Lent has started, and Catholics for centuries have been abstaining from eating meat during that Church season, a canonically required form of penance. Mainly because we’re a seafood-loving people, we find it easy to abstain. But today, fish may not be as available as before due to dwindling catch.

The Philippines has “more than 90 percent of fish stocks being overexploited or depleted [so that] returns per catch effort are at the lowest level ever recorded,” according to environmental NGOs like Greenpeace during the recent Sustainable Seafood Week.

Christian Schmidradner is general manager of Meliomar Inc., a fish processing and export company in the Philippines that sells tuna and mahi-mahi to European countries. He explained his company has been training small fishermen on how to keep the quality of the fish through tagging and documentation of harvest. He added “traceability” is a big movement in the food industry.

Schmidradner said the movement had been quite a struggle because it involved changing pernicious attitude. He said fishermen should be taught not to tarry and take a smoke before bringing in their haul ashore. Every minute lost in processing the catch degrades the quality, he explained.

Meliomar was an organizer of the Sustainable Seafood Week, and Schmidradner said sustainable fishing is supported by many premium hotels and restaurants in Metro Manila that need prime-quality fish in their kitchens.

For the closing dinner at Peninsula Manila, 10 chefs created a dinner menu of such tasteful quality not only because of the skills of the cooks but because of the top-grade ingredients used.

The naturally sweet-tasting poached slipper lobster was given added flavor by the orange emulsion made of reduced orange juice mixed with olive oil and resting on a cauliflower mousse.

The starter was by Mike Wehrle of Peninsula and Paul Lenz of Makati Shangri-La.

Unmistakable Thai flavors were in the sauce of curry and lemongrass cappuccino that bathed the calamari (pusit) stuffed with roasted duck. The dish was by Luis Cantons of Marco Polo Hotel Ortigas and Tobias Luger of Edsa Shangri-La.

Mahi-mahi (dolphin fish) shaped like a roulade and slow-cooked was accompanied by a crepe flavored and colored with squid ink contrasted with the yellowish Hollandaise sauce and a sprinkling of seaweed dust, all a collaboration of two Marriot Hotel Manila chefs Ren Joseph Casanova and Prince Patino.

A seatmate breathed a sigh of relief on reading that the next course was grilled steak. Yet it turned out to be tuna steak.

But the more interesting item was fish cheek gently braised in a sauce enriched by jamon iberico, which also was used to flavor the adlai, a cereal that has the look of fat grains of rice and can substitute for our staple food. Further added to the already rich flavors was smoked corn espuma (foam). The dish was by José Luis “Chele” Gonzales of Vask and Michael Luedtke of Hyatt City of Dreams.

Dessert by Xavier Castello of Peninsula used Filipino ingredients—Malagos chocolate from Davao, crunchy pinipig (youngrice) now in season and carabao milk ice cream—for a bar of mousse bordered by a choco slate and garnished beautifully with a cream foam on the side.

Dinner made us stray from our intended abstemious Lent. It may have to take several days of fasting to make up. But we will be sustained by the memories of the delicious dishes.

The chefs at the end of dinner showed they were united behind the cause of sustainability by signing a document. The small gesture should help ensure a future supply of top-quality marine ingredients in the kitchen. More important, it protects the environment, specifically our threatened seas.