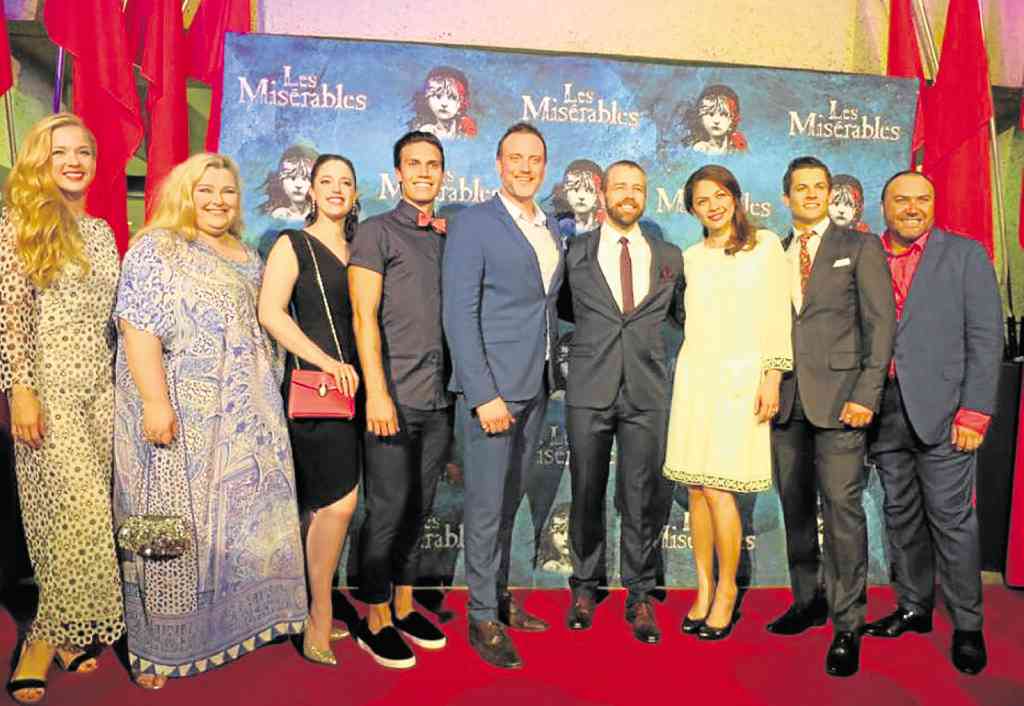 We were among four Manille lifestyle columnists who were jetted by Concertus via Philippine Airlines to Brisbane to watch “Les Misérables,” the same production that will be presented by Smart Infinity this month in the Philippines.

In Brisbane, buildings were decked with the “Les Mis” poster bearing the image of Cosette, one of the characters in the musical.

Projected on the façade of Brisbane’s Treasury Building were lights in red, white and blue—the colors of the French Revolution that forms the backdrop of the historical musical. Tres magnifique!

So enthralling was every scene, dahlings, we were sitting on the edge of our seat. The performers’ voices were so beautiful, they could make even the angels stand in rapt attention.

You must make it a point to see this musical which opened this week at Solaire Theatre.

Following an extensive search, “Les Mis” producer Cameron Mackintosh was thrilled to reveal the cast of the Manila production.

Playing Jean Valjean is Simon Gleeson, who has worked extensively in theater, film and television in Australia and the United Kingdom, including the West End. His portrayal of Valjean has earned him the Helpmann Award for Best Male Actor in a Musical in Australia.

Set against the backdrop of 19th-century revolutionary France, “Les Misérables” is one of the most popular musicals of all time, having been seen by over 70 million people worldwide in 42 countries and in 22 languages. It has won more than 125 awards including the Laurence Olivier, Tony and Drama Desk.

Written by Alain Boublil and Claude-Michel Schönberg and based on the novel by Victor Hugo, “Les Mis” opens tonight, March 11, at The Theatre at Solaire.

Tickets are selling faster than you can bat an eyelash, palangga.