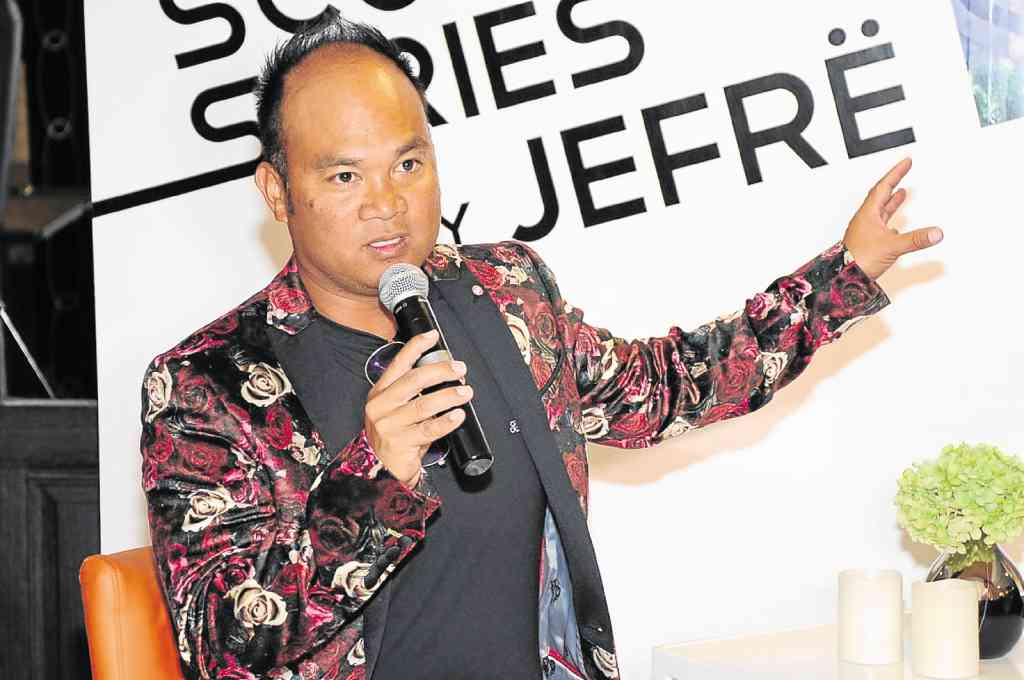 Standing five to six meters tall and made of steel painted in vibrant colors, these sculptures inspired by Philippine animals have since become favorite photo-op sites among mallgoers.

Influenced by the stacking architectural ribbons and the fluid interior spaces of SM Aura, the building form reminded Figueras of the living, functional landscape of the Banaue Rice Terraces.

Each piece was visualized as a series of vertical stagnant lines and, as one rotated around the piece, the lines appeared to extrude into a series of dynamic contour horizontal ribbons to metaphorically resemble various national animals of the Philippines.

The four contour sculptures took the form of the rooster, carabao, tarsier and the Philippine eagle. More than just exquisite sculptures, these animals were created to symbolize Filipinos aspirations and values.

Figueras described the Philippine eagle, one of the largest and most endangered species in the world, as a symbol of conservation and hope; the red carabao, on the other hand, stood for hard work and strength. The blue rooster was designed as a symbol of pride and vibrance; while the green tarsier, which is found in the southern part of the archipelago, was considered by Figueras as one of the most enduring symbols of the Philippine islands.

“What inspired me to do these pieces was that the whole SM Aura building was based on the idea of layering, very similar to the rice terraces of Banaue in the northern Philippines,” said Figueras.

A noted public artist, he has constructed several site-specific artworks in cities around the world, including London, Miami, New Orleans, Philadelphia, Abu Dhabi, San Antonio and, most recently, Manila.

He studied at the Art Institute of Chicago prior to receiving a Bachelor’s Degree in Landscape Architecture from Ohio State University. He was named one of seven “Faces of Design for 2007” by the Florida Inside Out architecture magazine for his environmental art and couture landscapes.

As a designer and public art initiator, his work originates from a deep understanding of the historical, environmental, social and contextual relationships influencing the site and the architecture.

In 2008, he launched his own couture landscape and public art studio with a focus on environmental art, green roofs, boutique plazas, and parks and public art master plans.

He was selected by the prestigious Marlborough Gallery in New York City as an “Up and Coming International Public Artist” and chosen by the Lexus Corp. to be the sixth member of its ECO Hybrid Living National Design Team to design carbon-neutral environments.

Figueras is passionate about sharing his public art initiative through his line of new interactive designs and upcoming projects.

The larger-than-life sculptures of the carabao, eagle and rooster are located at the Sky Park of SM Aura Premier while the tarsier is at the grand entrance of the mall.