Now that Digong’s been elected–so why did Zsa Zsa and Conrad split up? | Inquirer Lifestyle ❮ ❯ 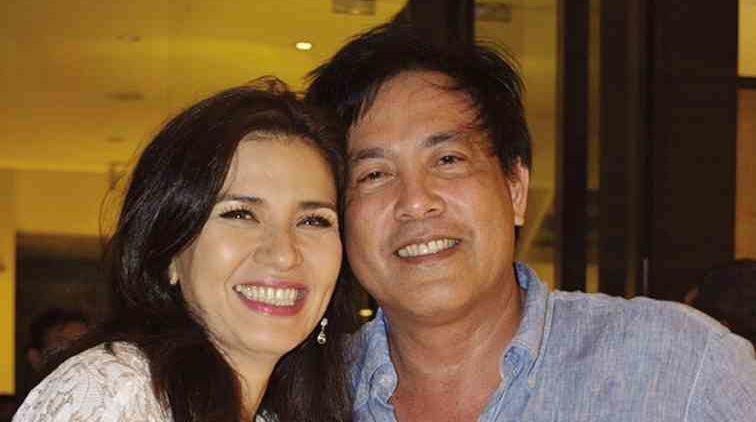 Now that Digong’s been elected–so why did Zsa Zsa and Conrad split up?

Now that we know who the new President is—and who the people with and behind him are—Lifestyle gets to the more pressing and pleasant matter at hand. Friends have been bugging me to answer: Why did Conrad Onglao and Zsa Zsa Padilla split up? Are they really off?

My perceived authority on the subject springs from the circumstances that Conrad is my friend and that it was to me that he and Zsa Zsa first talked about their relationship, about two years ago. We had dinner as I dropped in on them in Conrad’s Makati home.

“Actually parang lutang si Zsa Zsa. She looks uprooted,” a show biz media friend told us last week about how one of the country’s leading and most beautiful performers and actresses, Zsa Zsa Padilla, is like these days, after she admitted about two weeks ago that she had ended her two-year relationship with well-known architect Conrad Onglao.

Now looking at Conrad, sitting across from us over lunch, we felt that we could use that same, exact description.

Except—while Zsa Zsa issued an extremely brief statement that spoke of the relationship in the past tense (“We tried. It didn’t work.”), Onglao talked as if the relationship isn’t over —not yet. And he remains hopeful that they could get back together.

Talk of the town

The break-up of this celebrity couple has been the talk of the town recently, and it isn’t good that gossip/reports have been nasty about Conrad, prodding his friends to ask me to please write what I know, to be fair to both Conrad and Zsa Zsa whom we’ve seen to be so in love the past two years, and who shared each other’s world.

Sometime ago, Zsa Zsa even attended the launch of Hip Inquirer and Lifestyle’s “Best of Cocoon” coffee-table book, and quietly mingled with Conrad’s colleagues in design and architecture.

“He’s such a rock star pala, of architecture”—I remember Zsa Zsa telling me early on in their relationship as she got to know what Conrad has done in his field, and his landmark projects.

By the way, aside from his commercial projects, such as the Ayala properties (Seda Hotel), and high-end residential projects (the Zobels, Tony and Grace Tan Caktiong, among his clients), Conrad was also the architect who renovated Malacañang’s Bahay Pangarap, where President Aquino has stayed the past six years.

Zsa Zsa’s career, in turn, has been simply stellar, even as she was wife and nurturer of Dolphy.

So—people said then, theirs was a relationship made in celebrity heaven.

Likewise, we’ve seen how Conrad would go with Zsa Zsa to her “ASAP” show on Sundays, picking her up so that they could dine out after the show.

Conrad has also connected to Zsa Zsa’s show biz friends, from Sharon Cuneta-Pangilinan (who introduced them and played matchmaker) to “Juday” Agoncillo. So how could he be “condescending to show biz,” as earlier reports said?

Even our show biz media friend conceded that, as Zsa Zsa’s staff has told him, Conrad has been nice to them.

Conrad and especially Zsa Zsa have not been talking about their “breakup.” Even in the bare-all show biz universe, Zsa Zsa has been one classy woman who has kept mum about it, even as Conrad gets bashed in media; tough luck for a non-public and very private guy.

That Thursday lunch more than a week ago, Conrad seemed confused about what was happening.

It’s true, Conrad said, that Zsa Zsa just packed up her stuff in his house—they’ve been living in for some time—and told her assistant that they would be going home to Marina (her own house, which she shared with the late Dolphy), so that when Conrad got home from work, she was already gone.

Apparently, Conrad didn’t know Zsa Zsa was leaving. The night before she left, she was feeling under the weather, so Conrad prepared soup for her, gave her a massage and warm bath. The morning after, she seemed distant, and that night, she was gone.

When news broke that they had split up, after Zsa Zsa issued a statement, we texted Conrad to ask why; his reply was, “Did they say what happened?”

Little did I know that Conrad really felt at a loss as to what exactly had happened. We’re sure something triggered it.

Now, over lunch, even if you could see he wanted his friends’ shoulders to cry on, still he was guarding his and Zsa Zsa’s privacy.

He said that the morning after Zsa Zsa left, he sent food over to Marina, since Zsa Zsa was still sick, and after that, flowers and a long letter, asking her why and if they could talk things over. He also wrote her that if she really didn’t love him anymore, he’d rather that she tell him to his face.

Zsa Zsa had everything sent back except for the letters, and she wrote him a short note saying she’s tired and it’s over. She also returned the two rings he had given her—a Cartier “promise” ring and the diamond engagement ring he had custom-made for her.

Conrad’s calls and texts have been left unanswered. We woman friends then asked him why he didn’t drive over to her house in Marina, to get her back. (He was afraid she wouldn’t let him in.) But then, “Men are from Mars, Women are from Venus,” as they say. Men don’t love drama; women love rom-coms, if not teleserye.

Until Zsa Zsa called it off, she and Conrad had been planning to get married around this time, quietly. They were discussing matters concerning their forthcoming union.

“I love and respect her a lot,” Conrad told us. “Whatever issues we have are between us and hopefully we can work it out, and who knows maybe get back.”

So—there’s no third party involved. Tabloid news even accused Conrad of “verbal abuse,” which his friends found ridiculously false, if it wasn’t vicious.

“She’s the best thing that ever happened to me,” Conrad has told us about Zsa Zsa a number of times.

Ironically, before Christmas last year, over lunch, when Conrad and I got to talk about Zsa Zsa, he sounded not only so in love, but more important, very happy that he and Zsa Zsa had found each other. He left us, his friends, green with envy.

“It’s been a long journey, but the end was worth it,” he told us, referring to his other failed relationships (they were inevitably long relationships).

He talked about how he loved Zsa Zsa’s simplicity and her “exceptional character. She’s so fair,” he said. “She’s in show biz but her feet are so on the ground. She’s not demanding at all.”

He talked of their life together: “We just stay home. She goes to the gym. Then on Saturday we go to the weekend market. On Sundays, after the ‘ASAP’ show, we go to Mass, and end the day with dinner.”

At that lunch last year, Conrad also told us how getting married had always been the goal, and “preparing for old age together.”

But that was last year, way before the “breakup.”

At our recent lunch, Conrad said of their relationship, “I will fight for it. It’s worth it.”

However, Zsa Zsa has yet to take his calls or see him. But then, he turned to me and the other lady-who-lunches friend, and said that he’s also waiting for signs.

“If she doesn’t love me anymore, she can tell that to my face, but until then, there’s hope,” he said.

But then, that was more than a week ago.

In the meantime, let’s leave the two alone.

Now back to the Duterte presidency.