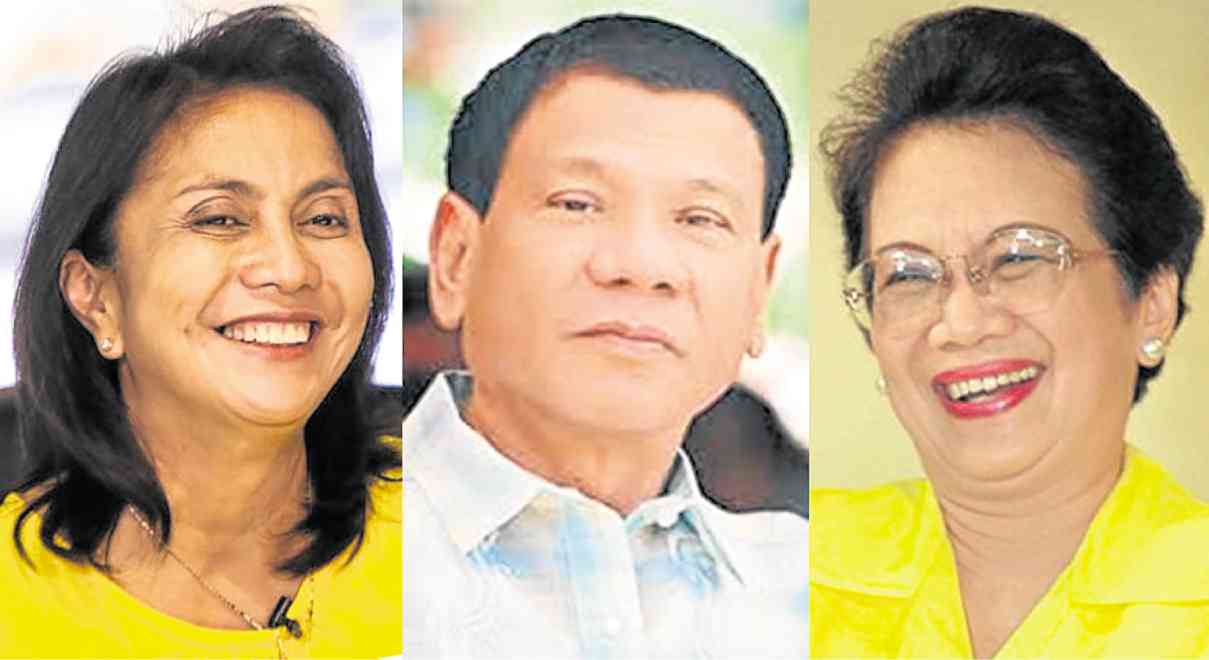 Your mantra for the week: “All I desire is mine now.”

I spent my grade school at Ateneo de Manila and all those years I have heard the phrase, “We are here to love and glorify God.”

What it meant at that time was that we were to follow the many commandments of the Church, like going to Mass and confession every Sunday, Holy Days of Obligation, and making sure that we pray the rosary as often as possible covering the Glorious, Sorrowful and Joyful Mysteries. (Recently Pope and now St. John Paul II added the Luminous Mystery.)

We were also given a list of ejaculations that we had to exclaim while prohibiting us from ejaculating sexually (euphemistically described during confession as playing with ourselves)—the only sin most of my classmates and I used to confess because what “mortal sin” could we have possibly committed at that age?

We were likewise told that  completing nine first Fridays of Mass and communion would guarantee our going to heaven. Well, I had completed 63 first Friday rituals which should entitle me to a few round-trip visits to “hell.” After all, God is everywhere!

I then became an agnostic because the only concept of God that I knew was the Catholic God, which was the Blessed Trinity.

In the process, I studied other religions and it was only when I discovered New Thought that I realized that the God I was looking for was all that time within me. This has been confirmed in Exodus 3:14, “I am that I am”—where else can our “I am” be but within.

In IAMISM, which I teach, loving and

glorifying God can be done very simply in our daily lives by first planting as much good as we can and expanding this by living the following:

1) Being healthy and whole, which means taking care of our bodies, nourishing it physically by eating the right food and adding spiritually invisible food like faith, confidence, joy, laughter and peace, knowing it is the Temple of Living Spirit.

2) Being prosperous, meaning self-sufficient and making sure we have a surplus that we can share with others.

3) Being loving and forgiving in all our relationships.

4) Being successful in whatever endeavor we pursue.

5) Using our God-given talents and abilities.

6) Practicing patience knowing that everyone is doing his/her best at any given time.

7) Being courageous and overcoming our fears, both real and imagined.

9) Not depending on others for our happiness.

10) Giving our “tenth” (tithing) to wherever we find our spiritual inspiration.

For those who may not believe in God, you can use all the above suggestions to glorify the Good.

On a warm late-afternoon in May, we walked through a red carpeted and Camelot-like canopied driveway with the artworks of Charito Bitanga-Peralta—displayed on both sides toward an air-conditioned tent set up in the lawn of the Makati Garden Club.

Later, we were led to Maria Luisa’s Garden Room where the book, “Woman, Thy Heart is Picasso,” was being launched with a poetry reading by the sparkling Tessie Tomas and stage actor Paolo Fabregas of the book written by Julie Bitanga-Lingan and artworks by Peralta.

Tessie and Paolo read sensual and seductive lines like, “Before and after his quivering undulations… around and around, up and down, inside and out… coming together and coming apart flexing muscles including those of the heart.”

All these were inspired by the provocative and captivating musings of the publisher and birthday celebrant Sandra Bitanga Jocson-Fernandez who also manages Maria Luisa’s.

Later, live classical music filled the air, performed by the Saraza family including celebrated Juilliard alumni violinist Diomedes Saraza Jr. who dedicated a few pieces as a tribute to Ms. Fernandez for playing an integral part in his education.

Clearly impressed were Tourism Secretary Mon Jimenez, who I am praying would be retained by the Duterte administration for his achievements; former MTRCB chair Manoling Morato, looking cool and well-rested; the ever animated Evelyn Forbes who has known me all her life; Ernie Fajardo of Liberty Mills; and my barkada, the fun couple Rene and Ann Puno.

“Woman, Thy Heart is Picasso” is a Bitanga collaboration on art, poetry and what goes on in a woman’s psyche. You can buy a copy at the Makati Garden Club; also available soon online through www.marquesa-con-clase.com. Go get one and discover how truly surreal a woman is.

In reference to why President-elect Rodrigo Duterte is not appointing Vice President-elect Leni Robredo to any other government position, he said recently, “My father was a close ally of Ferdinand Marcos and that alliance extended to my own career in government.” I wonder how I should take this statement.

Does it belong to his so-called preposterous statements, because records show that it was President Cory Aquino who first appointed him officer-in-charge as vice mayor of Davao after the Edsa Revolution.

Maybe, to console Sen. Ferdinand Marcos Jr. whom he called “my friend,” Duterte could have appointed Rep. Imelda Marcos as Secretary of Finance when Carlos Dominguez first hesitated to accept the position. That would make it truly more fun in the Philippines!

I wish Sen. Marcos Jr. would become more cognizant that the people who push him to file an electoral protest are just taking him for a ride. He should notice how much money he is still dishing out for so-called miscellaneous expenses.

Well, with so much more ill-gotten wealth as yet unshared, I trust Marcos Jr. will not back away from the protest so he can spend another P100 million which is clearly good for the economy.

During the recent elections, many people unfriended a lot of their friends, and until now they remain unfriended. That is how elections are in the Philippines. We do take sides to heart to a point that we are willing to give up people close to us.

However, I am not surprised because in the conclaves of the gated villages where the rich and the famous live, people are not only capable of unfriending, they can also “unfamily.” I can name a few who have even made this public.

Recently, someone even stood by this until death. In my belief system, they will have to meet again in future lives to settle their differences. To those who don’t care about this consequence, happy unfamilying to you.

Sison.com and www.iamism.org; listen to his “Positive Session” radio program on DWIZ 882 AM every Saturday, 9-10 p.m.