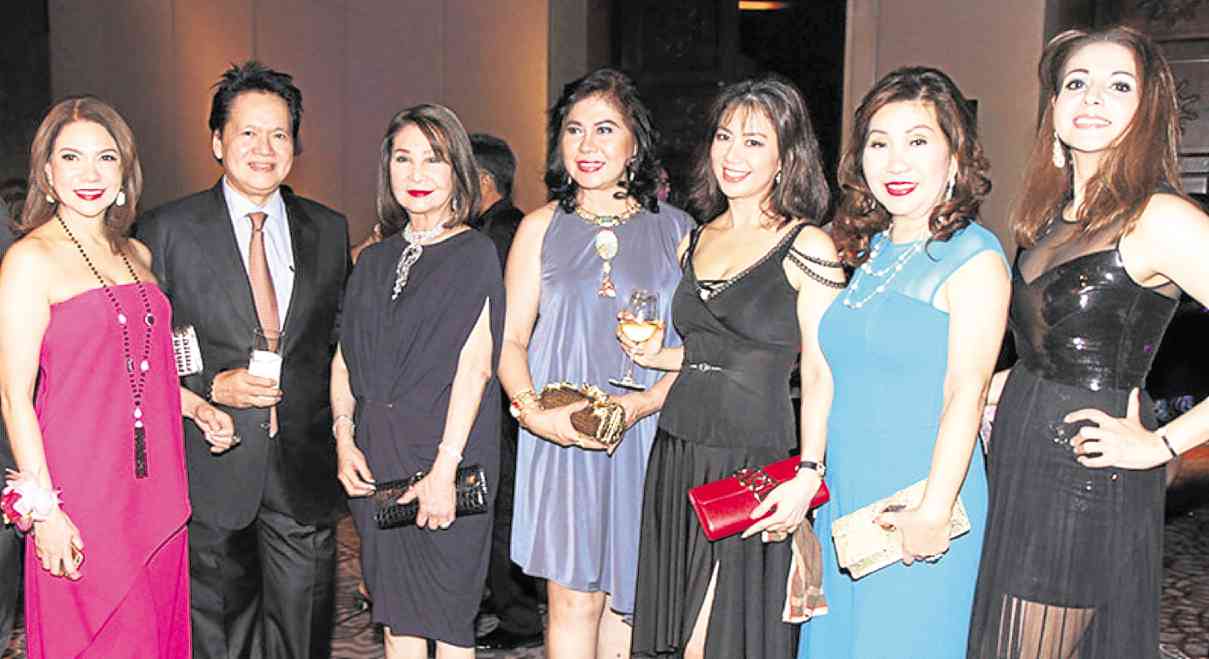 Your mantra for the week: “I focus on my dreams and, thus, they all come true.”

WHEN you can bring yourself to be truly still in mind and body and focus on the God within you, which is your I AM, do not be surprised to hear the following:

My beloved child, I created you in love. I gave you all the qualities I have. Let Me guide you to live your life in such a way that whatever you look upon and touch is blessed a millionfold.

You are in the world to make it a better place. Just by being a loving person, you would already have done much. Loving people means accepting them for what they are, wanting the very best for them and moving to help them get the best. Know that, as you live your life blessing all you look upon and touch, I AM directing and guiding you to move forward, pursue your dreams, and make them come true.

The kilig moment of last week was the first meeting of President Rody and Vice President Leni at Camp Aguinaldo. His intro was, “This is my first time to meet you personally, ma’am, and I would have preferred to be seated beside you but andiyan si defense secretary.”

That was followed by her courtesy call on the President at Malacañang, and culminated last Thursday in her appointment as secretary of the Housing and Urban Development Coordinating Council.

Many months ago, when I predicted that Rodrigo-Robredo would win the elections, and after he said that he would make Robredo his assistant president, I imagined for a moment a fairy tale love story where they would end up together, making Leni Robredo the vice president and at the same time the first lady. That would make the most kilig moment ever!

The colors of Freud

Last week, international photographer Rupert Jacinto, described by the Washington Post as the “Photographer to the Faaabulous,” exhibited another aspect of his artistry with a one-man show of his acrylic paintings, his fourth, called “Freudian Dreams.”

The exhibit, at Marriott Grand Ballroom Hotel, was sponsored by Calata Corp. and Marriott Manila and was ably emceed by Marriott’s marketing manager Mitch Garcia, who also played host. Unfortunately, the exhibit was for one-night only—just for four hours, to be exact—which did not give the guests a chance to really appreciate the artworks.

It’s a pity that even a well-attended exhibit filled with Rupert’s loyal clientele—mostly those who have been featured in his six Faaabulous coffee table books—did not really “see,” in the strict sense of the word, his latest works. The crowd mingled in front of the art pieces while chatting with friends and enjoying drinks courtesy of Titania Wines, and listening to Danny Favis on Willem Suijdam Manila Piano’s baby grand.

Despite all that, Rupert’s fans picked up a number of paintings: “Yearning” was Korean businessman Jack Noh’s choice; “Smoldering” was Dr. David Lim’s pick. Cherry Chua was enamored with “Seduction”; Wopsy and Agile Zamora favored “Endless Possibilities”; and Joel and Joy Rustia embraced “Crack at Dawn.”

Merci Padolina preferred “Angels in Paradise”; Teody Beunaflor brought home “In the Midst of Love and Joy”; and the “Flowering” went to Elsie Pascua.

Other interested parties were requesting Rupert for another chance to view the paintings before making their final choices.

I was so happy to run into Vicky Panlilio, who was wearing one of her mother’s necklaces that could easily buy out the whole Rupert Jacinto collection and then some. It was also nice conversing with Cindy Romualdez, who said, “There are not enough words to describe how much I enjoyed your column on de buena familia and the binuenas na familia.”

Ditto for my getting-to-know-you tête-à-tête with mother and daughter Mimi and Sarah Sison.

I suggested to Rupert that he either re-exhibit his paintings on hold an extended run in another hotel or gallery, or upload them online. Congratulations to Rupert Jacinto for his “Freudian Dreams.” His dream to be a successful painter is now his reality.

The King who’s now a queen

The story that has gone beyond Freudian is the tale of motel mogul Ian King, who has
announced that he is now a transwoman. Finally, Victoria’s (Court) secret is out—Ian is now a queen, as his brother says.

It brings to mind how Hollywood icon Cary Grant was rumored to wear women’s underwear because, as he reportedly said, “I like the feel of a ‘woman’ all day long.” Ian did Grant one better by becoming the woman Angelina Mead King.

A close friend of Ian says, “I could never imagine that this would happen. He was every inch what a macho man should be. He even carried a gun in a holster under his left arm, and was a lady’s man through and through.”

But as I have always claimed, every human being is, in essence, bisexual, and his preference can change depending on the environment and other relevant circumstances—physical, emotional or psychological.

A Muntinlupa warden who ministered to weddings inside the Muntinlupa jails related to me a story that is not only startling, but also reveals a different spectrum of human emotions and needs.

There was a couple who had been together for 20 years as inmates, and when one was finally freed after serving his 20-year sentence, he came home to find that his wife had already settled down with another man, and his children, who had their own private lives, hardly knew him.

In his loneliness, missing his 20-year partner in jail, he confessed to the crimes that his partner said he had committed but were never convicted for, so he could return to sharing life with him behind bars. If that is not a love story, nothing is.

I will not pretend to know Angelina’s reasons for his decision, but this is something that will be the norm as we approach the Age of Aquarius in 2032, and there would only be a few Marge Enriquezes left in the world who would get shocked at the transformation of Ian to Angelina.

What I would consider shocking is if, one day, Manong Chavit Singson decides to become a transwoman while enjoying all that jazz, and names himself “Chai Carreon.”

After clearing this item with him, he said, “Baka, George, hindi na umabot ng 2032.”