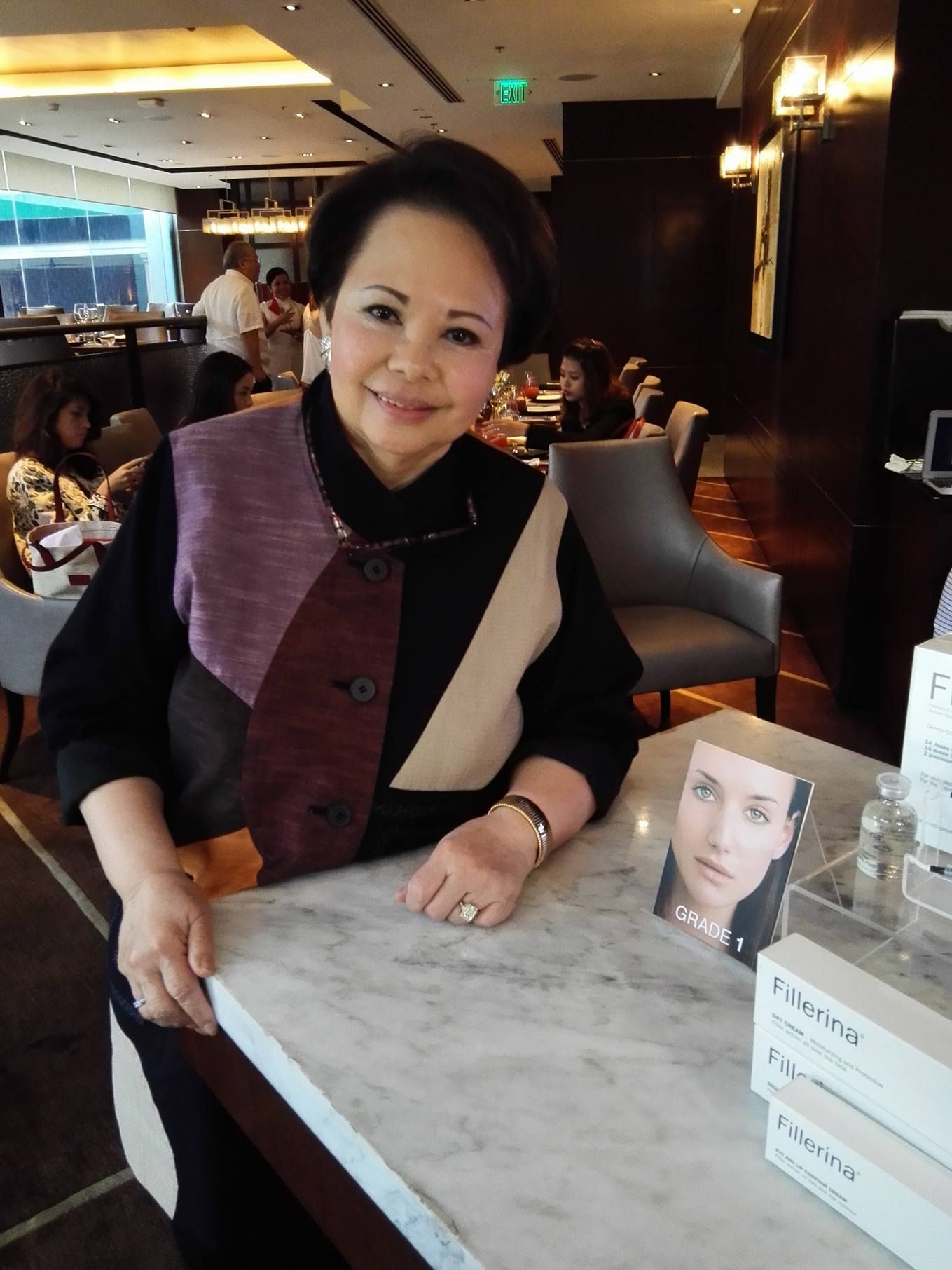 For fashion-obsessed Filipinos, the Vizcarra name is synonymous to handcrafted bags and home items made of wicker but in 1988, it started out as a small pharmaceutical company.

“We began by distributing a Hepatitis B vaccine,” said entrepreneur and matriarch Vicky Vizcarra Amalingan. A Korean manufacturer of the vaccine was looking for a Philippine distributor and her name had been mentioned. She was initially hesitant to enter the industry but after doing market study and seeking the advice of a medical doctor, she started what is now Vizcarra Pharmaceutical.

That the first product they began distributing was a hepatitis vaccine was particularly significant as Vicky’s mother Segundina died three years before from the infectious disease.

Fast-forward almost 30 years later and Vizcarra Pharmaceutical is now also the official distributor of Fillerina by Swiss laboratory Labo Cosprophar. It is described as the “first dermo-cosmetic filler for at-home use.”

Unlike other facial fillers that need to be administered via injection, the product which comes as filler gel and nourishing film is applied topically to the face and neck for a period of 14 days. This process can then be repeated up to three times throughout the year.

Fillerina contains six different Hyaluronic acids (HA) with varying molecular weights that draw and hold on to moisture resulting in skin that looks plumper, less lined. There are three different grades to choose from depending on the severity of one’s wrinkles. The full range includes a day and night cream along with a lip and eye contour cream.

Dermatologist Ma. Teresita Gabriel who spoke at the launch said that while the market is “flooded” with various HA-infused products, “some are simply more effective than others.”

“A key to HA’s efficiacy is its molecular weight. HA with heavier weights act on the top layers but lighter HA molecules can penetrate deep beneath the skin,” Dr. Gabriel said.

Users are instructed to drink two glasses of water prior to applying the product on cleansed skin; wait 10 minutes for the topically applied filler gel to dry before dotting and then spreading the nourishing film on the forehead, cheeks, nose, chin and neck; and keeping the product in the refrigerator to maintain its efficacy.

With her clear and supple skin, Vicky is a walking advertisement for the product.  “I’m 70-years-old and this is my secret,” she said.