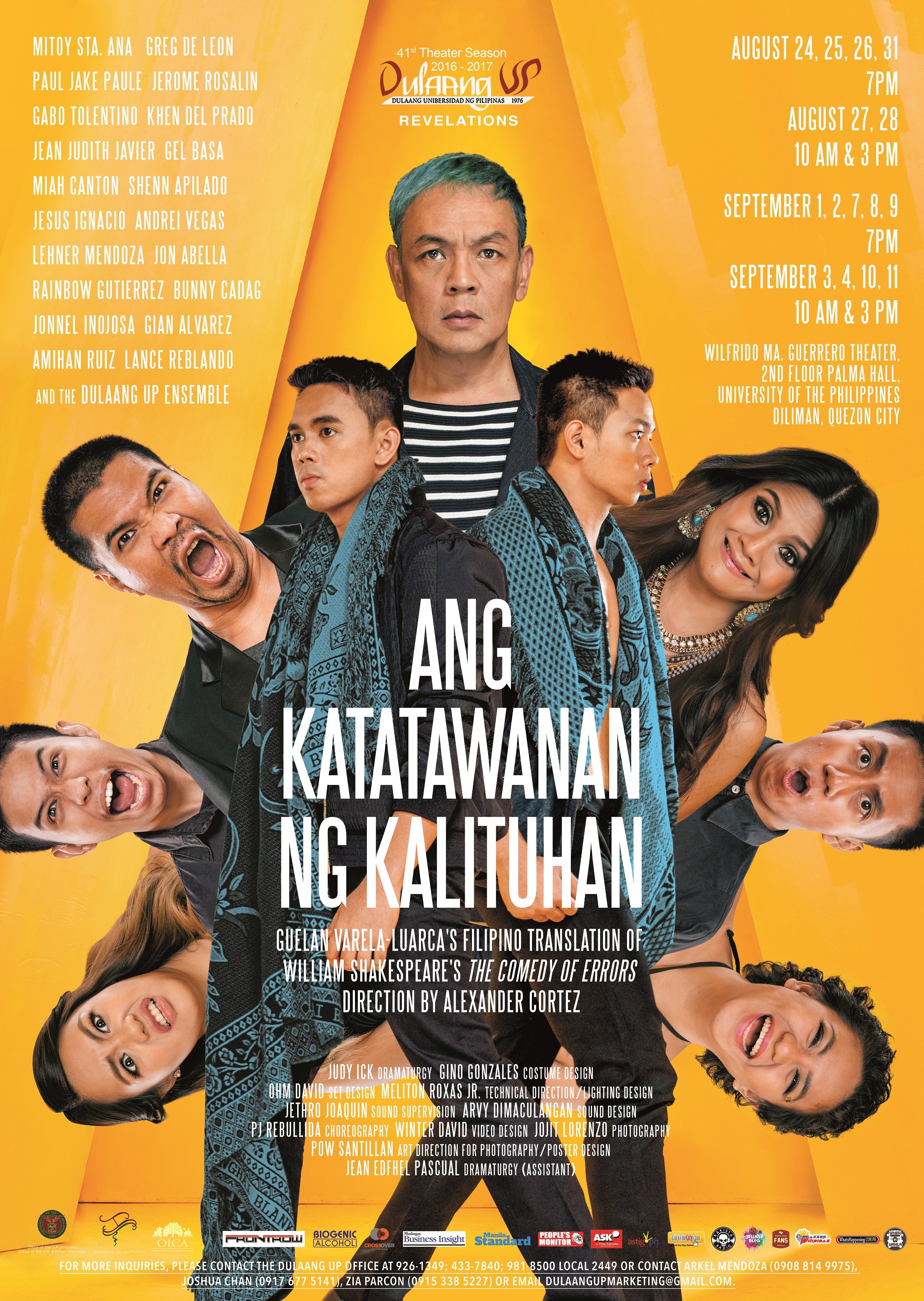 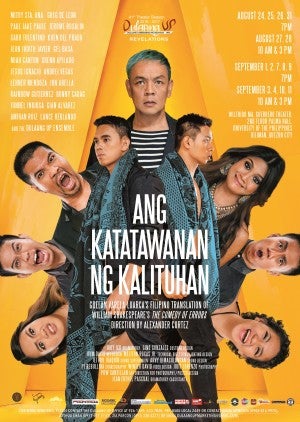 “Ang Katatawanan ng Kalituhan” merges the past and the present into a narrative of mistaken identities, loves lost and found, and families gone astray and made whole again.

The play revolves around a father named Egeon who searches for his identical twin sons, who were separated from him in a shipwreck long ago. He visits the city of Ephesus for this search without knowing that one of his missing sons, Antipholus of Syracuse, is also visiting the city. His other son, Antipholus of Ephesus, has become a prominent citizen in the city, and the presence of his  identical twin sons leads to confusion, and yes, a comedy of errors.