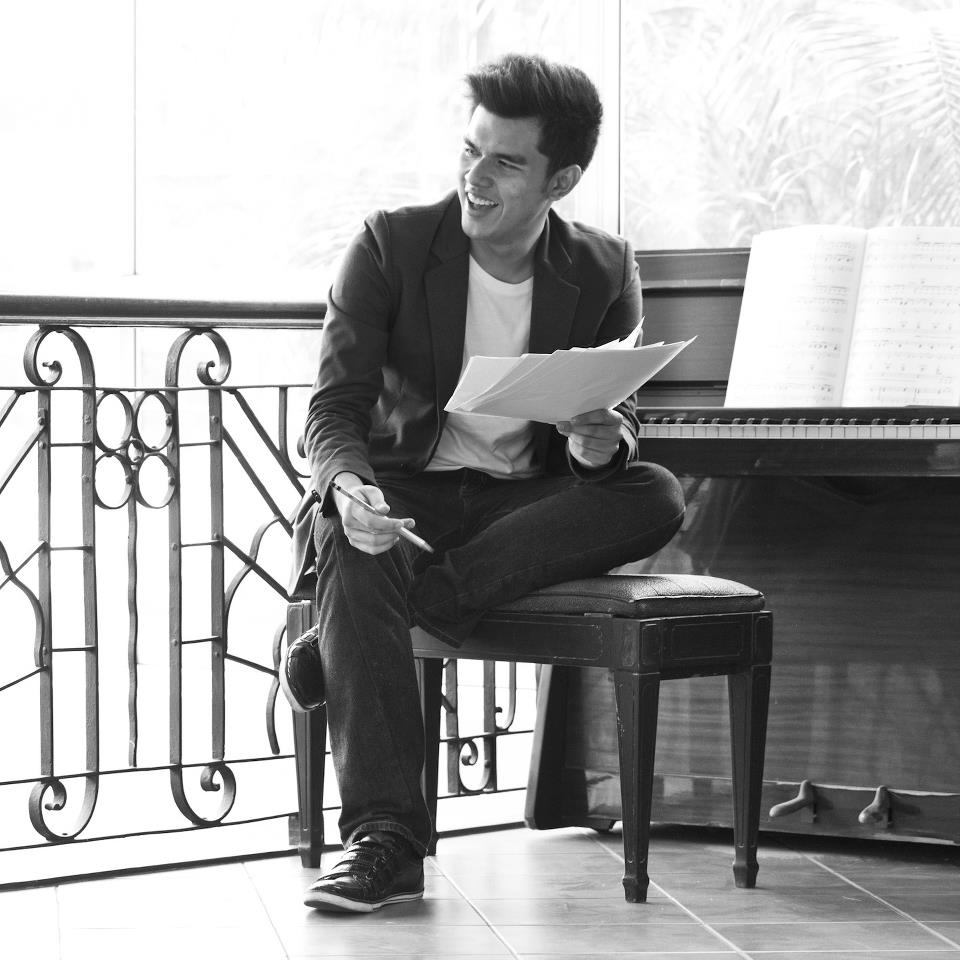 Ejay Yatco: “People should watch ‘Breaking the Fourth Wall’ because it’s a celebration of the ensemble in musical shows, and the larger theater community.” PHOTO FROM EJAY YATCO’S FB PAGE

Ejay Yatco, music wunderkind, is taking on ‘The Ensemble’

Ejay Yatco was only 22 when he wrote “Toilet The Musical,” a work that showed off his precocious, highly promising musical gifts by combining Broadway, classical, baroque, rock and pop. The Ateneo Blue Repertory staged it in 2014.

“It was inspired by my first heartbreak,” said Yatco, now 25, who graduated from  Ateneo de Manila University with a degree in management engineering.

“Probably the farthest thing from what I do now,” he said, “but it was in college when I joined Ateneo BlueRep that I learned how to do musical direction for shows.”

He began playing classical piano when he was six years old, and later took up four years of violin lessons and seven years of voice lessons.

Under Ateneo BlueRep, he served as musical director for such shows as “In The Heights,” “Spring Awakening,” “Company Call,” “Little Shop of Horrors” and “Edges.”

After “Toilet The Musical” came other original works: “Friction: A New Musical” for Fringe Manila in 2014; and “Bulong ni Rara” and “Real-life Fairytales” for The Sandbox Collective’s “Imaginarium” multi-arts festival, held at Peta Theater Center, also in 2014.

“Real-life Fairytales” will be restaged by Ateneo BlueRep in September this year, with “completely new arrangements and a new song.”

Besides doing originals, he did the musical arrangements for “Sa Wakas” in 2013, a blockbuster musical that used the discography of the pop-rock band Sugarfree.

“I think ‘Sa Wakas’ was groundbreaking back when it was first staged. If we were to restage the show, I would make some alterations and improvements with the musical arrangements,” he said. “The whole team is hoping for a restaging. There’s even a petition on Facebook to restage the show.”

In 2015, he was the assistant musical director for Dalanghita Productions’ smash hit “Kung Paano Ako Naging Leading Lady.” And this year, for MusicArtes’ “Godspell” and Repertory Philippines’ “Stepping Out,” he did triple duty as musical director, vocal coach and pianist.

In all these productions he was in the background, a name on the playbill, acknowledged during curtain calls.

But last year he stepped into the spotlight when he played the young Beethoven in Red Turnip Theater’s “33 Variations”—and got raves for his turn.

“I’m a huge Beethoven fan, so I loved every minute of the experience,” he said. “‘33 Variations’ is very close to my heart. It was a brand-new challenge where I had to be an actor and an instrumentalist at the same time.” 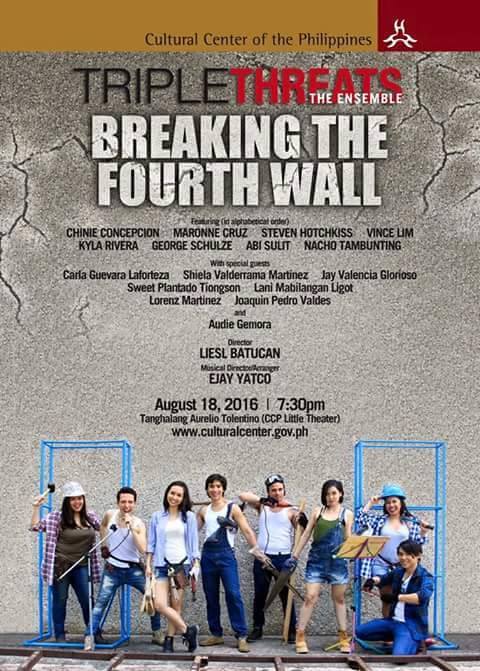 Yatco’s latest challenge is serving as musical director and arranger for “The Ensemble: Breaking the Fourth Wall,” the first in this year’s Triple Threats musical series of the Cultural Center of the Philippines (CCP). The show will be at CCP’s Tanghalang Aurelio Tolentino (Little Theater) on Aug. 18, 7:30 p.m.

This isn’t the first time that Yatco will be performing at CCP. He was a guest performer in the Triple Threat concerts of fellow musicians Vince de Jesus and Rony Fortich in the previous years. He was also part of the musical “The Boy In The Bathroom,” the concert “Musikal!” that featured over 200 Filipino musical-theater artists, and “Forte at 40,” a concert of 40 pianos.

Incidentally, Batucan was Yatco’s teacher in 2008 when he did his first theater workshop with Trumpets Playshop. “She got me involved in Triple Threats, and this is the first time we’d be working together since then,” he said.

“People should watch ‘Breaking the Fourth Wall’ because it’s a celebration of the ensemble in musical shows, and the larger theater community,” he added. “We’ll be performing various songs from popular musicals such as ‘Wicked,’ ‘Chicago,’ ‘A Chorus Line,’ ‘Pippin,’ ‘Rent,’ ‘Spring Awakening,’ ‘Once on This Island’ and many more. We’re doing around 19 songs and medleys. As for who will sing which songs, let’s keep it a surprise.

“The cast is amazing and they’ve been working so hard for the past months. The show puts the audience in the shoes of the actors and teaches them why actors do theater, despite all the hardships and challenges they face.”