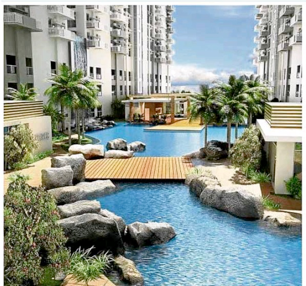 The business of building and selling homes has remained a bright spot for investors. 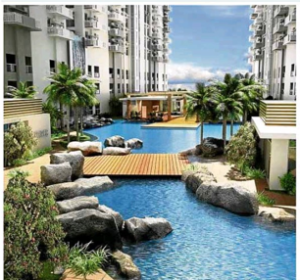 For a country that has yet to fully reach its maximum economic potential, the real estate industry is arguably among the sectors that could help contribute to the continued growth of the local economy.

Opportunities stemming from a housing backlog, rising demand for commercial and office spaces, and the growing requirements for industrial areas, have since offered investors numerous lucrative opportunities for further growth and expansion.

Certain periods in history, however, have tested the resilience of property developers, with only a few being able to rise above the crisis, and are now providing decent homes to Filipinos.

One such developer that went through a number of tumultuous economic cycles but has managed to come out unscathed would be trusted home developer Empire East Land Holdings Inc.

Established in 1994 initially as a unit of Megaworld Corp., Empire East has managed to face both bullish and bearish markets and still successfully build a number of landmark, mixedused developments targeted for the mid-market sector. This was deemed a more diverse group of potential buyers yearning to own a piece of the socalled “affordable luxury.”

So how did the company manage to survive the crisis, come out having a solid track record and enjoy the confidence of the mid-market segment?

The answer according to Empire East President and CEO Atty. Anthony Charlemagne Yu is quite simple: “You just have to continue to hold on to your commitment to the people and remain focused on what you do no matter how impossible it may seem. It is all about fulfilling promises and satisfying the need of a market who has long worked hard to realize and live the dream of owning a decent yet affordable home.”

“The company is driven by a strong passion and desire to provide decent affordable homes and to build sanctuaries where families can create wonderful memories that they can carry with them even after many years have passed. Through our home developments, we make our residents appreciate the value of spending quality time with their families. Simply put, we want every Empire East home to be the very foundation where values are taught and learned,” Yu explained.

The company further believes that to create a better world means to provide everyone a fair opportunity to gain access to a basic right such as housing.

And this is what Empire East has been doing over the last two decades when it started to provide Filipinos structurally sound and world-class developments. Meanwhile, here are some of the reasons why Empire East has remained resilient despite the stiff competition and the influx of new property developers.

Enviable lifestyle. Built with comfort and convenience of homeowners in mind, every Empire East development is equipped with facilities and features that would provide homeowners that ultimate satisfaction in terms of relaxation, coziness and warmth. With enhanced amenities to boot, every homeowner is guaranteed to live the life they’ve always wanted. This is why Empire East, today, continues to be highly regarded for its well-thought out amenities and intricately planned developments.

Modern interiors. With great minds on board, every Empire East development is sure to carry a modern, classy vibe that is not typically seen in other developments within the same category. With a strong desire to uplift the quality of life of its homeowners, the company employs a pool of talented individuals who comes up with innovative and sleek design ideas for its lobby, amenity and other common areas that make every Empire East development a perfect sanctuary that seamlessly combines modernity and warmth.

Privacy. Aware of how valuable privacy is to an individual, the proponents behind Empire East have always made sure that homeowners are given enough space and areas where they can enjoy the stillness of time without being disrupted or disturbed. With only a few units per floor, one is spared from having to contend with busy hallways and tight spaces, thus allowing unit owners to revel in a certain kind of peace and calmness right in their own homes. It also helps that Empire East makes sure that every homeowner is made aware of the rules and regulations set by the property management team to ensure order in the area at all times.

Working on the same mantra as the other Tan-led companies such as Megaworld Corp., which is highly regarded for spearheading the creation of township developments, Empire East homeowners are assured that the same innovative approach is followed in each of the company’s developments.

With every project built by Empire East, months of planning and consultations among the company’s group of experts are conducted to ensure the quality and sturdiness of the project.

Respite. With its strategic location, modern design and relaxing vibe one is assured of gaining access to a restful respite. Every Empire East development is tucked in an area that’s far from the usual hustle and bustle of the concrete jungle.

But this is not to say that the homeowners are deprived of the modern conveniences that cities have to offer.

If anything, this is what makes every Empire East development a practical investment as it offers the best of both worlds: a restful respite that a laid-back, rustic community has to offer and modern day conveniences the urban jungle can provide.

Environment friendly. Aware of its responsibility to mother nature, Empire East always makes it a point to create without destroying the natural structure of the land and to try preserve the pristine beauty of the area where it builds its developments. ADVT.