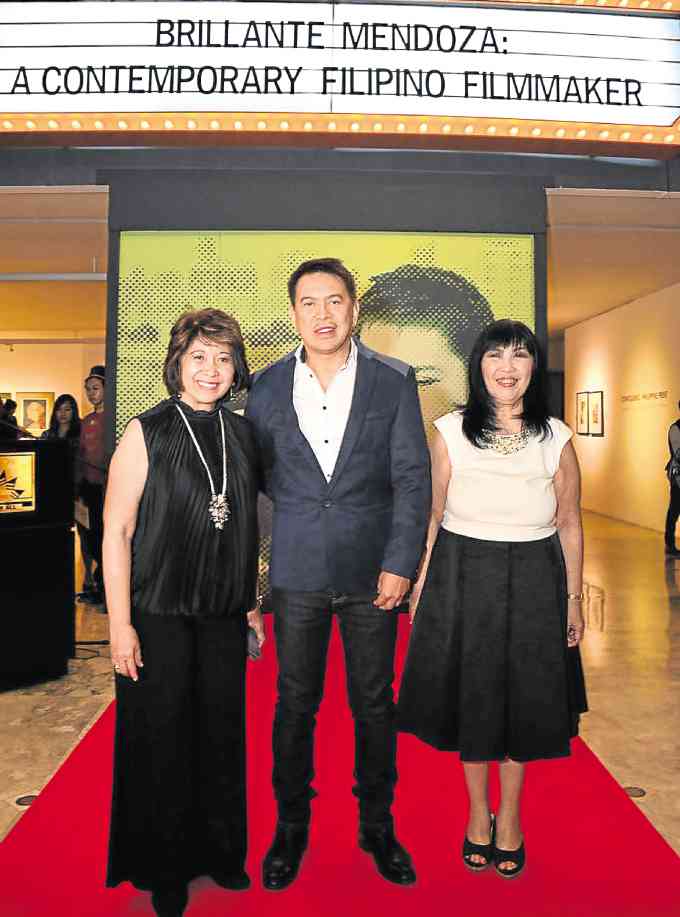 As part of its 40th anniversary celebration, palanggas, the Metropolitan Museum of Manila is holding the exhibit “Brillante Mendoza: A Contemporary Filipino Filmmaker.”

The exhibit is the first major retrospective on Mendoza, who took up fine arts at the University of Santo Tomas and became an award-winning production designer and advertising director in the 1980s before his directorial debut in 2005 with “Masahista,” which won best picture in the Locarno film festival in Switzerland. Exhibit surveys the full-length films, advocacy documentaries, and even TV commercials that showcase Mendoza’s excellent craftsmanship that has made him one of the world’s most celebrated filmmakers.

Mendoza is the first and only Southeast Asian to have won the Best Director prize at the Cannes Film Festival (he won for his 2009 film “Kinatay”). This year, his film “Ma’ Rosa” was in the main competition again of the Cannes and won for Jaclyn Jose the Best Actress award, the first for a Southeast Asian in the very prestigious French film fest.

“I wish to congratulate the Metropolitan Museum of Manila on its 40th anniversary, and I feel honored and privileged that this exhibit on my films will be part of the celebration,” said Mendoza. “While many of us consider films to be a form of entertainment, film, especially alternative cinema, has the ability to bridge gaps between cultures and continents. It can also make us aware of the stark realities of life in our midst.”

The MET exhibit is in partnership with SM and Center Stage Productions. It is supported by the National Commission for Culture and the Arts, Epson Philippines, Power Mac Center Inc., Max’s Restaurant and Manny O Wines.

Well-known photographer Alex Van Hagen delayed his birthday bash by a month to make sure it would be fun and perfect.

The afternoon merienda cena party was held at the gorgeous mansion of Tereret Tambunting Liboro in South Forbes Park, Makati. Food was catered by the Plaza of Millie Reyes. The presence of glamorous society women made the affair especially memorable.

Mila How jetted in late-ish from Singapore just to greet him.

The celebrator was at a loss for words and could not thank enough his party hosts and his guests.

We wish our dear Alex Van Hagen happy birthday and the best of health! May he have more birthdays to come.

Moi was in Cebu two weeks ago for a wedding of a close family friend, and the uncle of the bride invited us for dinner at the fabulous Pig & Palm, owned by Michelin-star British chef Jason Atherton and his wife Irha.

The restaurant has been created in collaboration with Cebu-based property developers Chris and Carla McKowen and architect Lyndon Neri.

“It has always been Irha’s dream to bring some of the success of our restaurant group, The Social Company, back to her hometown of Cebu,” said Jason. “As my wife and co-director of the company, it gives me no greater joy than to open a social destination here as my love letter to her.”

The McKowens said, “Cebu is one of the best foodie destination in its own right.”

Our group had nothing but raves over Pig & Palm’s superbly prepared dishes. Service was great, fast and precise. Pig & Palm is a must-go-to in Cebu.