The ‘branded’ and the ‘generic’ in Philippine high society | Inquirer Lifestyle ❮ ❯ 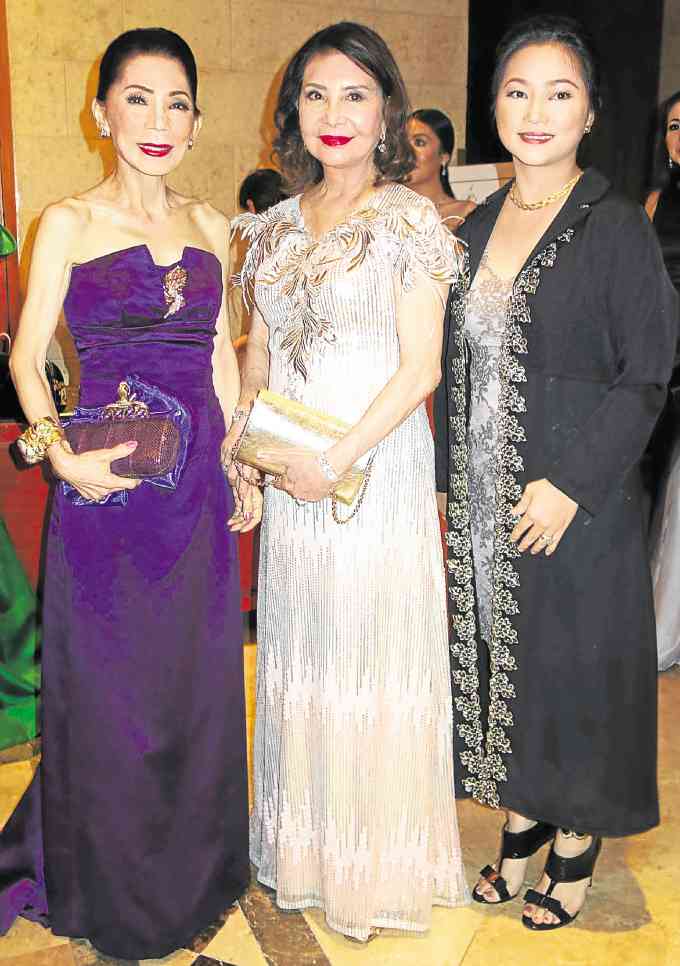 The ‘branded’ and the ‘generic’ in Philippine high society

Your mantra for the week: “I have learned something good from every ‘teacher’ in my life.”

ON THE LAST week of National Teachers’ Month, I would like to pay tribute to a beloved teacher as my contribution to the nationwide celebration of Filipino teachers with the theme, “Thank You Teacher,” spearheaded by Chito Sobrepeña of the Metrobank Foundation.

I finished my secondary education at an experimental high school called UP Prep, which was put up to prepare students for their entry to college. We were chosen not only on the basis of scholastic standing, but also on aptitude and potential leadership qualities.

We had top-quality teachers and a system that emphasized personal responsibility to community and country. In those days, we believed we had all the answers and that we knew more than our teachers did—that they were just older and had fancy initials after their names. Of course, we were all proven wrong.

My personal favorite was Corazon de Jesus Atienza (CJA), our arts and humanities teacher and director of our dramatics club. She was, for me, the epitome of confidence, wisdom and caring.

We used to call her “Mrs. Moses” as our way of expressing how much we revered her. She was a Moses, indeed, but without the 10 Commandments; she had no particular rule, except one: Believe in yourself.

Looking back, I am certain that my love of theater came from her. My interest in poetry, painting and music also began with Mrs. Moses.

“Realize your potentials,” she would tell us. “Don’t be scared of testing the waters. And don’t be afraid of failure.”

In many ways, she encouraged me to feel that I could do whatever I set my mind to—and that is what I have been doing since then.

The last time I saw her was on the 60th anniversary of UP Prep’s founding. I presented her my books, my music and a letter of gratitude expressing my reverence and affection for her. The seeds from where all my labors came were, after all, planted in the years spent with her in UP Prep High.

Today, CJA lives happily in Laguna, a grandma doting on her many wonderful grandchildren.

Sept. 22 has been a day of contention for two organizations that choose their best-dressed ladies of the year.

They marshal all their efforts to bring people to their events. I wonder why they chose the 22nd, which is the day after the “mourning” of martial law.

Let me look at it with positivity—that the two groups were doing what they do best, after one of the worst days in Philippine history.

The Philippine Cancer Society (PCS) is lucky to have someone like Helen Ong as event chair for the last 13 years. She is a fundraiser like no other. The PCS members were singing hosannas of gratitude to her at the Rizal Ballroom of Makati Shangri-La.

Meanwhile, “Tingting’s (Cojuangco) List: The Elegant Filipina” (TEF) garnered its own major sponsors, with Ramon Ang’s Manila Diamond Hotel topping the list, in support of “the widows and children of the Special Action Force (SAF) 44 to keep their memory of heroism alive.”

After I described PCS’ 2015 event as an evening with Swarovski, this year appeared to have less glitter on the gowns of the Best-Dressed choices. They also glided around confidently in a more classic stage setting.

What was a bit bothersome was the metallic vinyl fabric that was used by one or two of the “chosen” ones. When a gown takes away the attention from the one wearing the garment, it is a sign that one is not well-dressed. One’s clothes should enhance the wearer’s personality and must not in any way distract from the appreciation that should go to her.

Tingting Cojuangco’s vintage Christian Espiritu gown looked like it was recently made and did not show that it was designed and sewn 25 years ago. It not only spoke of how Tingting has kept her figure, but also underscored Christian’s genius as a designer.

During the cocktail reception, Fortune Ledesma, who was one of Tingting’s awardees last year, helped entertain guests.

We chitchatted with the likes of Nena Casimiro, who claims she still reads my column even if she sometimes disagrees with some of my views; Tess Schoefer, who is here on her regular month-long visit, looking as ravishing as ever; singer-songwriter and Miss Philippines Earth 2016 Imelda Schweighart, who was with Peachy Veneracion, another talented former beauty titleholder; Tingting’s close friend Marybeth de Leon with her beautiful daughter Nikki Teodoro; last year’s awardee Zelda Kienle, who was proudly attending to lend support to her daughter Stephanie, who was receiving the same award this year; and Panamanian Ambassador Rolando Alvarado, who we would also later see at Helen Ong’s event.

The theater was filled to the brim with around 300 guests. Among them were awardee supporters like Kim Atienza, Kevin Tan and David Batchelor, and other well-known personalities like Raul Sunico, the Fernandez sisters, Vicky Zubiri and Lilibeth Campos (both in emerald green), designer Lulu Tan-Gan, and two of my Priscilla statuette awardees, Mandy de la Rama and Tina Ocampo.

Karen Davila and Mariquita Yeung (who was unable to attend the awarding rites), were two of my former Priscilla awardees.

The presentation opened with a ballet number, followed by a fabulous fashion collection by designer Albert Andrada. Two thumps-up for Albert.

I would like to thank Tingting for mentioning my mother Priscilla in her speech on elegance, and how often she wore silk like the Duchess of Windsor “for their svelte figures.”

Diana Jeanne Lopez and I arrived at the Rizal Ballroom in the nick of time to partake of the sumptuous dinner that is distinctive of Helen Ong’s dinner receptions.

While dinner was being served, Johnny Litton auctioned off two sculptures, one in glass by Ramon Orlina and another in bronze by Michael Cacnio.

Although there were more recognizable faces at Tingting’s event—a natural consequence of their being in society for a longer period—Helen’s event can be likened to a debut where new people are introduced to society, with their friends and families in tow. Therefore, we were seeing and meeting most of them for the first time.

On our way out, someone asked us, knowing that we had attended the Manila Diamond affair: “How was it with the branded people?”

What could I say, except that everything went fine with the branded ones. I had a big smile on my face as I mentally asked, “May RiteMed ba ito—did we just have dinner with generic people?”