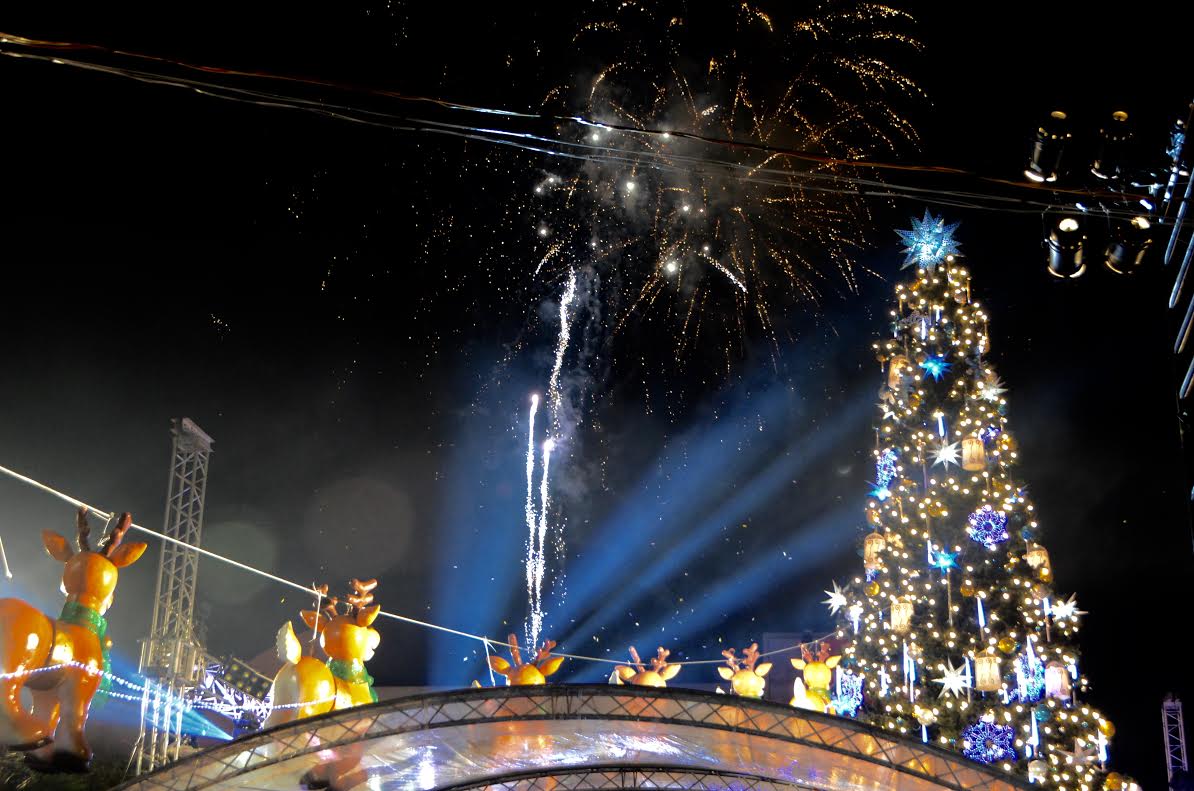 A giant Christmas tree lit up the sky on Friday night at the Araneta Center in Cubao, Quezon City, less than two months before Christmas Day.

The 100-foot Christmas Tree, with a large star on top, sparkled with blue and gold lights during its lightning ceremony at around 6 p.m.

Fireworks illuminated the sky while a shower of confetti filled the air as hundreds of spectators witnessed the lightning ceremony.

Dazzling performances from celebrities also gave life to the night as a gift-giving ceremony was also held for the street kid beneficiaries of He Cares Mission.

Araneta Center Christmas tree is one of the biggest and most iconic Christmas decors in Metro Manila. Its lighting has been a 35-year tradition in the heart of Cubao.  NC/IDL

A gigantic way to light up the Holidays