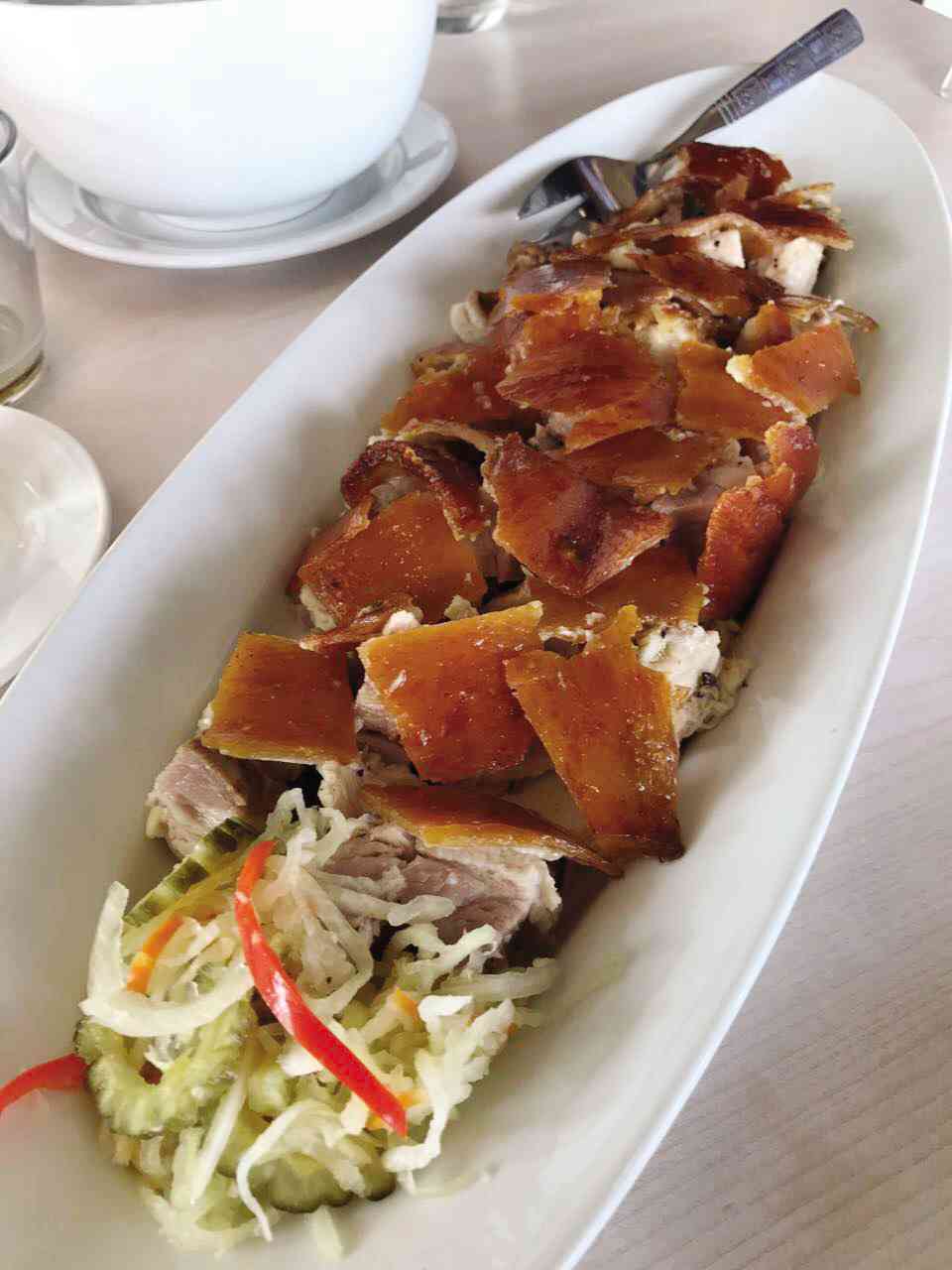 Tymad Bistro, located at the Maria Luisa Banilad area, was the first on my list of places to visit in Cebu. I still remembered the buckwheat galettes or crepes, both savory and sweet, the last time we were there.

We ordered both the salmon and plain with butter. We all looked up with every bite, a silent language indicating bliss.

Philippe Estienne, who opened Tymad, a creperie and pastry shop, said he couldn’t get buckwheat flour so he ended up using ordinary wheat flour, which lacked bite. We told him the crepes were still good.

Estienne is from Provence, southeastern France, but worked in Brittany, which is why his famous pastry is the kouign-amann (pronounced queen-ah-mahn), a wonder made of flour and butter. But we devoured the first pastry we saw, the canele, small tube-like and fluted on the sides; somebody said it’s not good if eaten the next day.

But we probably won’t mind eating the canele again the next day as we headed home, bringing orders of croissant and kouign-amann, to be relished with every bite in faraway Manila while wishing Tymad was just around the corner.

A former Cebu resident, who still maintains her place, recommended Seafood City at the Grand Convention Center, since there was an eat-all-you-can seafood for P685 per person. I usually am wary of those promises, but on seeing the clean aquariums and the fat, red shrimps on the table next to ours, we knew we were at the right place.

We had imbao tuwa (big white shells cooked in a slightly sour soup), baked oysters with butter (though I would have preferred them as is), a kilo of boiled shrimps, scallops cooked with bok choy, grilled jack or talakitok, and pork barbecue and pork inasal (grilled), which really didn’t have to be ordered.

Not included in the promo were the mud crabs, lobster and sea mantis; we decided to have the crabs because they looked good and fat—and they were.

You know how it is when you’ve ordered too much (takaw-tingin in Tagalog) and then can’t finish the food? This place—like the original Kamayan buffets—required “no leftovers,” or you pay the regular price. The meat had to be finished grudgingly, and we laughed as we tried to clear our table of orders.

One of our hosts was Lita Urbina, whose family owns and runs the Laguna group of restaurants in the city, with franchises in Cagayan de Oro and Dumaguete. We visited her flagship Café Laguna, which serves Filipino food amid a well-designed interior of wood and mirrors; and also Lemon Grass, the Thai-Vietnamese outlet.

Urbina is lucky that her children have now taken over the management of these outlets.

For more eating experience, we settled on Parilla, the latest restaurant located at a new development of Il Corso at the Southroad Properties. As the name suggests, the specialties are grilled food, including fish and lechon de Cebu, a must-have in this queen city of the South.

Essentially, we had sutokil variations—sugba, tola and kilaw of fish. We couldn’t get enough of green mangoes with bagoong, as well as the view of the sea which soothes tired bodies.

There are blue-and-white rocking chairs if you want to linger gazing into the horizon. I hope my name is on one of these chairs when I get back.