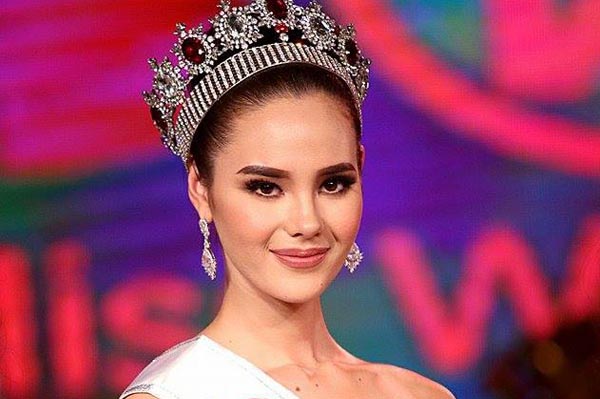 The Filipino-Australian model made it to the pageant’s top five, but it was Miss Puerto Rico, Stephanie del Valle, who was crowned as the winner.

Hillarie Parungao and Valerie Weigmann, two Miss World Philippines titleholders who preceded Gray, expressed their support for her on Instagram. “Thank you for showing that we have the phase of the world, you did a very spectacular performance Cat,” Parungao said.

“To those who know their mission – no affirmation is required. To those who believe in you and in what you strive to achieve – no reward, sash, or crown is necessary,” Weigmann captioned her post.”Your journey has inspired us but it is far from over. Just keep going…Love you [Catriona Gray], you have made us all proud!”

“If we won, no hatred on Facebook, right? But we did not. Let’s be proud as Filipinos and pageant fans of our girl Catriona Gray,” he wrote. “For us, she will be always our Miss World. But there are other families, friends, and fans who root for their girls as well.”

He recounted that he personally chatted with Del Valle’s father, who was proudly rooting for his daughter. “I was touched by how happy he was for his daughter. Remember this: We are not alone in this world. There are others,” said Gaffud.

Arnold Mercado, another handler working at Aces and Queens, congratulated his protégé for her performance. “Thank you for making us Aces and Queens and the whole Philippines proud! You deserve to be a queen,” he said.

She said in her Facebook post, “I hope we Filipinos respect the outcome of the competition. It was heartbreaking as we saw how hard Cat fought and did her best. But unfortunately, it was not her fate. Let us all remember to be gracious to each other and show the World that we are grateful for the blessing it has bestowed upon us.”  Gianna Francesca Catolico