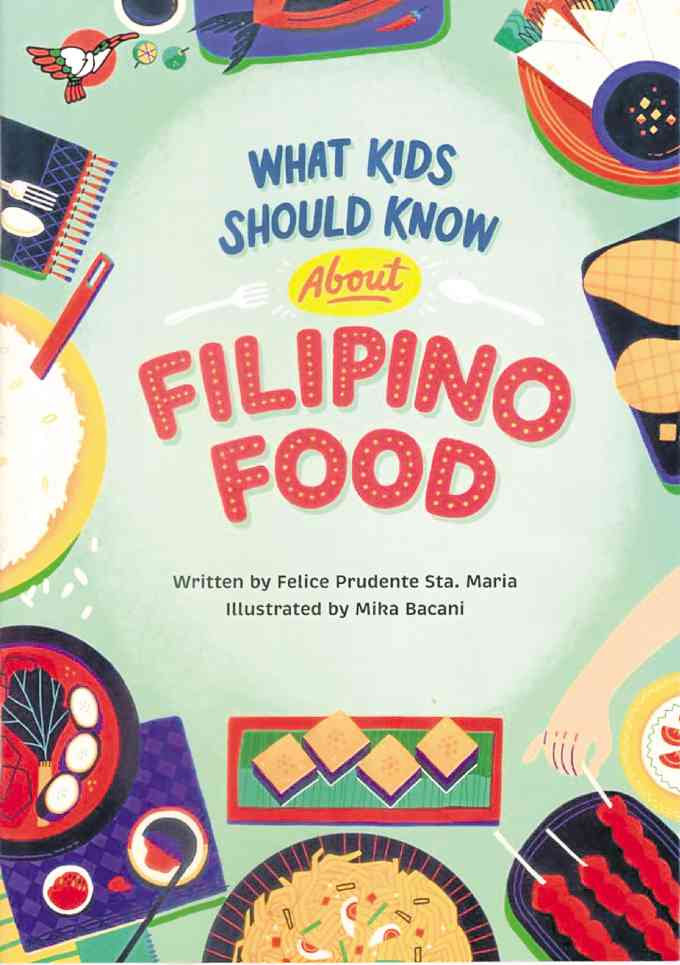 When Felice Sta. Maria sent a copy of her book, “What Kids Should Know About Filipino Food” (Adarna House, 2016), I expected a simple source of information for children about  Philippine cooking.

But it was more than that because it kept even an adult like me enthralled by the wealth of knowledge the author provides, aided with colorful illustrations by Mika Bacani.

I expected to breeze through the book, much like scrolling through my phone screen to get to the next pages. But every page and section held my attention because there was so much to absorb.

The chapter on rice explains what bran, white rice and husk are, as well as traditional cooking methods using the bamboo tube and clay pot, and the use of banana leaves and pandan to enhance the taste.

The reader is also introduced to the “rice soul,” called “umayun” by the Mandaya people of Davao Oriental and Davao del Norte.

Ingredients in Filipino cuisine are effectively presented. For example, Sta. Maria provides not only the scientific name of banana, but the plant’s varieties as well. She also explains the process by which sugarcane is pulped which becomes white sugar.

She even includes an Aklanon proverb on sugar (“The fruits of our labor are sweet to us…”),  and a historical tidbit (“Sugarcane was so highly valued that only a leader could select who should enjoy it…”). And then a riddle about banana: “Make it a flower first or you can’t eat it.”

There are pages devoted to the kitchen, the author identifying old equipment and storage areas and their respective terms.

For instance, “a small cupboard for utensils and highly valued ingredient” is called  “kaling” in Filipino, and that “a rack above the stove where salted fish, meat, tobacco and even kindling are hung” is called a “paya” by the Ivatan of Batanes.

Regional cuisine occupies several pages because each region has distinct cooking, terms for ingredients and dishes.

In effect, the book gives the reader the scope of Philippine cooking, as Sta. Maria invites us to appreciate the country’s “edible history”: “It is what makes us unique as a people” but “because it is so commonplace in our lives, we often forget that food is part of our cultural heritage.” 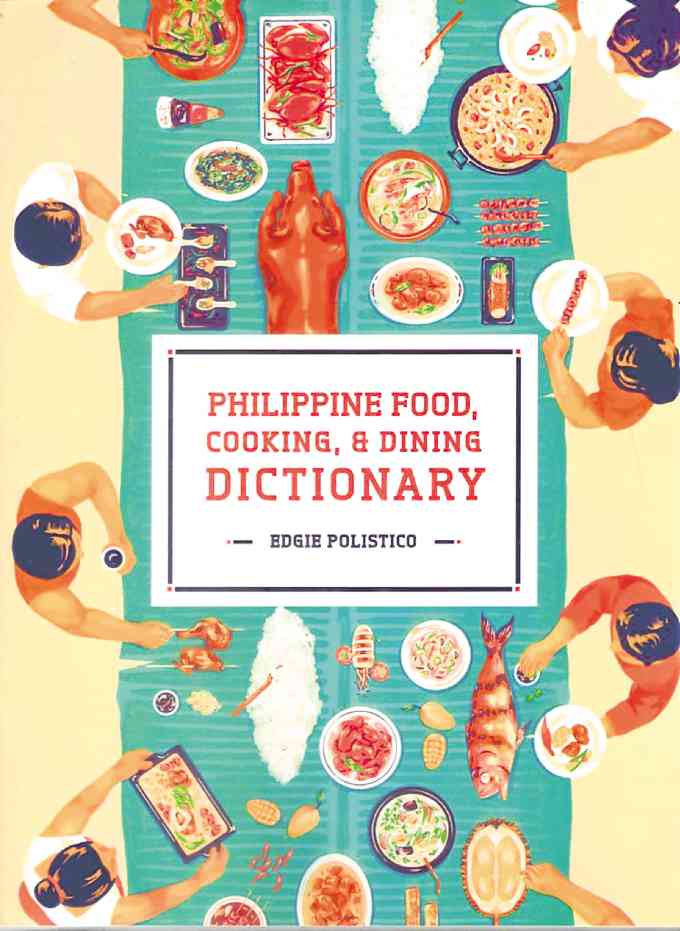 Another book, one that writers, historians and anthropologists will treasure, is titled “Philippine Food, Cooking, and Dining Dictionary” (Anvil Publishing, 2016).

Edgie Polistico, a lexicographer, compiled the many terms of ingredients, cooking and ways of eating through several regions and languages.

He says he became a food lexicographer when he started translating Cebuano food terms to English. His interest was so aroused that he started to look into other Philippine languages as well.

Polistico has a day job as an insurance employee handling the digital monitoring of accounts; this brought him to places where he became interested in local food cultures.

Seeing the thick manuscript by Anvil Publishing two years ago, I couldn’t wait until it was published. Polistico’s work has helped me with my own writing; I would refer to his digital dictionary when a regional term proved difficult.

But even with the book’s 300-plus pages, some terms were still not included because it would have made the publication too expensive.

Sta. Maria, who wrote the foreword, says the book is a local Larousse Gastronomique, the French cuisine encyclopedia.

Polistico says the book has been chosen to represent the Philippines in the food writing category of the Gourmand World Cookbook Awards. The winners will be announced in May.