When, at Shanghai Disneyland, I got mistaken for a mascot | Lifestyle.INQ ❮ ❯ 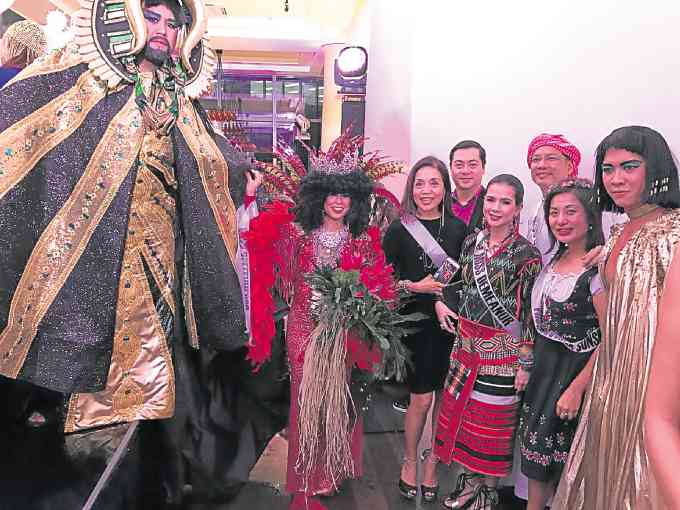 When, at Shanghai Disneyland, I got mistaken for a mascot

Timing is everything! When my hubby Dennis proposed to me over two decades ago after just two months of being together, I felt it was a perfect time to settle down.

Twenty-two years later, it’s been an absolute joyride with him, with more adventures and journeys added every year.

Last week seemed to be the right time for birthday boy Tim Yap to propose to his partner Javi Martinez. After three years, Tim decided to take their relationship to the next level, and had his big reveal of love in the company of his closest friends. His Miss Universe-themed birthday celebration was, indeed, so memorable.

During our Shanghai vacation hosted by Philippines AirAsia last December, Tim and Javi seemed to be very comfortable together. AirAsia invited our group to enjoy their new direct flights from Manila to Shanghai, which opened in June 2016 just in time for the formal opening of Shanghai Disney Resort.

The third-largest property in the Disney empire, Shanghai Disney has many amazing rides and live entertainment, with interactive audience shows. We were all excited to discover the park and try all the rides.

All dressed in my Disney-themed outfit, I was stopped at the entrance for some questioning. I saw Tim and Javi in action when they quickly rearranged my look so I could enter the park. Apparently, it isn’t customary for adults to be in costume, as they might be mistaken for a Disney mascot.

We really enjoyed Shanghai with the shopping and food adventures. Gerard Penaflor, Philippines AirAsia’s head of commercial, told us they are thrilled to reconnect Manila to Shanghai to boost tourism and trade between both countries and to celebrate the formal opening of Shanghai Disneyland with special fares.

For the Chinese New Year celebration, I wore the Chinese cheongsam I bought in Shanghai. I also borrowed a dress from international and multiawarded fashion designer Albert Andrada to complete my Year of the Rooster look.

Last Wednesday, Sofitel Philippine Plaza Manila started its Chinese New Year celebration with an elegant and nostalgic show of Albert’s latest fashion collection.  For his fourth presentation at Sofitel Philippine Plaza Manila, Albert highlighted the celebration of abundance in life with a 15-piece collection inspired by the flowers of spring in China.

Filipino design and innovation made their mark with the opulence, detail and craftsmanship of Albert’s masterpieces. The spiral staircase and escalators became a showcase of his haute couture gowns.

Models were styled to glamorous perfection with makeup by Guerlain and hair by Aveda, while featured ensembles were enhanced with golden pearls by Jewelmer. Actress and model Kaila Estrada was awarded Lady Guerlain of the night.

I had the chance to sample the Abundance menu, the bountiful feast prepared by Spiral’s culinary artisan, Chinese chef Michael Tai. The menu features three variations of Chinese cuisine: Cantonese, Hakka and Sze Chuan, and is available at Spiral for the whole family to enjoy. But hurry, because today is the last day!

This week is all about Miss Universe! I can’t wait to watch the big coronation night at SM MOA. I got to see some of the beautiful candidates at the Governor’s Ball on  Jan. 16 at the SMX Convention Center.

Named after former Ilocos Sur Gov. Luis “Chavit” Singson, the Governor’s Ball was a special gala where members of high society had an opportunity for a close encounter with candidates of the 65th Miss Universe in a by-invitation, black-tie dinner, which featured entertainment from world-class talents.

Chavit was the mover who brought Miss Universe back to the Philippines, and he used the Governor’s Ball as a way to bring together the country’s staunchest pageant supporters while rolling out the red carpet for international guests at a private and upscale fundraiser.

The Governor’s Ball was also an avenue to heighten awareness about Pass It Forward, a philanthropic outfit that acts like a charitable “market place,” facilitating engagements between donors and recipients.

To date, nonprofits like Gawad Kalinga,  ABS-CBN Foundation, Philippine Red Cross have been recipients of the Pass It Forward charities. For years, Singson has been PIF’s main benefactor.