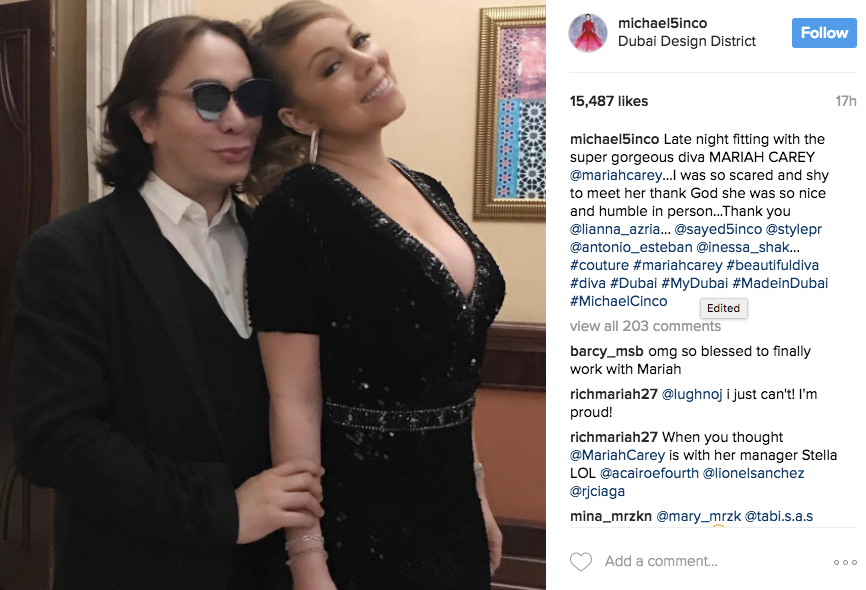 Even at a late night, Michael Cinco welcomed an A-Lister client in his office at the Dubai Design District for a gown-fitting session.

In an Instagram post on Tuesday, the Dubai-based Filipino designer documented his meeting with “Hero” singer Mariah Carey, who was in the city to perform at the Dubai Jazz Festival.

“Late night fitting with the super gorgeous diva Mariah Carey. I was so scared and shy to meet her thank God she was so nice and humble in person,” Cinco captioned his photo.

Carey, who is in a relationship with backup dancer Bryan Tanaka, had known Cinco’s glitzy creations and even wore one of them during a gig last October.