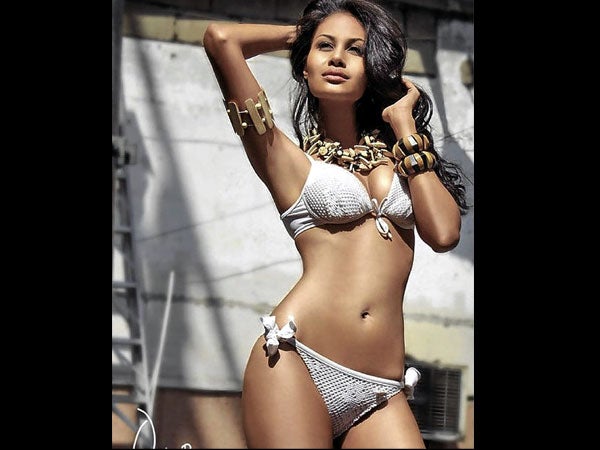 From ugly duckling to beauty queen

Her name has now become synonymous with beauty and grace, but Venus Raj reveals that she did not always feel beautiful about herself.

She may have been named after the Greek goddess of love and beauty, but the 2010 Miss Universe fourth runner-up recalls that when she was young, she would always run crying to her mother because playmates had taunted her and called her “ugly.”

“I got that a lot when I was a child in Bicol,” the 5’9” titleholder recounts. “I was called pangit [ugly], negra [nigger], higante [giant] and bangkay [corpse]. I didn’t look like a beauty queen!”

The 22-year-old Filipino-Indian beauty says she felt bad about being tall, skinny and having dark skin, and only found solace from her mom, Ester, who would always reassure her: “You are beautiful. Believe me, I’m your mother.”

Her sisters echoed that sentiment, but Venus initially thought her family had praised her looks only to make her feel better. “If it’s not a relative, it would be my teacher who’d tell me I’m beautiful,” she shares, saying she only found reason to believe them much later.

“Very few people had told me I’m beautiful, but I held on to my mother’s words which gave me confidence,” says this Bicolana. “Now, after winning a place in the Miss Universe pageant, lots of people tell me they appreciate the way I look.”

Despite the childhood taunts, Venus bagged several beauty titles in school, including Miss Bato (after her hometown in Camarines Sur) at 15. When she turned 18, she joined Miss Bicolandia, the biggest pageant in the Bicol Region, and finished as a runner up. In 2008, she joined her first national competition, the Miss Philippines-Earth pageant, and was crowned Miss Philippines-Ecotourism.

When she enlisted for the Binibining Pilipinas pageant, which would give her the right to represent the country in the Miss Universe pageant, Venus says there were still some people who doubted her chances.

“I just took note of what my mom told me. She said I should not mind them because it won’t help if I allow myself to get affected,” she confides. And her strategy worked. She bagged the title and eventually conquered the “Universe” with her innate charm.

Despite detractors pointing to her answer to the final Miss Universe question as a “major major” factor for the fourth runner-up finish instead of the big win, Venus remains unperturbed. “I entered the beauty pageant industry and prospered in it because I am beautiful. It is, after all, called a beauty pageant. We are judged based on our physical appearance.”

She elaborates: “In most pageants, before you are given the chance to show people what’s inside your heart, you are initially measured by the way you look. For example, at the Miss Universe pageant, you are made to walk first in a swimsuit, then in a gown. If the judges do not like how you project yourself physically, then you will not even be given the chance to answer the final question.”

Beauty has been key to Venus’ success. Born poor and raised amidst rice fields, she can now afford to build her mother a house of sturdy materials right in front of the shabby hut she grew up in. Her earnings as a beauty queen have also paid for the lot where the houses stand. She provides for her family’s needs through endorsement contracts and a lucrative deal as model for the Araneta Center in Quezon City.

But true beauty goes beyond mere physical looks, says Venus. “God made us all in His image, and He did not create anything ugly. So what sets you apart is what’s inside you, what you can offer others, how you relate to people and how radiant your soul is,” she says.

“I think what really makes me beautiful is my attitude and personality, something I have more than what God has given me,” she adds.

Admittedly, she says, there are times when she feels less beautiful – and that’s when she avoids mirrors. “That is a reality in life. Sometimes you may have problems or become stressed. It will always reflect on the outside.”

She adds: “Whenever I feel that way, I just take a bath. Or get a massage to relax and make myself feel light. I’d feel good afterwards and that gives me a certain glow.” Feeling positive always helps, she advises other women. “You give off a different aura when you’re happy. You may not have a perfect face, but people may notice something different about you, something good.”

Always maximize what you have, what God has given you, says Venus. “In my case, I embraced how I look. And it turned out that what I thought made me ugly became my assets in the Miss Universe pageant.”

Thanks to her winning attitude, the girl taunted as an ugly duckling during her growing up years in Bato, Camarines Sur, has developed into a beauty queen worthy of her name.