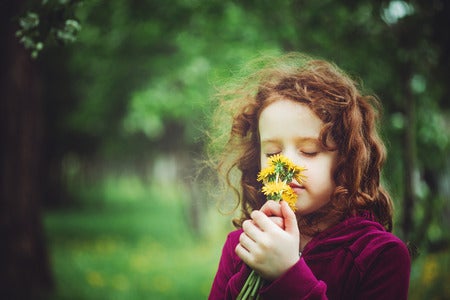 Asthma is a chronic disease affecting some 235 million people around the world. Characterized by recurrent attacks of breathlessness and wheezing, the condition varies in severity from person to person, with the causes of the disease not completely understood.

However there are some known risk factors, and although there is no cure, asthma can be managed to improve the sufferers’ quality of life.

With Tuesday, May 2 deemed World Asthma Day, we round up some of the recent research which suggests how the condition can be managed and possibly even prevented.

A large-scale Norwegian study which looked at the risk of asthma in 17,926 adult participants found that those with chronic insomnia had a higher risk of developing asthma.

The research found that those who reported difficulty falling asleep “often” or “almost every night” had a 65 percent and 108 percent increase in the risk of developing asthma in the next 11 years.

The team concluded that as a manageable condition, solving sleep problems could be one way to help prevent asthma.

A 2016 Swiss study found that breastfeeding babies in their first year of life could protect those with a genetic profile linked to asthma from symptoms such as asthma attacks or wheezing.

The team looked at 368 infants who had a genetic profile linked to asthma, with specific genetic variants on chromosome 17, called 17q21, putting the children at a greater risk of wheezing.

However, the team found that during the period of breastfeeding, the children had a 27 percent decreased risk of developing respiratory symptoms, whereas the infants who were not breastfed showed an increased risk.

For those who already have asthma, yoga could be beneficial in easing the symptoms of the condition, according to Canadian researchers.

The team looked at 15 clinical trials involving a total of 1,048 participants, the majority of whom had been suffering from mild to moderate asthma for six months to 23 years.

All participants continued their regular treatments throughout the course of the studies; however, the team found that those who also practiced yoga showed improvements in their quality of life and respiratory symptoms.

A 2016 study from the University of Kansas found that sufficient levels of vitamin D during the second trimester of pregnancy could help reduce a child’s risk of developing asthma.

The large-scale study found that mothers who lived in sunnier locations when in their second trimester of pregnancy—therefore with a higher level of exposure to sunlight and a higher level of vitamin D—had babies with a reduced risk of developing asthma.

A study from Tel Aviv University also found that asthmatics with a deficiency in Vitamin D were 25 percent more likely than other asthmatics to have had a recent asthma attack.

According to a large-scale German study, even if not exposed to pets, babies who sleep on animal fur shortly after birth could also be protected against asthma.

The team looked at a German birth cohort of 2,441 healthy newborn babies, finding that those who slept on animal pelts during the first three months of life, exposing them to various microbes, had a 79 percent reduced risk of developing asthma by the age of six and a 41 percent reduced risk by age 10. JB

The challenge of asthma