The man behind pineapples on pizza dies at 83 | Inquirer Lifestyle ❮ ❯ 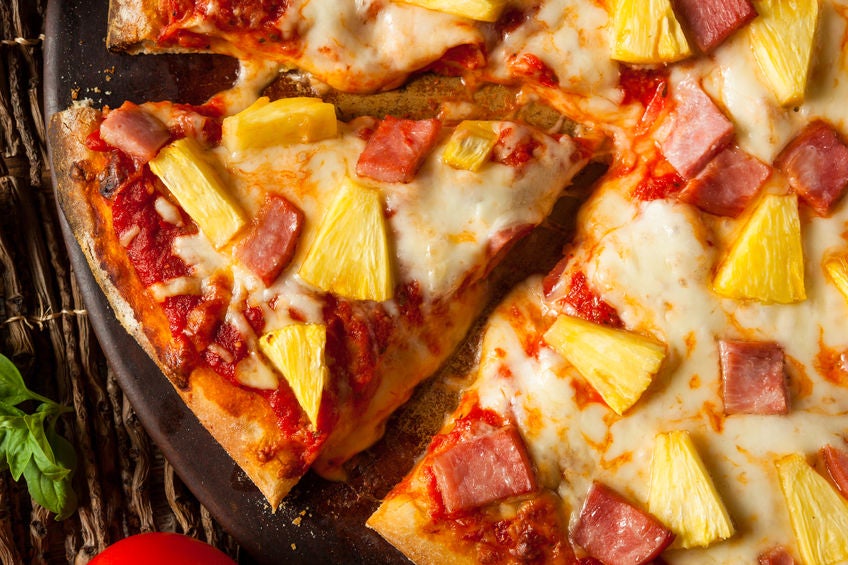 The man behind pineapples on pizza dies at 83

Sam Panopoulos, the man behind putting pineapples on pizza, passed away at 83 years old last June 8 in an Ontario hospital.

According to a CBC News report, Panopoulos immigrated to Canada from Greece when he was 20 years old. From 1954, he moved around Canada until he settled in London, Ontario.

He grew up in a time when pizza was practically an unknown dish. He and his brothers Elias and Nikitas were running restaurants in Ontario when he suggested adding pizza to the menu in the late ‘50s and ‘60s.

In another CBC interview early this year, Panopoulos said that pizza toppings used to be extremely limited: “Those days, the main thing was mushrooms, bacon and pepperoni. There was nothing else going on the pizza.”

At that time, he had a diner serving a variety of popular food, including sweet and sour Chinese dishes that had pineapples. Experimenting on various pizza toppings, one day he drained a can of pineapples and added the pieces to a pizza, as per an Atlas Obscura interview.

While he enjoyed his creation, he related, “Nobody liked it at first.”

“But after that, they went crazy about it. Because those days nobody was mixing sweets and sours and all that. It was plain, plain food. Anyway, after that it stays. We sell pizzas in Chatham and in London for the next 40, 45 years.”

Panopoulos admitted that he wished he patented his creation because eventually, the Hawaiian pizza hit the world stage and became a staple in restaurants, despite mixed feelings about the sweet fruit on cheese and dough.

Online wars have been waged about the ham-and-pineapple combo, with #teampineapple expressing support for Panopoulos’ creative taste buds.

His family remembers him for his close relationship with them, including his wife Christina whom he was married to for 50 years.

“An unforgettable personality, Sam was respected by many for providing strong and dependable advice, and for his exceedingly generous nature,” reads his obituary. “Fiercely loyal and protective, his candid and frank sense of humor, his booming laugh and blunt honesty will be missed by his family, friends, former employees and customers.” Niña V. Guno/JB

If he could, Iceland president would ban pineapple on pizza