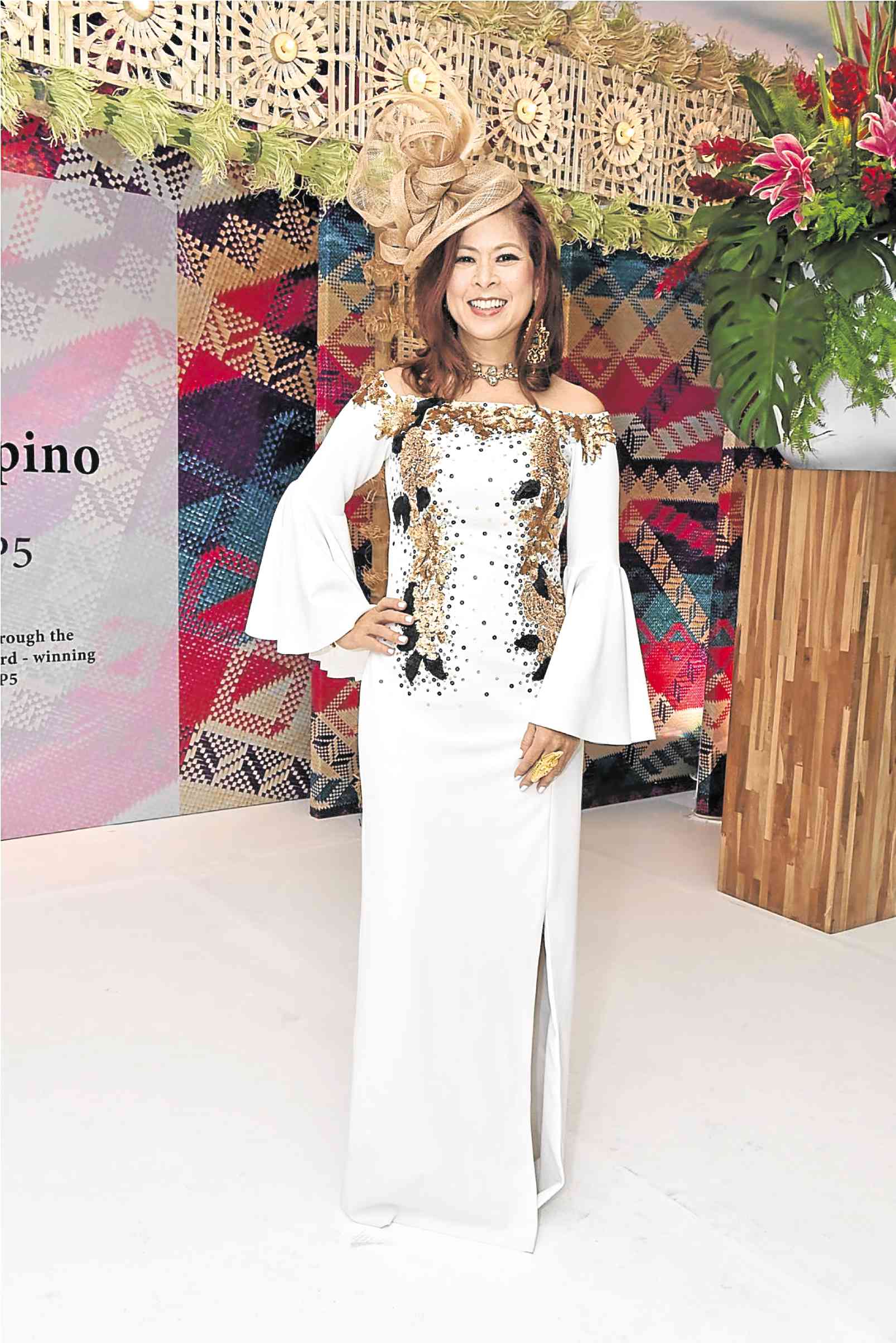 Life is indeed a continuous celebration that should be enjoyed with contentment. My life has been filled with overflowing blessings, including celebrating my hubby Dennis and my 23rd wedding anniversary yesterday, June 24. We are spending a relatively quiet weekend in Tali Beach, with just family and a few close friends we’ve gotten to know over the decades.

With us is super designer Rajo Laurel, part of our travelling group Tropafrica. He just got back from Tokyo, where he held a Filipiniana-inspired fashion show last June 12 as part of the joint celebration of our 119th Independence Day and the inauguration of his father, Jose C. Laurel V, as the new Philippine ambassador to Japan. The affair was at the Imperial Hotel in Chiyoda, Tokyo, with around 500 guests, including 118 ambassadors from the diplomatic community.

Rajo regaled us with stories about how the last Philippine fashion show in the embassy was as far back as 1964. The latest elegant event was sponsored by Philippine Airlines and Jewelmer, the purveyor of the country’s national gem.

The evening celebrated the talent of the Filipino with singers Denise Laurel, Nicole Laurel-Asensio and Jojo Urquico treating the guests to musical numbers. Miss Universe Philippines 2016 Maxine Medina led the fashion ensemble, wearing one of Jewelmer’s most iconic creations: the Miss Universe Philippines headpiece, featuring a cluster of golden pearls evoking the glory of a natural treasure.

Jewelmer is a proudly Pinoy brand that is today an internationally known luxury brand. Established in 1979 by Jacques Branellec and Manuel Cojuangco, the company has been committed to South Sea pearls and exquisite fine jewelry over the years. They are also focused on charity, and will be a continuing sponsor of the Red Charity Gala later this year.

This has been an extra special year for Jewelmer, as Jacques’ son Jacques Christophe recently got married to the beautiful Mia Arcenas. Best wishes to the couple.

The best of Filipiniana

Staying on the Independence Day theme, another celebration was held at Rustan’s Makati. “Art & Soul of the Filipino” will be a month-long celebration of culture, creativity and all things Pinoy, in partnership with the Department of Trade & Industry. Check out the the exciting displays of Rustan’s Filipiniana Our Very Own products, which highlight Filipino creativity and ingenuity in design through a wonderful selection of accents, dinnerware and linens.

On a smaller scale is Go Lokal!, another DTI initiative, which introduces new products from aspiring designers and home brands. Rustan’s Makati has set it all up on their fifth level.

At the launch, I caught up with Rustan’s president Donnie Tantoco. His awesome wife Crickette is also a dear friend. Our girl gang includes Cindy Yang, wife of McDonald’s CEO Kenneth. We all share parenting tips and advice on how to deal with our tech-savvy kids who are growing up too fast. Kudos to Kenneth and Cindy’s son Kevin, who recently graduated from Stanford University in California.

Our family is complete for the summer break, as our teenager Annika is home from college. We were both excited to be part of the launch of Boost, a nutritional powdered supplement drink from Nestle Health Science that is specially formulated for adults 50 and up.

Paul Bruhn, regional head of Nestlé Health Science, shared that they recognize the increase in aging consumers who now live longer, and that they aim to empower them to take action to manage the age-related changes they experience.

With me at the launch were other baby boomers with their millennial kids, like RJ Jacinto and son Ramon, Quinito Henson and daughter Tina, and Zsa Zsa Padilla and daughter Coco. The tandem was to show that we and our kids are more alike than we think, as healthy choices are a common denominator.

A show and a Spanish dinner

Through a riveting fusion of cutting-edge visuals, puppetry and stagecraft buoyed by a soaring cinematic score, Cirque du Soleil applies its unique signature style to “Avatar.” The live experience continues Cameron’s vision of Pandora and shows the interconnectedness of all living things.

Narrated by a “Na’vi Storyteller” and populated by unforgettable characters, “Toruk” is a mythical tale set thousands of years before the film. Fans of the film will recall the Tree of Souls and other highlights of the mythical Na’vi world. See it soon, as it all ends on July 2.

After the show, take the family to Sofitel Philippine Plaza Manila as it presents Sabores Españoles, the third installment of their Flavors of the World culinary series. Running until today only, Spirals features Spanish specialties of a guest chef from Barcino Wine Resto Bar, executive chef Nicolas Diaz.

Spiral regularly offers manchego cheese and Spanish wines. I attended the launch together with my daughter Annika and son Bryan. The Spanish Ambassador to the Philippines Luis Calvo and his wife Maria José Calvo were the guests of honor.

With such a great Spanish fest, I can hardly wait for Spiral’s July promo, this time focused on France and Bastille Day. They are flying in French master chef Patrick Terrien, who was a chef instructor for 24 years at Le Cordon Bleu Paris, the most prestigious culinary school in the world. He will be conducting an exclusive “Chef’s Table” on July 17, a French cooking class on July 19, and French wine dinner featuring a four-course dinner together with a premier wine selection on July 21.