Get ready for ‘West Side Story’ | Lifestyle.INQ ❮ ❯ 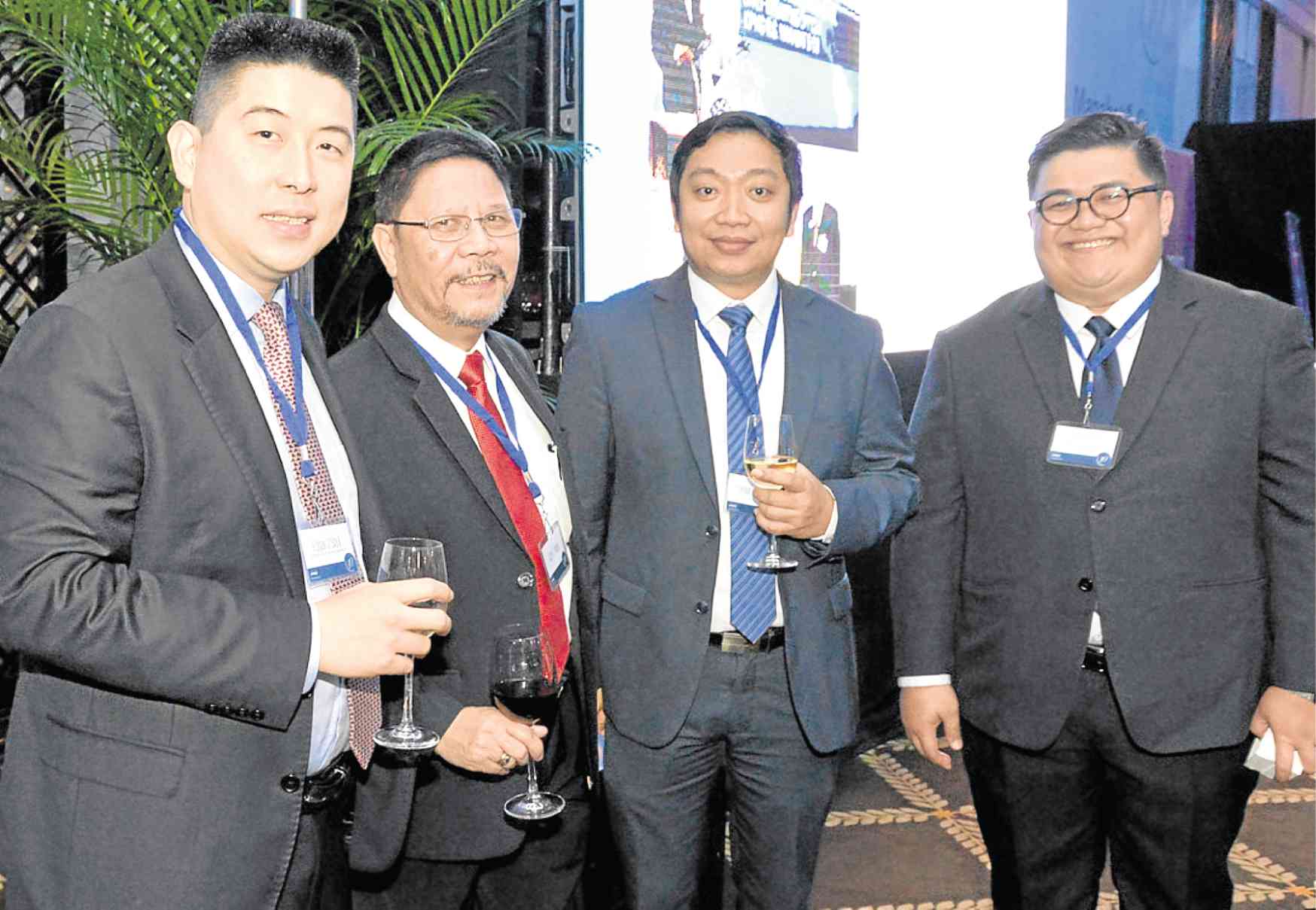 Get ready for ‘West Side Story’

Since its founding in 2007 by Roberto G. Manabat and Emmanuel P. Bonoan, KPMG RGM & Co. has weathered many financial storms and challenges to become one of the strongest and fastest-growing member firms of the Amsterdam-based KPMG (Klynveld Peat Marwick Goerdeler).

In his remarks, KPMG RGM & Co. chair and CEO Roberto G. Manabat bared the next chapter in the firm’s continuing growth story with the appointment of Sharon G. Dayoan, currently vice chair and head of audit, as chair and CEO-designate effective Jan. 1, 2018. He thanked clients for their “deep trust and steadfast confidence forged over the years.”

Manabat added: “Tonight is an appreciation of lasting relationships that have been nurtured through the years. It is also our way of thanking you for being more than just loyal clients but dedicated business partners.”

For her part, Dayoan expounded on the KPMG RGM & Co. core values, at the same time announcing the establishment of the firm’s corporate social responsibility arm, the KPMG R.G. Manabat Foundation.

“The foundation’s main thrust is to improve communities through education, scholarship and community development programs,” she explained. “Last January, the firm made a P1-million donation which would serve as the seed money of the foundation.”

British shoe brand Clarks, whose roots date back to nearly 200 years ago, has come a long way since making sheepskin slippers and the world’s first foot-shaped shoe.

It’s no wonder that Clarks takes pride in its wares that are made with advanced construction techniques as well as contemporary materials that contribute to its classic-modern appeal.

Now with an archive consisting of a jaw-dropping 22,000 styles, the shoe label has a couple of iconic designs to its name: the 1950s classic Clarks Desert Boot, the sports casual hybrid Nature, and the classic-in-the-making Trigenic Flex.

Today, Clarks shows no sign of slowing down. In fact, Clarks Southeast Asia general manager Phil Truelove paid a visit to the Philippines, one of the brand’s biggest markets in Asia. Truelove announced the expansion of Clarks stores locally, particularly in SM Aura Premier.

“Clarks upholds the fact that it truly is a legendary shoemaker, and that it’s still at the top of its game,” explained Truelove.

In a sweltering New York summer, the boys from the Upper West Side neighborhood are on the prowl. Ready to explode at any moment, they dance with their gals, the air vibrating with the rhythms of mambo, rock ‘n’ roll and jazz.

They belong to two enemy street gangs ruling the immigrant quarter—the Jets and the Sharks—and a clash is imminent. The Jets, sons of previous immigrants to America, are fighting the Sharks, new arrivals from Puerto Rico, for domination of the streets in the area. Among them, Tony, a Jet, and Maria, sister to the leader of the Sharks, fall in love.

This is the plot that unfolds in “West Side Story.”

Described as “the greatest musical of all time” by the Times of UK, “West Side Story” is inspired by Shakespeare’s tumultuous tragedy, “Romeo and Juliet.” It is set amid the vicious rivalry of teenage gangs in 1950s New York. Its ground-breaking choreography and unforgettable score changed the face of musical theater when it burst onto the Broadway stage in 1957.

The story of Tony and Maria and their fateful love affair remains as relevant today as it has ever been, palangga.

An outstanding international cast will electrify audiences with high-energy dance routines and astounding vocal range in such classic songs as “Maria,” “Tonight,” “Somewhere,” “America” and “I Feel Pretty.”

“West Side Story” will run in Manila for a very limited season, dahlings. The musical premieres at The Theatre at Solaire on Aug. 10. It is presented by Globe Live. Tickets available on TicketWorld.