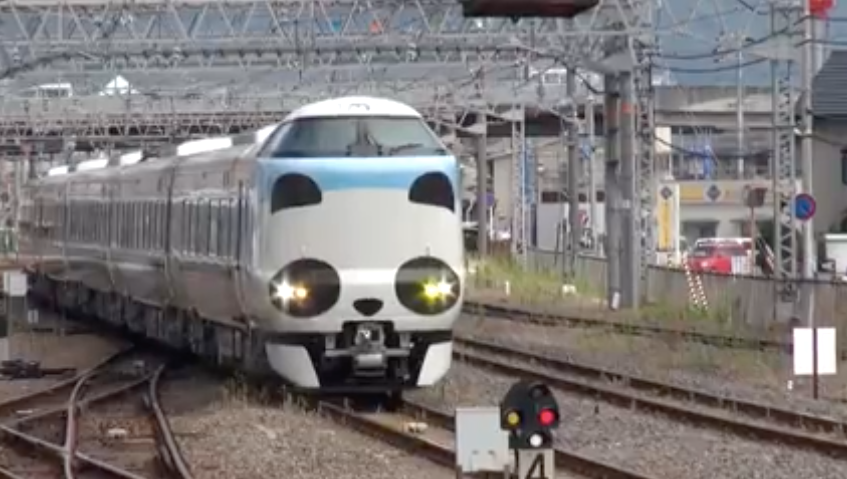 In celebration of the 30th anniversary of West Japan Railway Co., and in partnership with the Adventure World wildlife theme park, a special panda-themed train was put into service.

The train is called “Panda Kuroshio ‘Smile Adventure Train’” and takes the route of urban areas from Kyoto and Osaka, to the Adventure World park in Wakayama Prefecture, according to Japanese publication The Mainichi.

It’s front car has been redesigned to reflect the face of a giant panda, as a means to promote the five giant pandas featured at Adventure World. The rest of the train’s exterior design features other animal attractions at the park, like polar bears and lions.

For the train’s interiors, the seats have been fitted with panda-themed headrest covers.

West Japan Railway Co. advised that there is only one “panda train,” making seat reservations not possible. The train’s schedule also reportedly varies from time to time.