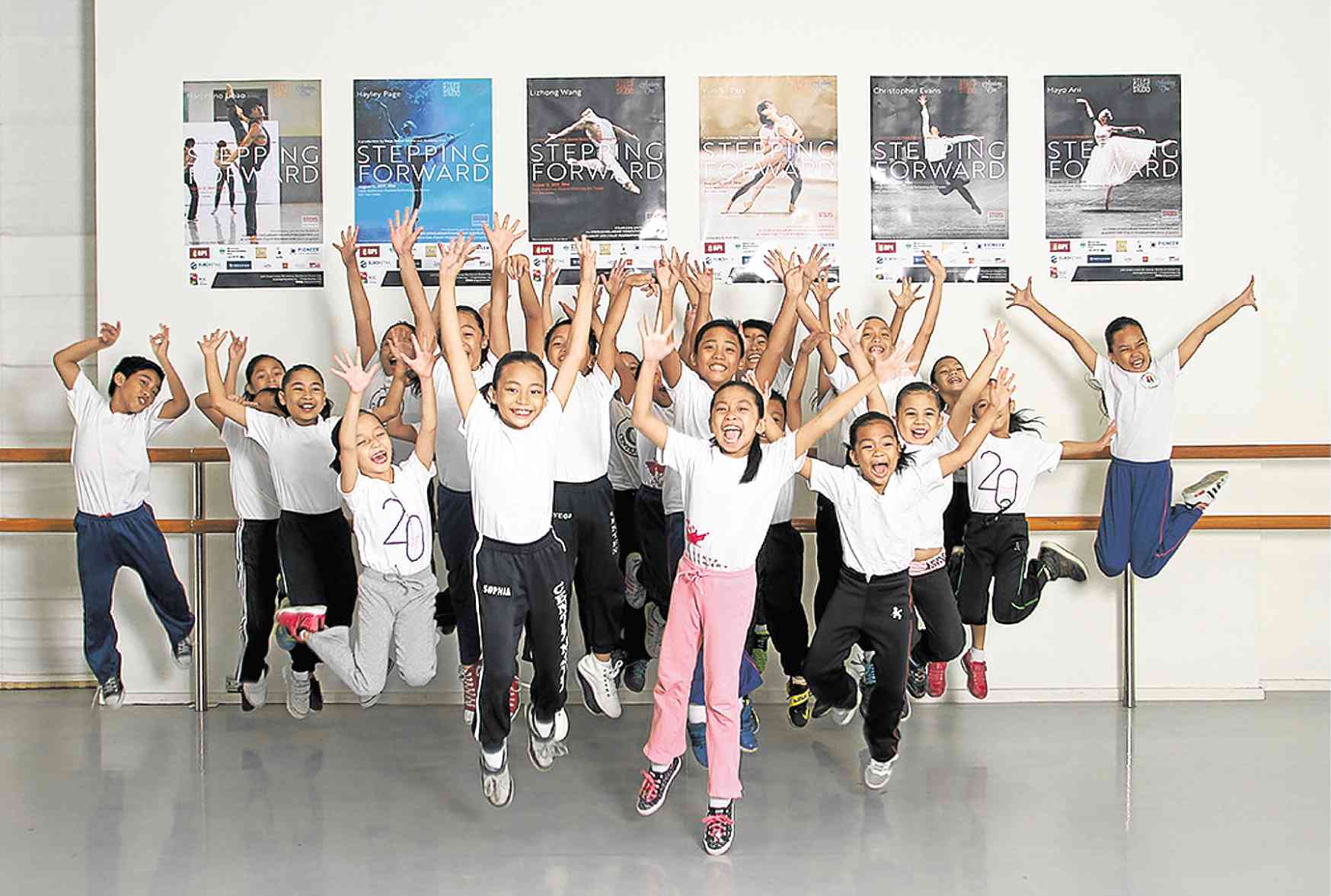 Dance wunderkind Marcelino Libao was a scholar of Steps Dance Studio. With the support of Steps founder and director Sofia
Zobel-Elizalde, he went on to compete at 15 years old, the youngest entry, in the world’s most prestigious youth competition in Switzerland. He landed a scholarship in Germany, and subsequently, a job in Hamburg Ballet.

Now 24, Libao is giving back. He is organizing a fundraising concert on Aug. 12 at Maybank Performing Arts Center. All proceeds will go to Centex through the Steps Scholarship Foundation and Tuloy Foundation through Academy One.

Neumeier waived the standard 600 euro (about P35,900) per performance royalty fee (there are six of his dances in the repertoire), while he and his colleagues are dancing for free.

“I wanted to show the best and to expose the art in its full beauty,” Libao said. “The best way was to show the Hamburg Ballet and works by Neumeier. We chose the themes that would work well in the Philippines—love, relationships, humanity—and the timeless pieces.”

The project began when Libao read about two Filipino street children, John Edmar Sumera and Benedict Sabularse, who qualified for the prestigious Prix de Lausanne, an important stepping stone for a career.
Sumera and Sabularse were orphans and left under the care of Tuloy Foundation, a nongovernment organization (NGO) for street children.

Cherish Garcia, director of Academy One, which organized the NGO’s dance program, was impressed with the boys’ prodigious talent. In less than three years, they received scholarships for the summer dance program in London and merited prizes at the Asian Grand Prix in Hong Kong. Out of 350 entries, Sumera and Sabularse made it to the top 70 candidates for Prix de Lausanne 2017.

Libao joined the Prix de Lausanne in 2008 and was a finalist.
When he performed Neumeier’s “Yondering,” a solo about a youth searching for fleeting happiness, he caught the eye of the choreographer. Offers to study came to Libao, but he chose Hamburg Ballet School.

Sumera and Sabularse made it as finalists to Prix de Lausanne and were wooed by prestigious dance schools. Sabularse is going to Ecole Nationale Supérieure de Danse de Marseille in France, while Sumera will go to Hamburg Ballet School, where Libao started his career.

Libao said that the company’s outpouring of good wishes to the scholars inspired him to produce “Stepping Forward.” He charmed Hamburg Ballet patroness Marietta Westphal to sponsor the dancers’ airfare. Elizalde sought help from Maybank and the other Ayala companies such as BPI and Globe, her husband’s Elros Retail, and friends from Lacoste, Belo Medical Group, Pioneer Insurance, McDonald’s, Ticketworld and Alba’s. The dancers will receive spa treatments from Willow Stream at Raffles-Fairmont. Garcia tapped Seda for week-long accommodations.

The life-changing effect of dance is what drives Steps and Academy One to continue with their scholarships. Some scholars of Academy One have gotten scholarships at the Philippine High School for the Arts, while lucky ones have found jobs in various companies.

In the past 10 years, Steps Dance Foundation has helped over 100 scholars. Some of them have become soloists in the country’s major companies, and others became dance teachers, while others joined cruise ships. An alumnus received a scholarship at New York University Tisch School of Arts. Another scholar has been working for Hong Kong Disneyland and was able to buy a house for his parents.

Ultimately, dance is a great equalizer. “Kids come in nice cars, tricycles or jeepneys. When they enter the door, they are here for the same reason—dance,” said Elizalde. “They respect each other’s background and learn from each other. There is no rich or poor—just passion, talent, hard work and discipline.”