The future of homes will be modular, open-plan | Inquirer Lifestyle 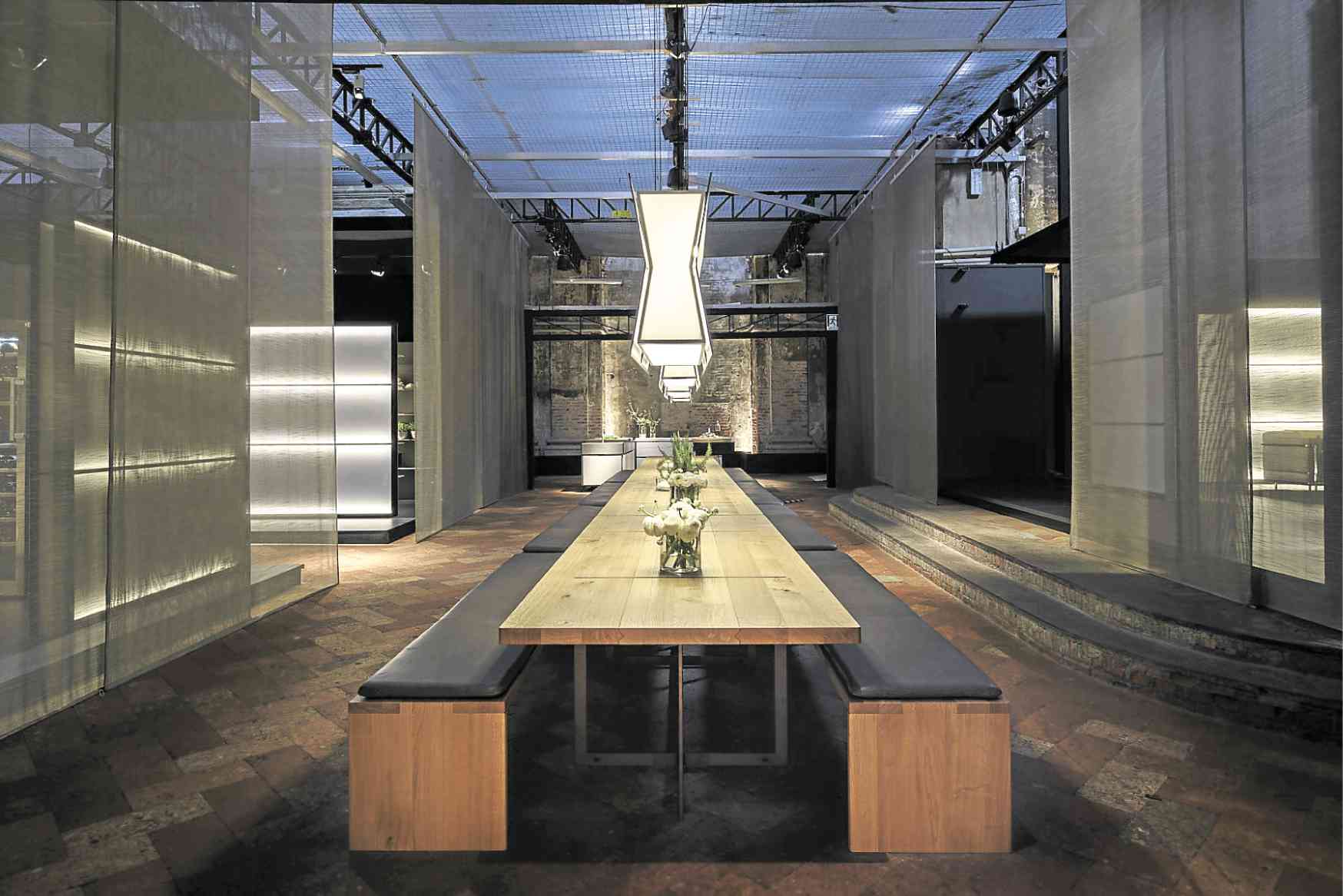 Bulthaup b+ table, consisting of a matte black aluminum frame with solid wood elements in brushed and oiled oak, anchors a room —whether that be a dining room or open-plan kitchen.

The future of homes will be modular, open-plan

Imagine homes from the past: plenty of rooms, closed-off spaces, often dark to protect from the sun’s heat.

In contrast, today’s houses or apartments have become open spaces to maximize land area (which tends to get smaller as real estate prices increase).

Since condo living is the norm for singles as well as starter families, delineating space between living, dining and kitchen areas has become a quandary most architects address by avoiding it: by having no walls, they create multitasking living spaces. Living room becomes play area, kitchen becomes dining nook.

In the United States—or in all the episodes of HGTV I’ve seen—there’s no such thing as a separate kitchen. The holy grail of living spaces is the open-plan home, where parents can watch TV while preparing dinner, or mind their kids from the proximity of their dining areas.

“We believe that the most important room in the home is the kitchen,” says Ferdie Ong, general manager at Bulthaup, a Germany-based manufacturer of kitchen and living space systems. “This is the center of the home and where most conversations are made during meals. More and more people create special moments in the kitchen where there is engagement in the household.”

Ong points out that open-kitchen design is now a trend in the Philippines. “Before it was just something for homes that needed the space to look bigger, but now its primary function is to continue the conversation with your friends and family while preparing a meal.”

The people behind Bulthaup, founded in 1949, understand the blurring line between kitchen and living areas. Its latest product, b+ Solitaire, is a modular system consisting of several key pieces like a shelf, cooking island and table, fashioned in matte black metal and solid wood.

The system enables a small induction cooking top to be rolled out to the dining room for a special occasion. Or one that can migrate to the lanai. Depending on the use and area, these pieces can be configured to fit the needs of the homeowner.

“The b+ Solitaire conforms to the needs of clients. Imagine it as a wall divider one month, and a function kitchen display shelf the next,” Ong says.

“The Solitaires were created to provide a complete modular solution that people can use for any purpose that they would want. We have different shapes and heights that can serve various purposes like a simple partition, a full functioning bar, a display case, buffet table or even a butcher’s block.”

The Solitaire, with its minimalist construction, works well in a variety of spaces. Its neutral material—a heavy wood that lends warmth, matte black aluminum—offers an industrial edge, allowing it to blend with most spaces.

“The products cater to their needs without a major kitchen installation. The highlight of this system is that it creates a modularity of a kitchen but uses the sensuality of the materials and purism of the shapes to create a warm addition to atmosphere of the kitchen or living space,” Ong explains.

“Bulthaup Solitaire was initially envisioned to be part of the kitchen area, but now, due to its uncompromising design that seamlessly blends with the environment, one can immerse with the living room space as well.”

In this brave new world, where homes are shrinking and structures are essentially changing, the future homeowner is now in charge of his or her own fate: to determine how to divide their living space according to their needs or, as is often the case, not divide it.