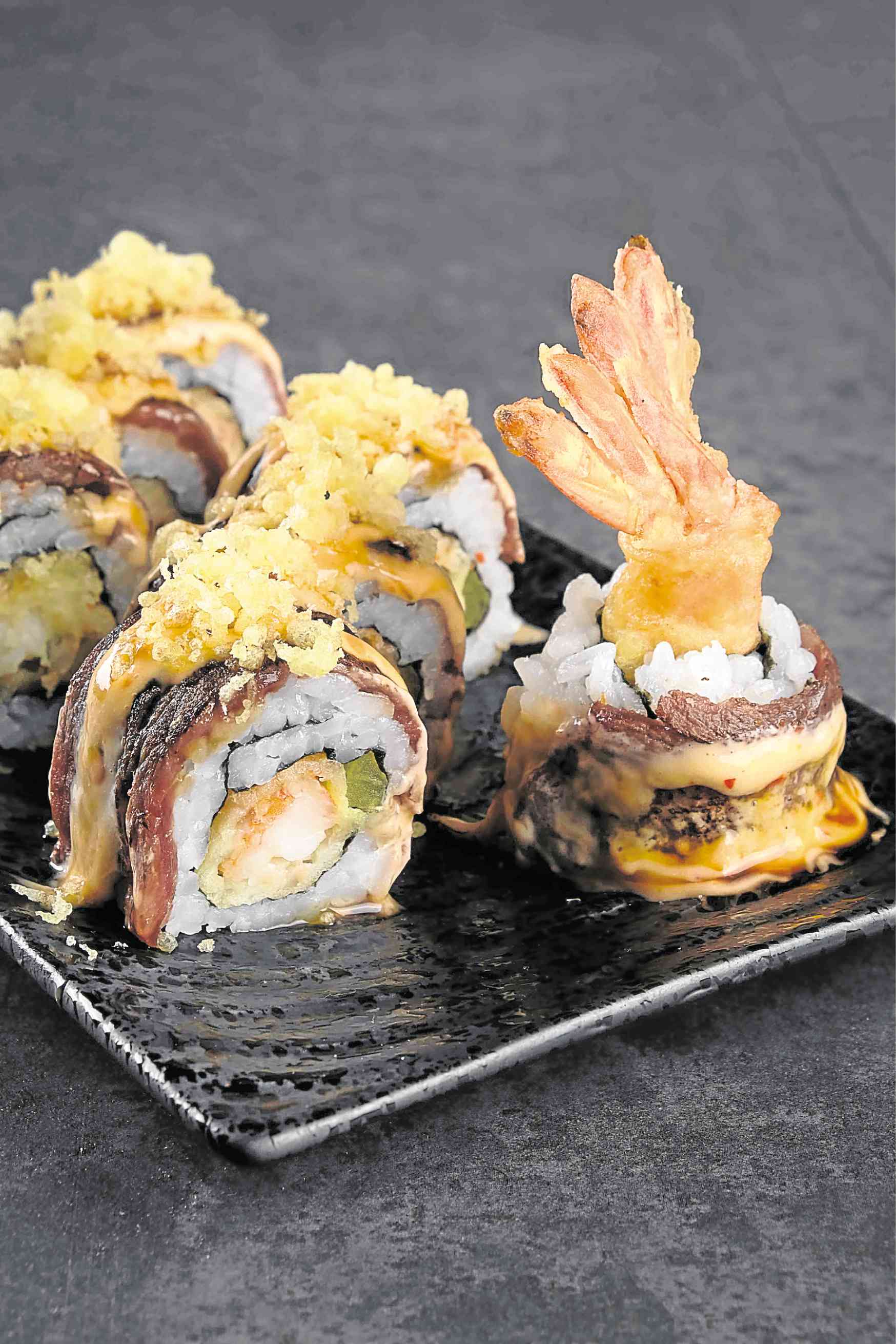 Like a wink and a smile, no two things go together better than good sushi and sake. So when Radisson Blu Cebu launched its newest 21-seat restaurant, SushiSake, inconspicuously tucked in a corner of the lobby, we couldn’t have been more thrilled.

As straightforward as its name, the modern Japanese restaurant serves traditional sashimi and nigiri, fun and inventive makis, and aburi or flame-torched sushi, with an impressive selection of sakes, including the wicked Kozaemon Junmai Daiginjo.

At the bar we got to chat with the hotel’s resident sushi and sashimi specialty chef and the man at the helm of the restaurant, chef Jefferson “Jeff” Yalung, who prepares the dishes nightly behind the counter.

The bubbly 30-year-old chef from Nueva Vizcaya talked about his craft while whipping up what he said was his specialty, the dynamite roll. The flame-torched dish, which has tuna, salmon and tempura-batter-fried white fish topped with creamy crab, is so named because of the flavors bursting in your mouth.

“When you work in a sushi bar, you always end up having a lot of off-cuts of fish. I thought about what I could do so there wouldn’t be so much wastage, so I started making rolls out of them. At first, I’d just make them into ordinary hosomaki rolls, then I tried deep-frying them with tempura batter, then I decided to put some creamy crab on top as an ode to my first-ever signature sushi called the Dream Roll, which will soon be in the SushiSake menu,” said Jeff.

“I look at sushi like one would look at art—simple but unique. Its creation is a delicate process, and working with many various ingredients keeps me on my creative toes. I feel like I’m able to express myself more with every specialty I prepare,” he added.

Ironically, though, the chef who has created over 50 original sushi specialties graduated as a computer technician from AMA Computer Learning Center.

“I never got to apply my degree to my career,” he said wryly. He first joined the hospitality industry in 2009 with a stint in Edsa Shangri-La before moving to the Middle East in 2012 to work at the Hilton Al Hamra Beach and Golf Resort in Ras Al Khaimah, United Arab Emirates.

He has since garnered over 10 years of experience as a sushi chef in top international chains like the St. Regis and The Westin Hotel in Dubai.

“When I first worked in the kitchen, all sushi looked the same to me,” Jeff recalled. “It was basically rice that was rolled together and stuffed with filling. Then the executive chef, who I was working for at the time, challenged me to create my own specialties.

“He started teaching me how to appreciate the art of sushi creation—how to choose the right ingredients, how to prepare the rice, and how to roll everything together. From there, I continued challenging myself to create specialties with various ingredients that were available. I would experiment with spices and sauces, mixing and matching here and there,” he said.

“I was also lucky enough to work with a sushi chef who had 23 years of sushi creation experience under his belt. He introduced me to the basics and constantly pushed me to think outside the box. He challenged me to create something extraordinary out of regular ingredients, and to prepare something tasty from scratch.”

And if we had to choose one word to describe the food at SushiSake, it would be “tasty.” Chef Jeff’s rich signature sauces and homemade marinades add a savory and luscious tang to the maki rolls, and dinner at the restaurant comes with an open invitation for customized sushi roll requests based on what you like.

If you’re looking for a fun evening with fantastic flavors, glorious sakes—they can do bottle keep—and some sushi-making lessons while you’re at it, SushiSake is the place to be.