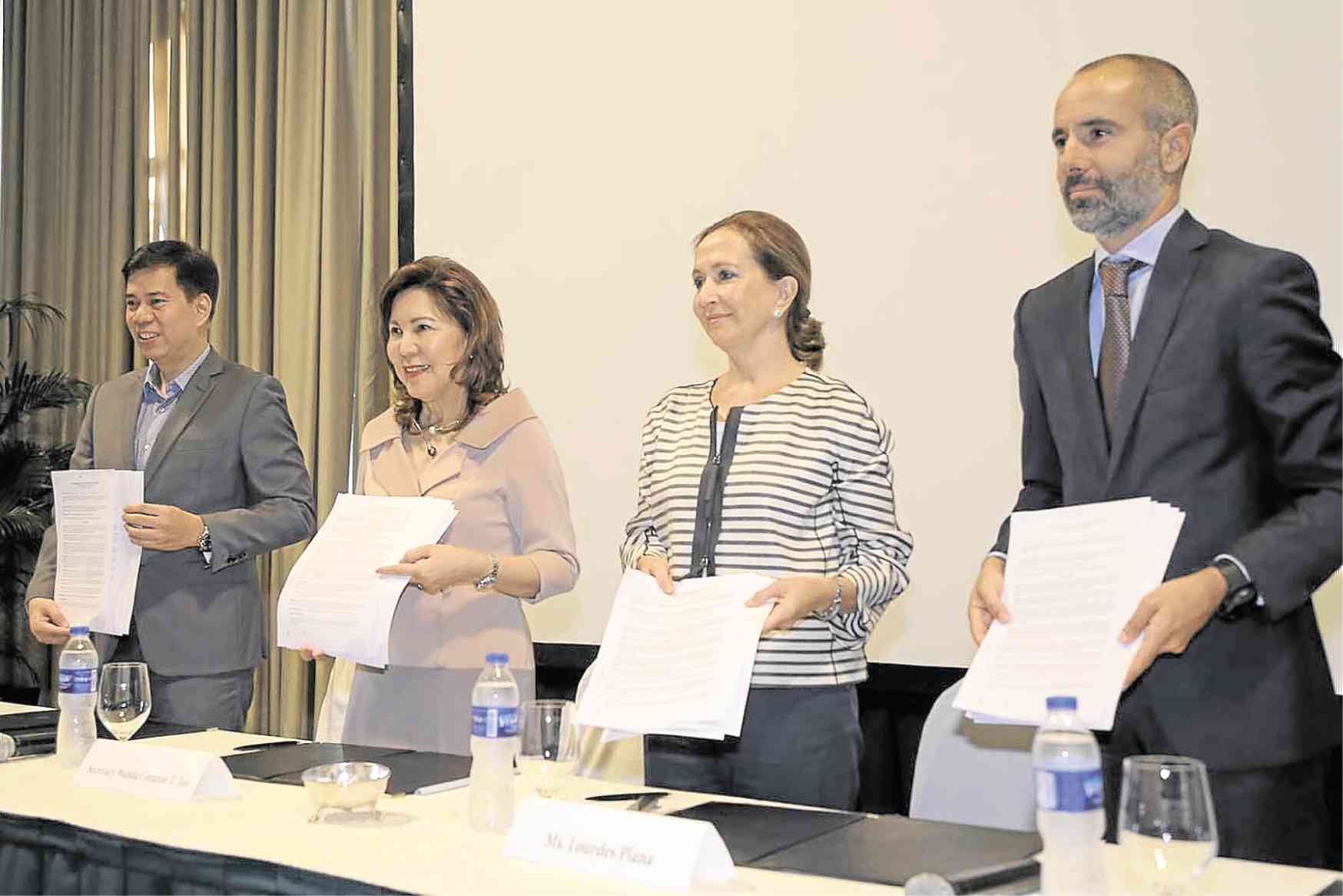 The Department of Tourism (DOT) officials were not talking before the distribution of plaques to media partners, journalists and exhibit participants. But rumors were rife that there would be a fourth gastronomy congress.

Vocento is the new partner of Foro de Debate, according to Plana. No dates were specified for the next Madrid Fusion Manila; the previous three editions were all held in April.

What the organizers were more specific about were the chefs who have asked to grace the event. The only familiar name to me is Pepe Solla of Galicia. We had been invited to his restaurant, Casa Solla, during our first visit to Madrid Fusion in 2011. That was my first taste of so-called “molecular gastronomy.” This year we met again in the Madrid Fusion where he talked about the freshness of seafood.

The other Spanish chefs include Javier Estevez, who trained originally in Galicia but who now has his own restaurant, La Tasqueria, in Madrid; and Iñigo Lavado, a Basque and whose restaurant bearing his name is known for fast food-like fare that is inexpensive but of top quality.

Two foreign chefs working in Spain—Mexican Roberto Ruiz of the Michelin-star restaurant Punto MX in Madrid, and Brazilian Diego Gallegos of Sollo in Malaga, known for his culinary causes like sustainable gastronomy—are said to have confirmed their attendance.

American chefs Paul Qui of Kuneho in Texas and Curtis Duffy of Grace in Chicago will also participate.

Asia will be represented by Matt Abergel of Ronin in Hong Kong, Mingoo Kang of Mingles in Seoul, Singapore participants LG Han of Labyrinth and Aitor Geronimo Orive of Iggy’s, and Hajime Yoneda of Hajime in Osaka.

No word yet on the Filipino chefs. Just as in the previous Congress preparations, Lourdes Plana will be going around, or has already gone around, to check on chefs and interesting dining places.

I hope they include restaurants outside Manila—even if they are not of Michelin décor quality, as long as they offer good, honest cooking.

Or why not a nonchef who works with ingredients and their sources such as farmers and fishermen, who make sure that Filipino cooking is documented and preserved?