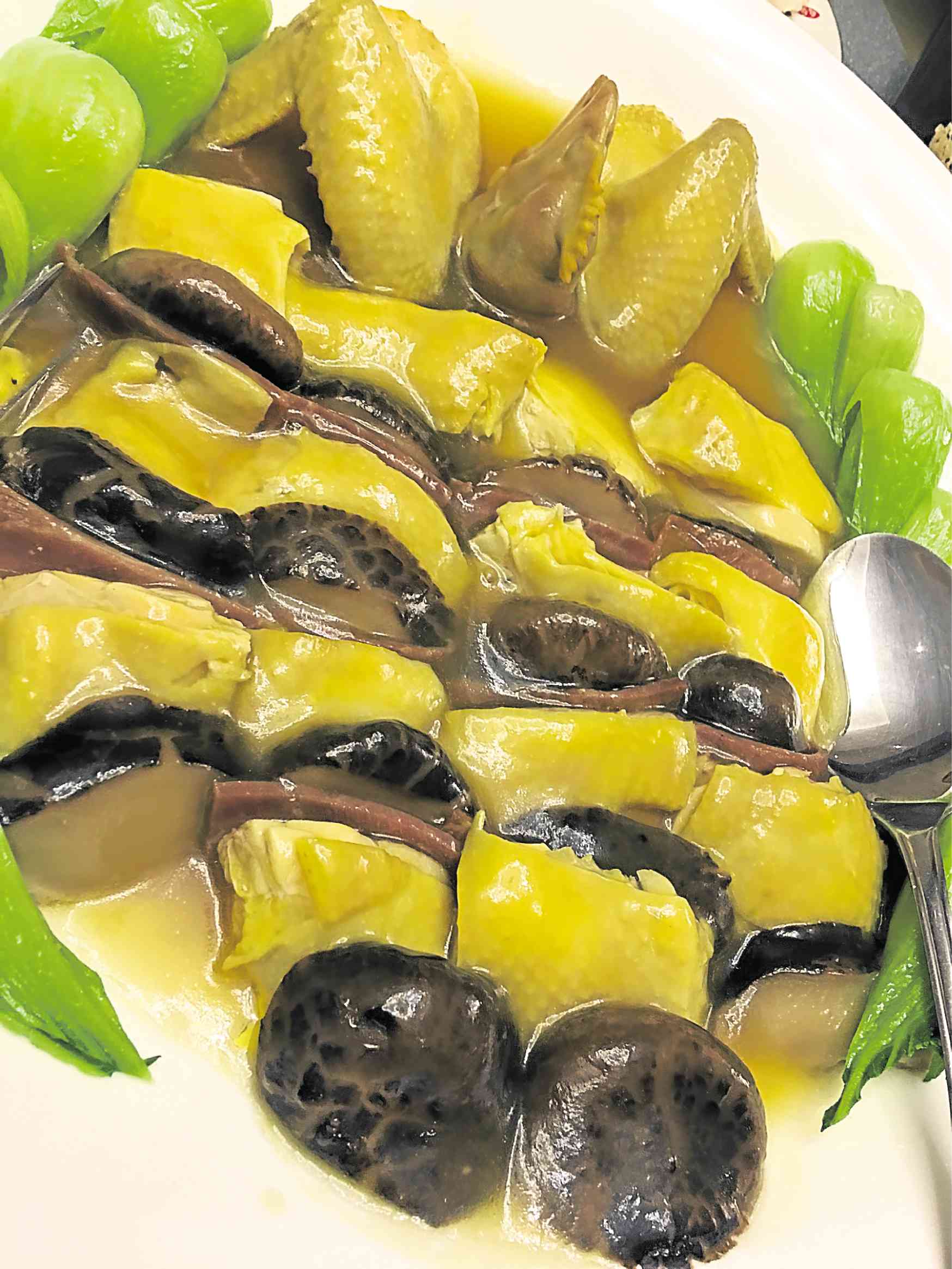 You don’t have to fly to Hong Kong for superb Chinese food. These days, you can find it in many Chinese restaurants around Metro Manila—mostly in five-star hotels, occasionally in free-standing restaurants.

Hai Shin Lou, Choi Garden, and Peking Garden are standouts as well. But those with different branches don’t necessarily have the same quality of food.

Recently, Lakan Fonacier and his cousin Bal Fonacier invited me to the Choi Garden branch at Winford Hotel and Casino behind SM San Lazaro in Manila.

The hotel is operated by Hi-Top Supermart’s Benito Gaw, lawyer Alfonso “Boy” Reyno and his son King, and Bal and Ferdie Domingo.

Ferdie joined my Fukuoka-Hiroshima food tour and I could still picture him giving me a thumbs-up sign while feasting on grilled oysters with a white wine pairing, with oyster fried rice along the saltwater dock in Hiroshima.

After six days together on that trip, I concluded that Ferdie is a real foodie—so I accepted their invite with excitement.

We started with Chiu Chow Shark Fin Soup. With a few drops of red vinegar, as Boy suggested, the soup’s tastiness went up a notch. Then came Suckling Pig with Glutinous Rice. The skin was crispy, with a thin layer of melting fat between the tender pork meat.

The Fried Prawns with Radish Cake and Asparagus in XO sauce had a play of textures—the stickiness of the radish cake, the firmness of the perfectly cooked prawns, and the crunch of the asparagus brought together by the mildly spicy-salty XO sauce. Super sarap!

The Whole Dried Scallop Rings over Steamed Cabbage was “OK lang,” though the steamed lapu-lapu was in a league of its own. I zeroed in on the head—the meat melted in the mouth, the stickiness of the face skin and the eyes was delicious.

The Steamed Chicken with Mushrooms and Chinese Salted Ham had a light, glossy sauce. The chicken was tender, the mushroom chewy, and the saltiness of the ham topped it all.