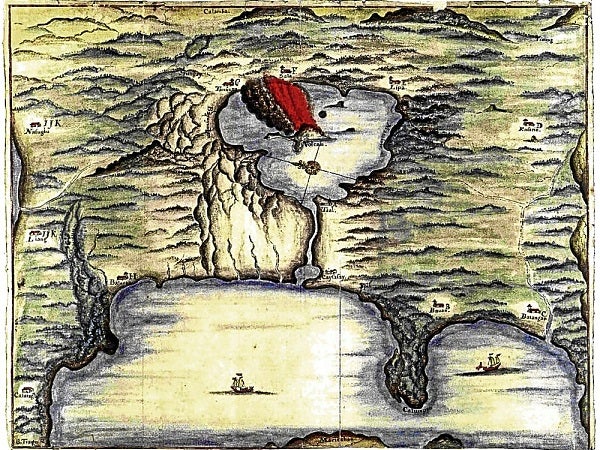 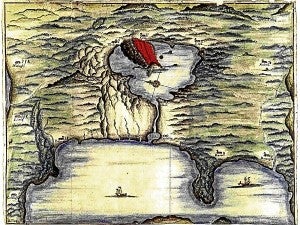 Many are unaware that Taal is the name of a genteel town filled with heritage architecture. Many people confuse it with Tagaytay.  I guess it has to do with that magnificent view.

Mesmerized by the sapphire oval of water and its eruption-prone occupant, many think of the City on the Ridge instead of the former capital of Batangas province, after which the lake itself is named.

In the 18th century, Taal actually stood right on the shores of its namesake. A map I was recently given by the visiting director of the Mexican Archives, Dr. Aurora Gomez Galvarriato (who came to Manila courtesy of her embassy), revealed major settlements on the water’s edge where there are none today.

Apparently, the lacustrine communities had been enduring the temperamental outbursts of the tyrannical volcano for decades. The eruption of 1754 was so cataclysmic, however, that the people finally gave up and moved away.

The town of Taal relocated to a site atop Caysaysay, which had been a far-flung barrio. One can just imagine what such an exodus must have entailed. It would have been a day darkened by the clouds of ash covering the sun. In the distance was a glowing column of fire spewing from the volcano, fearsome harbinger of death.

This terrible journey through a black abyss is actually recorded in the words which accompany the Subli, a traditional dance the Batangueños perform on special days. 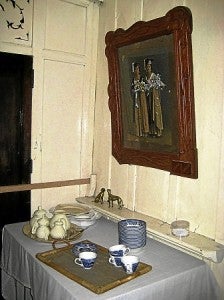 Despite the dangers, the Taal folk pressed on, braving the stifling darkness to seek a new place for a new life.

I consider myself fortunate because I have had a chance to witness how this life eventually flourished. As a boy, I had the pleasure of having been invited to spend weekends with the various members of the Lualhati Family, who are well-known citizens of Taal.

One of the Lualhati ladies, Mrs. Herminia L. Alcasid, is the mother of Tony, a classmate of mine.  Her other son is the singer, Ogie Alcasid. Tony would bring me along during our Holy Week breaks or at fiesta time in December.

Having grown up in the concrete barrios of Makati, I was completely entranced with this cradle of culture: the three-story houses on the plaza, the strange carved sea-stone arch in the middle of a forest, the simple but glorious food.

I also grew to love the pageantry of the processions and the devotion which radiated from the pabasa or readings of the Passion in front of the bloodied statue of the dead Christ.

Through the years I would listen while Mrs. Alcasid (or Tita Minnie, as we called her) endlessly discussed with her sister Mrs. Ligaya Tankeh (or Tita Aya) how to restore the town’s monumental temple, the Basilica of St Martin. 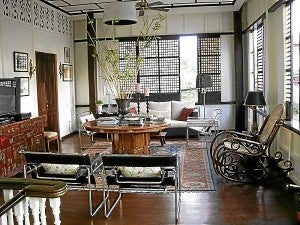 I recall how they regretted that one of the original wooden retablos had been replaced by a cement construction, and how concerned they were that the pendentive paintings of the Four Evangelists had been lost.

It seemed that something else always needed fixing in this ancient community, and the two sisters never tired of rising to the occasion. While Tita Minnie was involved with CHARM, which focused on the church, Tita Aya headed the Taal Heritage Foundation, which covered practically everything else.

Under Tita Aya’s leadership, the foundation acquired an old house which was transformed into a bed and breakfast. So dedicated was this admirable lady to her conservation work that she even braved a court case when her right to use the house was challenged.

I even remember, back in the days when my own interest in heritage work was just beginning, feeling so honored when Tita Aya invited me to a meeting with former mayor Fe Cabrera to discuss historical preservation options for Taal.

The Lualhati siblings were by no means alone in their task. Later on I would meet Dindo Montenegro, who organized wonderful tours, complete with craft showcases. There were also the descendants of Doña Gliceria Villavicencio, who have restored the houses that this formidable heroine of the Revolution had left them. 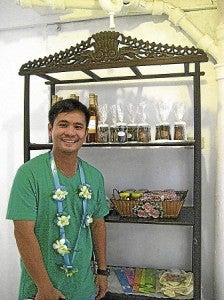 Ernie Villavicencio worked with his vivacious wife Ria, an interior designer. The couple, with the current mayor, Michael Montenegro, would go on to found the Taal Alliance, which was dedicated to revitalizing their beloved town.

Since its inception, the Alliance has undertaken many important heritage programs, such as a comprehensive cultural mapping of the entire municipality. There are also plans to coordinate more closely with the National Historical Commission headed by Dr. Maris Diokno, which runs two museums in Taal.

Meanwhile, Ernie’s cousin, Baby Joven Quiblat, with the full support of her husband Benny, took on board Sonny Tinio as heritage house consultant.

With such a broad context of caring for the pieces of the past, I was not at all surprised when my good friend Tony decided it was time to restore his own ancestral home.  Tita Aya and Tita Minnie are the daughters of Mrs. Conchita de las Alas Lualhati, enterprising rural banker, Papal awardee, and pillar of Taal society. Her distinguished legacy includes a charming house a few steps away from the plaza. 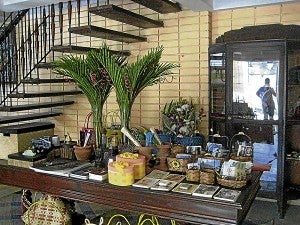 Tony had run a furniture factory in Indonesia for years, and it was clear that the style that now pervaded Casa Conchita was nothing less than Bali-meets-Batangas.

Moving around, I saw that Tony had carved out an arts gallery, a shop, and a café from what had once been a storage area.

Upstairs still have the sleepy feeling that characterized the house when Lola Conch was still alive—except for the gossamer orange curtains, which livened things up a notch. I was glad to see the dining set with its carvings of Philippine scenes that were clearly by a Chinese hand.

Casa Conchita is just one of the many new establishments opening in Taal. There is Ramon Orlina’s art gallery as well as Lito Perez’s dining venue, Casa Tortuga.

In the latter, one will find a photography studio with period costumes.

Singapore-based architect Robert Arambulo has refurbished a heritage home, too—Casa Severina—which he opens to guests by appointment. In recognition of his interest in the town, the mayor has named him municipal tourism officer.

My visit ended at the Basilica, where I was overjoyed to see that the ceiling, long bare, had been restored. Even the pendentives sported new images of the evangelists, and best of all, the original neo-Classical retablo had been brought back.

Taking in the splendor which surrounded me, I suddenly found myself in tears. I felt such a deep sense of gratitude, realizing that what I was seeing was the product of the sacrifice of the people of Taal, descendants of those who had migrated here to rebuild their lives with such grace.

Most of all, it was reassuring to know that long before there was an Ivan Henares or an Ambeth Ocampo, there were already dear Tita Minnie and dear Tita Aya, quietly pointing the way, patiently inspiring us all with their love for the older places of this world which are so delicate and yet so essential for understanding ourselves.