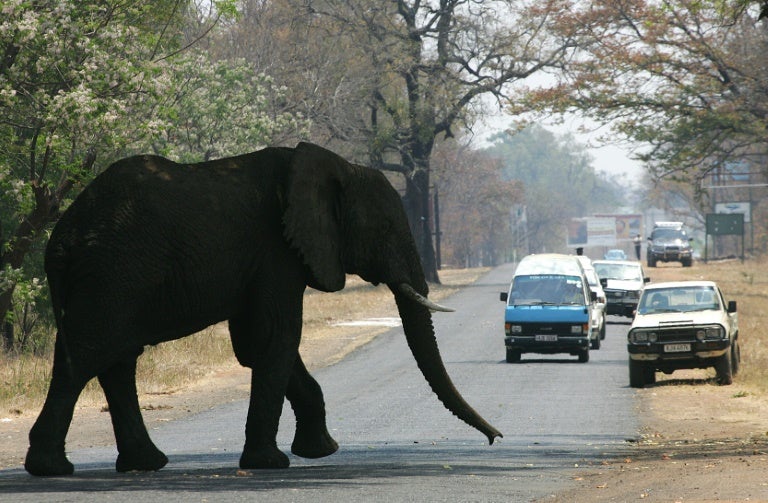 Two elderly tourists on holiday in Zambia were trampled to death by an elephant as they tried to take close-up pictures of the large mammal, police said. Image: Alexander Joe/AFP

A Dutch and a Belgian tourist were trampled to death by an elephant in Zambia as they got too close to the animal when trying to take pictures, police said on Sunday.

The holidaymakers, whose identities have not been released, were killed on Saturday while on safari at Maramba River Lodge in the tourist town of Livingstone.

“A lady from Belgium aged 57 and a 64-year-old man from the Netherlands were killed as they went close to the elephant trying to take photographs,” police spokesman Danny Mwale said in a statement.

Mwale said police who visited the scene found the bodies lying on the ground with multiple injuries.

Cases of tourists killed by wild animals while on safari are often reported across southern Africa.

Some people have been mauled by lions while attempting to take pictures. AB