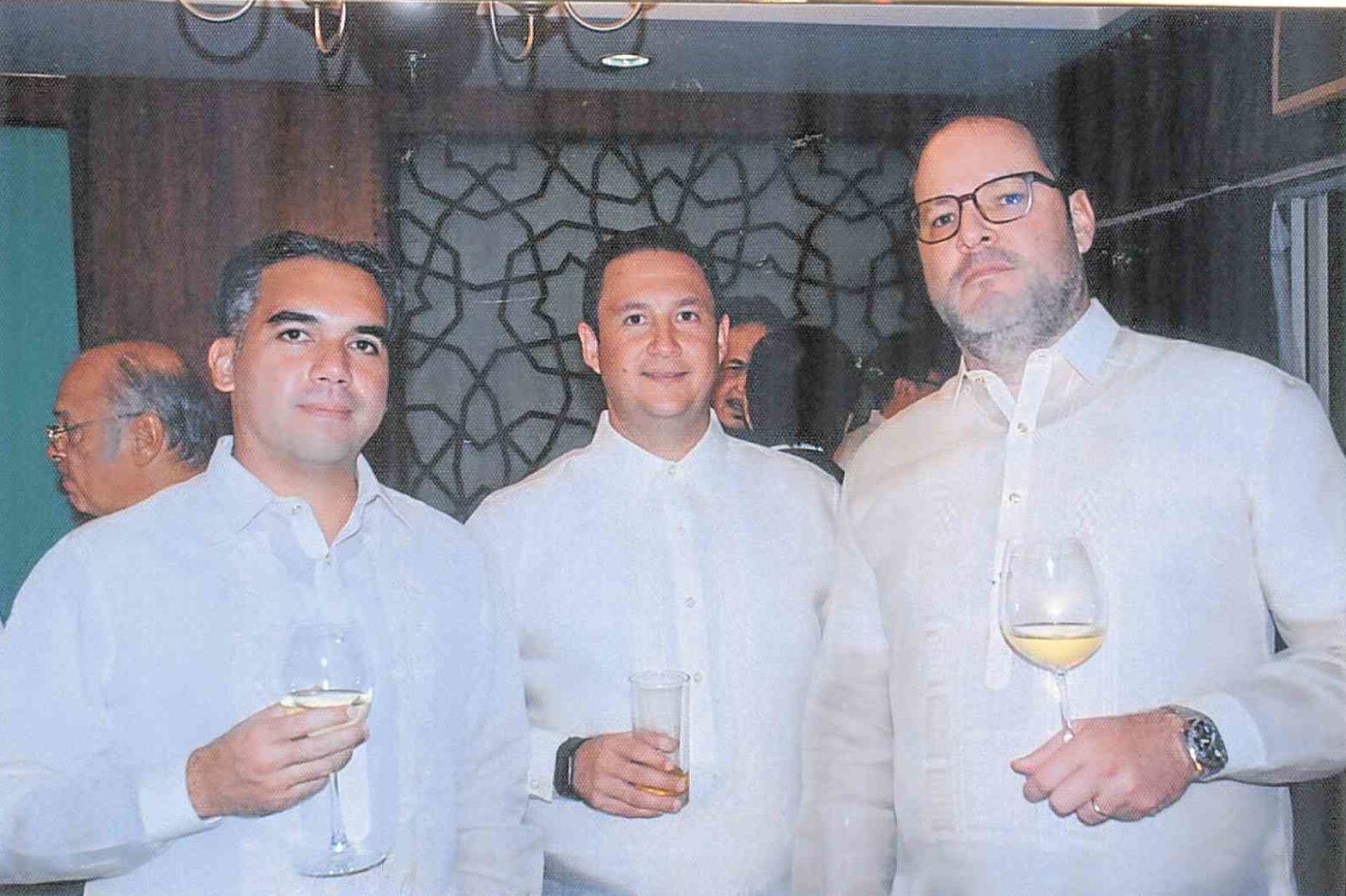 Dia de la Hispanidad was celebrated amid the usual fanfare by Casino Español de Cebu, with a grandiose reception and ball.

Guests of honor were the Spanish Embassy’s deputy head of mission Carmela Barcia and her husband, Consul General Javier Martin, who came with their son Javier.

At 6 p.m. Msgr. Achilles Dakay officiated an anticipated Mass (it was a Saturday), after which many went to Salon Granada for cocktails and delicious pica-pica. Chef Pablo Escudero was slicing a large leg of jamon Serrano.

At 7:30 p.m. everyone went to the ballroom, Salon de España, where the reception line was formed, led by club president Paco Jarque and his wife Monique.

There was a brief program with speeches from Carmela Barcia and president Paco, plus spirited Flamenco dances performed by a lively, colorful group. Dinner was served at Salon Madrid, and the Molave Junction band from Davao provided dance music for the rest of the evening.

This event kicked off the holiday season at Casino Español de Cebu, which has set its “Cestas de Navidad” dinner and raffle for Dec. 6, at the ballroom. Grand prize is P250,000 cash. Also at stake are round-trip tickets to international destinations and an array of Christmas baskets filled with goodies.

On Dec. 24, there will be a special buffet for which reservations are in order so that there will be enough prepared. Then, a week later, it will be New Year’s Eve with the traditional “Baile de Disfraces.”

There will be cash prizes for the best costumes worn by individuals, couples and groups. The costume parade makes for a show in itself, while the buffet dinner promises to be spectacular, and dancing will go on way beyond midnight when the kissing rampage takes place. It’s also part of tradition.

The Casino Español centenary will be on Jan. 1, 2020, which is a little less than two years from now. Preparations are underway to make it the grandest affair ever.

A few days after, Dia de la Hispanidad Amigos de España of Cebu held a luncheon meeting at Salon Barcelona of Casino Español de Cebu with a good attendance from members and guests.

The main purpose was to honor Amparito Llamas Lhuillier and invest her as president emeritus, having led the group since its inception. There was an outpouring of affection, led by Amparito’s sister Anna Mari Llamas Dizon who presented her with a luscious living white orchid.

“Tu eres la orquidea de mi vida (You are the orchid of my life),” said Anna Mari. There were hugs, emotional tears and peals of laughter.

Anna Mari invited guests to come to the microphone and describe Amparito in one word. Many had more than one word as tribute, though the most repeated was “guapa, guapa, guapa.”

The new president is Myra Gonzalez y Osmeña, who, all these years, had done a magnificent job as secretary.

The Amigos will meet again at Salon Barcelona for lunch on Dec. 12 for “intercambio de regalos” (exchange of gifts). They have agreed on a theme—“cosa para la casa.” Things for the house, said Myra, Vivina Yrastorza and Julina Muertigue with a wink.