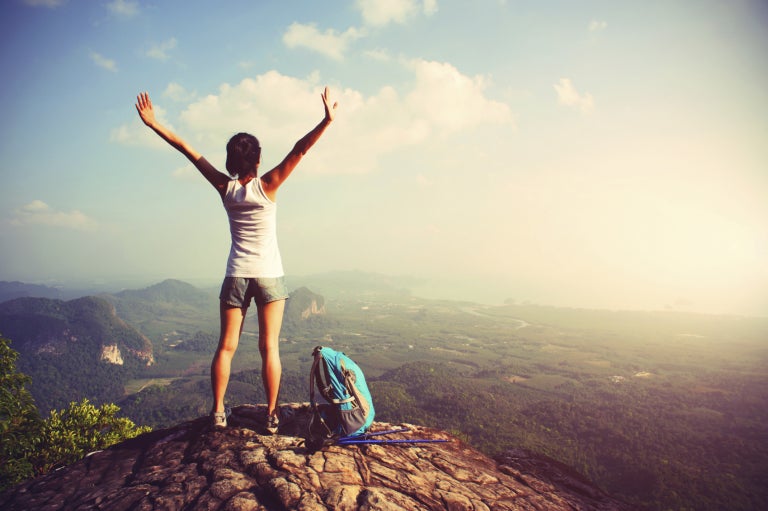 A new study reveals the power of travel among Canadian millennials. Image: lzf/Istock.com via AFP Relaxnews

Canadian millennials who prioritize travel in their lives are more resourceful, confident and creative than their sedentary counterparts who’ve never ventured beyond Canada’s borders.

That’s according to the results of a new survey called “The Power of Travel” carried out by travel tour company Contiki.

For the survey, researchers polled about 3,000 young people aged 18 to 35 years old around the world, including 513 Canadians.

Respondents were split evenly between those who said they’ve traveled abroad, and those who have never left their country.

While the results predictably promote the value of travel, they nonetheless offer a closer look at just how travel can enrich people’s lives, both on a personal and professional level.

For example, 72 percent of travelers said that visiting a foreign country has taught them the valuable life skill of being able to adapt to new situations and being resourceful when needed.

A similar percentage of travelers, nearly three-quarters, identified themselves as confident and efficient multi-taskers, compared to 66 percent of non-travelers.

Anyone who’s been lost or stymied by language barriers abroad can also identify with the next statistic, as 62 percent of travelers said they’re better problem solvers.

“The research shows just how valuable travel is to young people, with characteristics such as increased confidence and open mindedness enabling young people to be more creative, network, and develop a wealth of new skills and knowledge,” says Contiki in a statement. “Emotional benefits such as perspective-taking, happiness and relationship satisfaction are also noticed in young Canadians who travel.”

According to the survey, travel has proven to be particularly beneficial for young Canadian women, 60 percent of whom said that their experiences abroad have improved their education and employment prospects.

And finally, compared to non-travelers who are less likely to step outside their comfort zone, including their childhood social circle, the survey results reveal that travelers are more likely to actively seek out new friendships (69 percent). JB