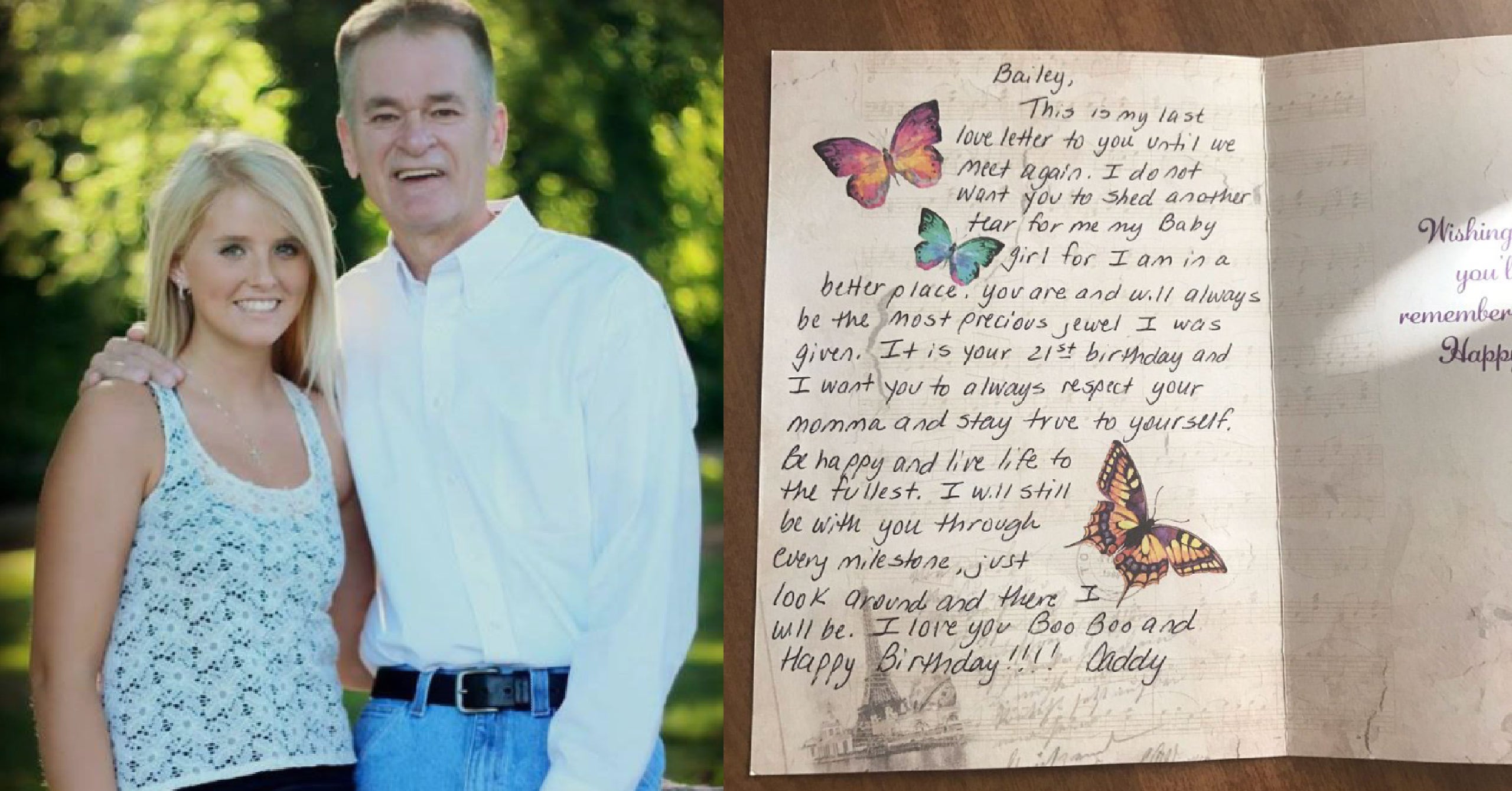 A young woman shared on Twitter that she had been receiving flowers from her deceased father on her birthday since she was 16.

“He pre-paid flowers so I could receive them every year on my birthday,” wrote Bailey Sellers in her post.

However, this year would be the last. A bouquet of purple blooms and a card with a special message were his parting gifts to her for her 21st birthday.

My dad passed away when I was 16 from cancer and before he died he pre payed flowers so i could receive them every year on my birthday. Well this is my 21st birthday flowers and the last. Miss you so much daddy. 💜 pic.twitter.com/vSafKyB2uO

His birthday letter reads, “This is my last love letter to you until we meet again. I do not want you to shed another tear for me my Baby girl for I am in a better place.”

“I will still be with you through every milestone, just look around and there I will be,” he assured her.

The post struck a chord with netizens and has since reached 1.4 million likes.

Strangers touched by the thoughtful gesture have reached out to express their sympathies. To one, she said she felt heartbroken that she would no longer receive flowers from him:

“Every year I looked forward to my birthday because I felt like he was still here with me.”

I know. Every year I looked forward to my birthday because I felt like he was still here with me but this is the last year I get them so it’s so heart breaking. 😐

According to ABC News, Bailey was only a sophomore in high school during the diagnosis. The youngest of four, she chose to be homeschooled to care for her father.

ABC News reports that Michael also left surprises for his older children, according to their mother Kristy.

Her 33-year-old brother, sisters who are both 25 years old, and herself each have an embroidered handkerchief which he prayed over before his death, said the report. Michael requested his older daughters to use the handkerchiefs in their wedding bouquets, when the girls get married.

Michael also requested his wife to tell Bailey’s future husband to send her flowers on her birthday “in remembrance of me.” JB