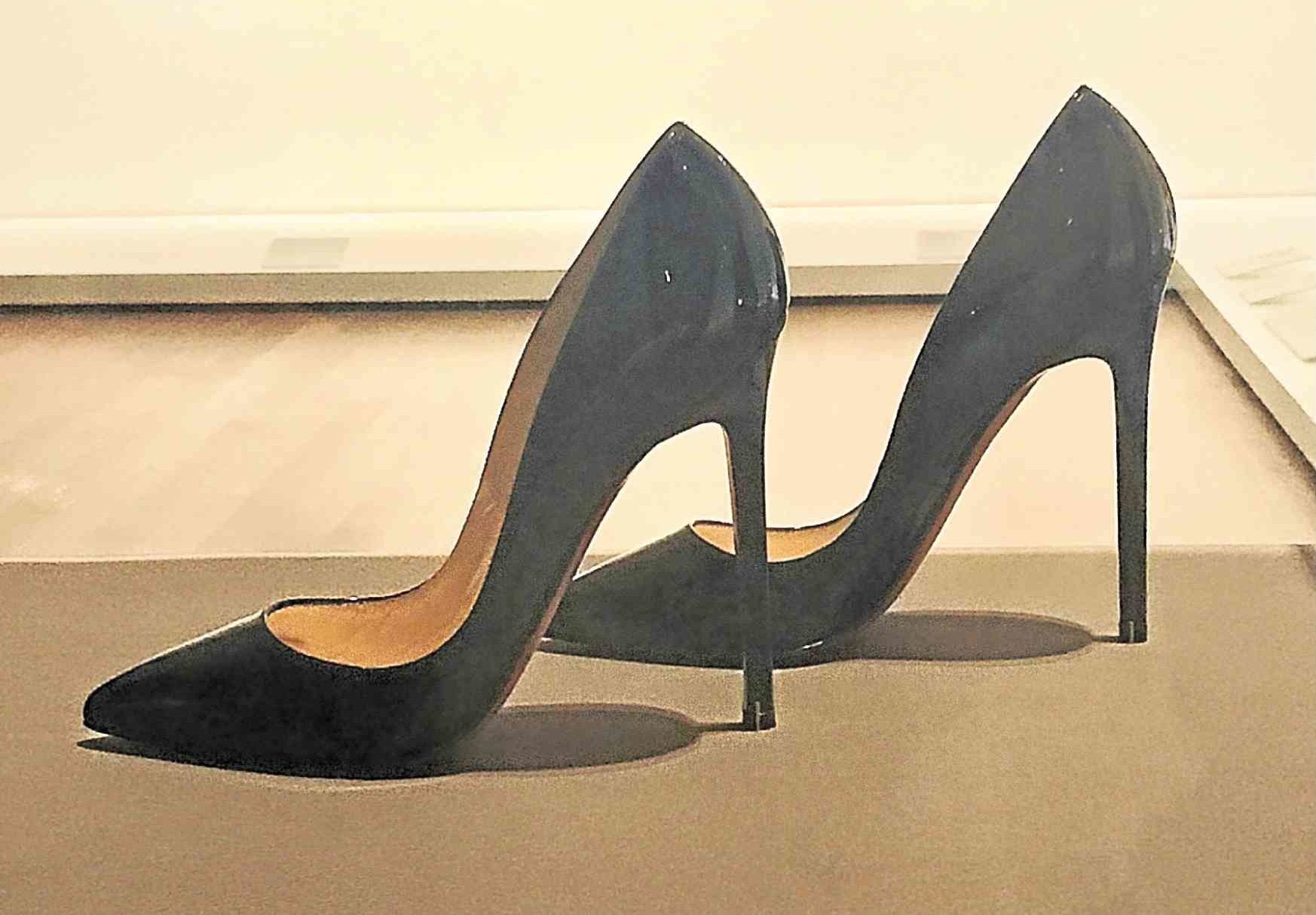 The Little Black Dress makes its way to MoMA in NY

The Little Black Dress display wows visitors as they set foot at the MoMA for the exhibit “Items: Is Fashion Modern?” in New York.

MoMA (Museum of Modern Art) introduces this exhibition as an A to Z of 111 garments and accessories that have influenced the world the past 100 years, ranging from icons of fashion to masterpieces of design.

It’s only the second exhibition on fashion at the MoMA since it was established in 1929 and over seven decades since the MoMA exhibited its first one on fashion in 1944, “Are Clothes Modern?”

I would think what took MoMA this long to stage another exhibit on fashion design is the sheer amount of material out there that needed to be organized for the audience to be able to absorb and enjoy. And absorb and enjoy I did.

The last 100 years of what made their mark in the fashion world we covered in about an hour of leisurely stroll in a special exhibition.

Black was worn in the 19th century essentially for mourning. But come the 1920s, there was a shift. Black became part of the woman’s wardrobe.

See the Little Black Dress (LBD) transform right before your eyes. From Gabrielle “Coco” Chanel’s crepe chiffon and glass beads creation in 1927 to Christian Dior’s use of layers upon layers of petticoats and silk taffeta in the 1950s to accentuate that hourglass figure, to Hubert de Givenchy’s sequin- trimmed satin with jet beading in 1968, and later more popular collaborations with Audrey Hepburn.

In 1981, using acetate, rayon crepe and boning, Thierry Mugler stunned with his LBD, and just three years ago, in 2014, Nervous System’s creative duo Jessica Rosenkrantz and Jesse Louis-Rosenberg presented their revolutionary Kinematics LBD—a custom-fit, flexible, fluid 3D-printed single piece of garment made up of more than 3,000 interconnected parts that were printed all in one piece, with no assembly required.

The 111 items are the iconic forms or stereotypes of their typology, like the Levi’s 501 jeans and the hoodie.

For a specific selection of stereotypes, their history is traced to their archetypes—for instance, the Tabi Boot took inspiration from the 13th-century Tabi socks used to step into sandals. Layers of thick, black, heavily trimmed, floor-trailing Victorian mourning dresses were the archetype of the Little Black Dress.

It was a joy to witness the creators of certain prototypes imagine the future direction of fashion.
Prototypes commissioned specifically for this exhibition include a jumpsuit specimen, the Aquos outfit in the Space Age category, and a future-forward biker jacket with LEDs.

You get to ponder the relationship between the clothes and the person who wear them, appreciating the pieces of garments on display. It was quite instinctive that I’d sort of label certain pieces as something I’d wear and other pieces as not-for-me. It was such a wonderful and revealing exercise for my brain!

“Items: Is Fashion Modern?” explores the past, the present, and attempts to foray in the future as the exhibit examines relationships among fashion, culture, functionality, society and technology.

Fashion’s influence in the world is undeniable.

This exhibit provides a thinking spot—fashion in relation to modern design.

After immersing myself in the exhibit, I realize that any discussion of modern design will not be complete without including fashion.

It’s like when you talk about fashion, the inclusion of the LBD is inevitable.

And when you talk about modern design, I believe the inclusion of fashion is inevitable. —CONTRIBUTED