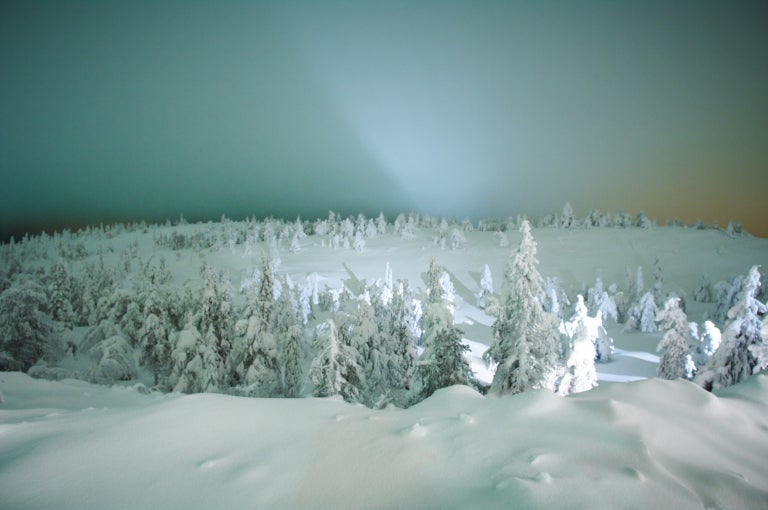 Some of the world’s most iconic landmarks including Christ the Redeemer in Rio de Janeiro and Niagara Falls in Canada will be illuminated in the colors of Finland, to help the country celebrate its centenary anniversary this week.

On Dec. 6, Finland will commemorate the 100th anniversary of its independence from Russia with the help of some international friends around the world.

Taking a page out of the Irish tourism office’s playbook, Visit Finland has enlisted 50 venues in 30 countries to light up in the colors of their country’s blue and white flag.

On St. Patrick’s Day, the world shows its solidarity with Ireland in a friendly gesture that involves emerald green illuminations. Past landmarks have included Rome’s Colosseum, the Pyramids of Giza and the Great Wall of China.

In the run up to Finland’s Independence Day on Wednesday under the theme “Together,” landmarks in Adelaide, Prague, Mexico City, Rome, Dublin and Moscow will light up blue and white.

Ahead of the milestone anniversary, billed as the “most significant commemorative year for this generation of Finns,” interest in the country as a tourist destination has risen significantly over the years.

Alongside the explosive tourism growth of neighboring Iceland, Denmark’s reputation as a hotbed of trending gastronomy, and Sweden’s appeal among design lovers, Finland distinguishes itself as an alternative retreat for nature lovers.

Interest in the Nordic lifestyle in general has also grown thanks to the popularity of hygge, the breakout trend with a Danish name that promotes wintry, cozy living.

Likewise, influential travel brands like Lonely Planet and National Geographic included Finland on their annual “best of” travel lists for 2017.

According to a recent report from the European Travel Commission, Finland is the fourth fastest growing destination in Europe of 2017.

One of its biggest markets? China, which sent a sizable number of tourists to the country this year.

Capitalizing on this trend, the Helsinki Airport tapped Chinese personality Ryan Zhu to undertake a “Truman Show” meets “The Terminal” experiment this fall, in which he lived at the airport for 30 days. The publicity stunt was aimed at promoting the hub as the fastest connection between Asia and Europe. JB