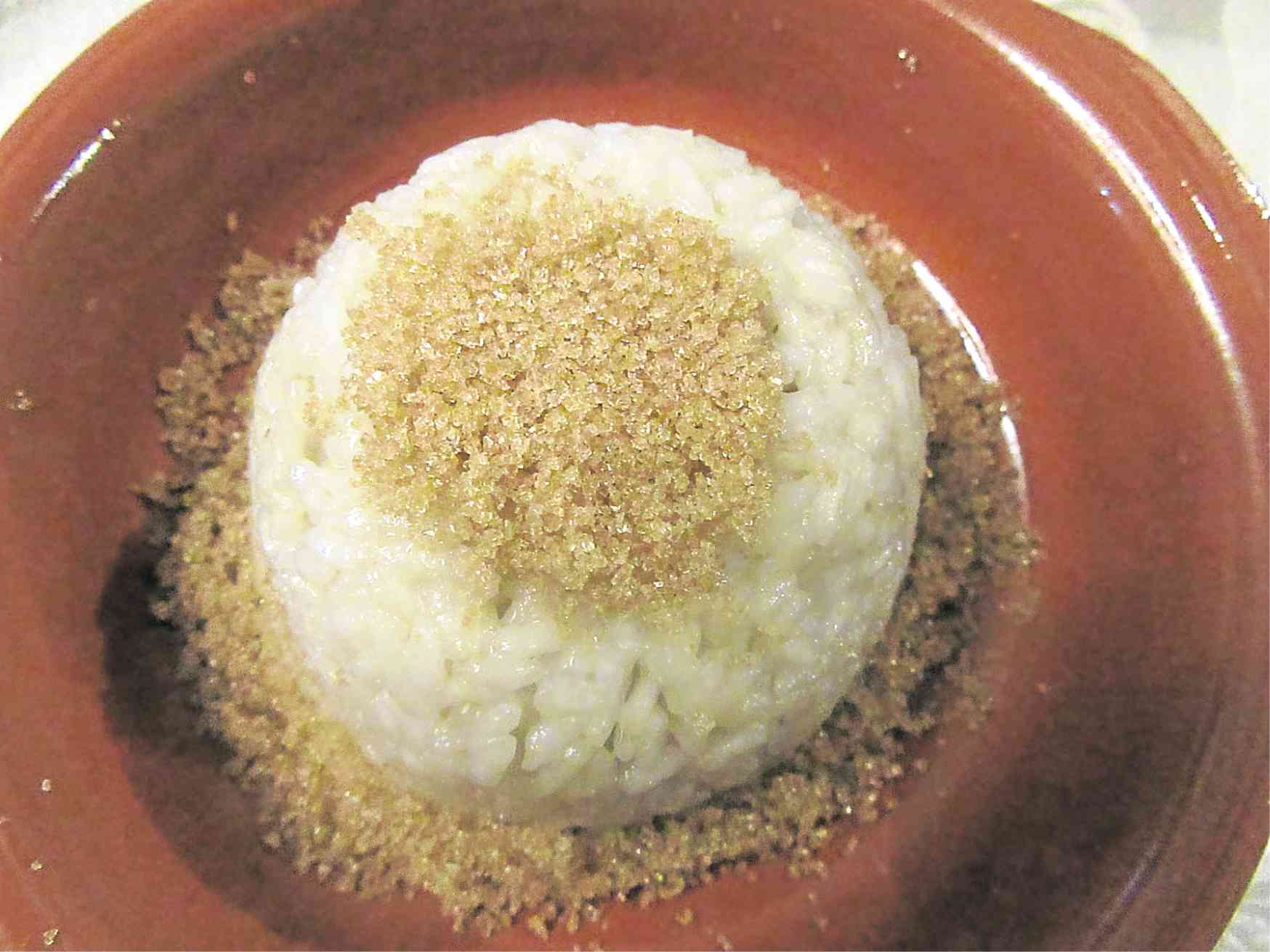 When I was growing up, one of our treats on Christmas morning was inangit. Made with sticky rice (malagkit), it was very similar to suman, except that it wasn’t wrapped in banana leaves. I guess if there’s such a thing as lumpiang hubad, inangit would come close to being suman na hubad.

My aunt would prepare the inangit with freshly squeezed coconut milk (kakang gata), which made the task laborious. Not that she had much of a choice. In those days there was no such thing as canned coconut milk. But, now, with the availability of good quality canned gata, making inangit is as easy as reaching for a can and a package (of sticky rice), which are sold in supermarkets and groceries.

Moreover, since inangit isn’t wrapped in banana leaves, it can be served as soon as it’s cooked.

If you’re craving suman these days when the mornings are chilly and Christmas is in the air, try this recipe for inangit.

Though it’s a modernized version of the traditional rice delicacy, it still has that old-fashioned taste. And it’s still best served the old-fashioned way, too—topped with sugar (preferably brown) or paired with a cup of thick hot chocolate.

In a large pot or casserole, combine the rice with the thick coconut milk (kakang gata) and the thin coconut milk. Add the salt. Cook over very low heat, stirring the mixture constantly until the rice absorbs the liquid completely and is fully cooked, about 15-20 minutes (some oil may seep out from the coconut milk).

When the rice is almost cooked, add the sugar and stir well so the rice absorbs the sugar. Transfer the cooked rice to a serving platter (excluding any oil that had seeped out from the coconut milk).

To serve: Scoop into individual mounds and sprinkle sugar on top. If desired, serve with hot chocolate on the side, or mix the inangit with the hot chocolate to form a kind of porridge. Makes six to eight servings.