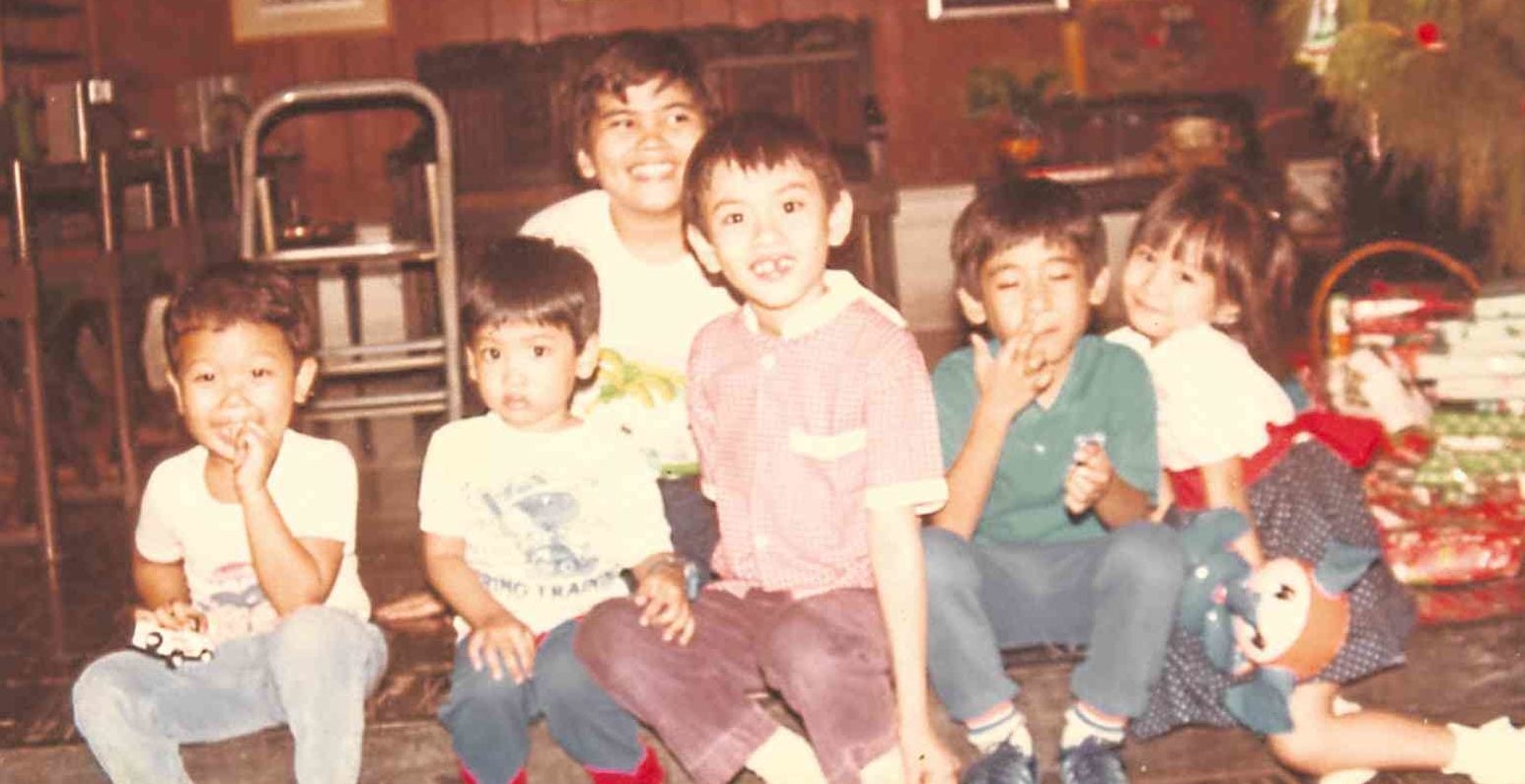 Our children and their children will be talking about the family Christmas eve when it is their turn to bring the food.

My family has a Christmas Snuffleupagus—adapted from the name of a friendly imaginary character on the TV show “Sesame Street.”

My sister June has been referring to my Hong Kong-based friend, Vishwa, as Snuffleupagus because each time June partook of Christmas treats at my home, she would invariably be told those were gifts from Vishwa.

Because June had neither met nor seen a photo of Vishwa, she always thought he was my imaginary friend. There was one time that she missed him by minutes, Vishwa having left after he brought the Christmas baskets he always gives.

Of course, June relished the goodies Vishwa gave. But when Vishwa went back to his Hong Kong home, the gifts stopped coming.

But June still keeps Snuffleupagus a part of her Christmas memory even when she finally saw a photo of Vishwa.

Vishwa’s used to order his Christmas baskets from Santi’s Delicatessen. Visiting Santi’s during the Christmas holidays means negotiating your way between gift packages because they were all over the floor and on top of showcases. Wondered how many elves have been put to work finishing those baskets.

But nothing can compare to the mob at Excelente Ham in the Quiapo area. The crowd would rush to the bearer of newly cooked ham and grab whatever piece they could lay their hands on—in a few seconds. Those lucky to obtain an order could go. The rest had to be vigilant.

What was I doing there? I made the mistake of getting my order of cooked ham the afternoon of Christmas Eve.

Our children and their own children will be talking about the family at Christmas Eve when it is their turn to bring the food. They will remember how my siblings and I would bring our potluck contributions.

For instance, this year’s surprise is the lechon that my sister Christina will buy, a Kurobuta pig. Her friend raises this dark breed of pig also known as Berkshire because it comes from the Berkshire county of England. It is also bred in the Kagoshima Prefecture where its Japanese brand name is Kagoshima Kurobuta (black pig).

My siblings and I easily recall our family Christmas Eve because Mama’s menu was the same every year: American ham from the big can cooked in pineapple and glazed; fish au gratin; Russian salad; baked pork loin served with whole kernel corn; and a roast chicken from her window and door supplier (she was an architect).

Christmas Day, on the other hand, was spent at my maternal grandmother’s place near our house. My lola served roasted capon or turkey, Chinese ham, steamed fish with mayonnaise, chicken relleno, fruit salad.

My sister was lucky enough to be taught by lola how to debone chicken for the relleno. She remembered how lola would bake it, but her daughter, our aunt, insisted on steaming it first when it was her turn to do the recipe.

The recipe that remains a mystery is my mother’s squab cooking. It was discussed once by my mother and an uncle who has since passed. I seem to be the only one to remember the conversation because it was about food. My brain easily picks up on these nuggets of culinary information.

A squab, my mother told me, was a young chicken not yet mature to have chicks of her own. It is called pouisson in Commonwealth countries and weighs 400-450 grams. She would order them from a chicken farm, I suppose, then had to pluck their feathers while still alive because the feathers couldn’t be removed once the squab was slaughtered.

She seasoned them, possibly through marination, then fried or roasted each. But I don’t remember tasting this specialty of hers.

When I told some chef friends about it, they gave me a strange look. They’ve never heard of chicken squab or its cooking. I suppose the squab they are familiar with is the young pigeon, the preparation and cooking studied in their Middle Eastern and European cooking.

So, my own Snuffleupagus, in the eyes of these chefs, is the squab. But I will look for its recipe through old cookbooks. And, if I am successful, then that’s a Christmas gift to myself, to my siblings, and to my unbelieving chef-friends.