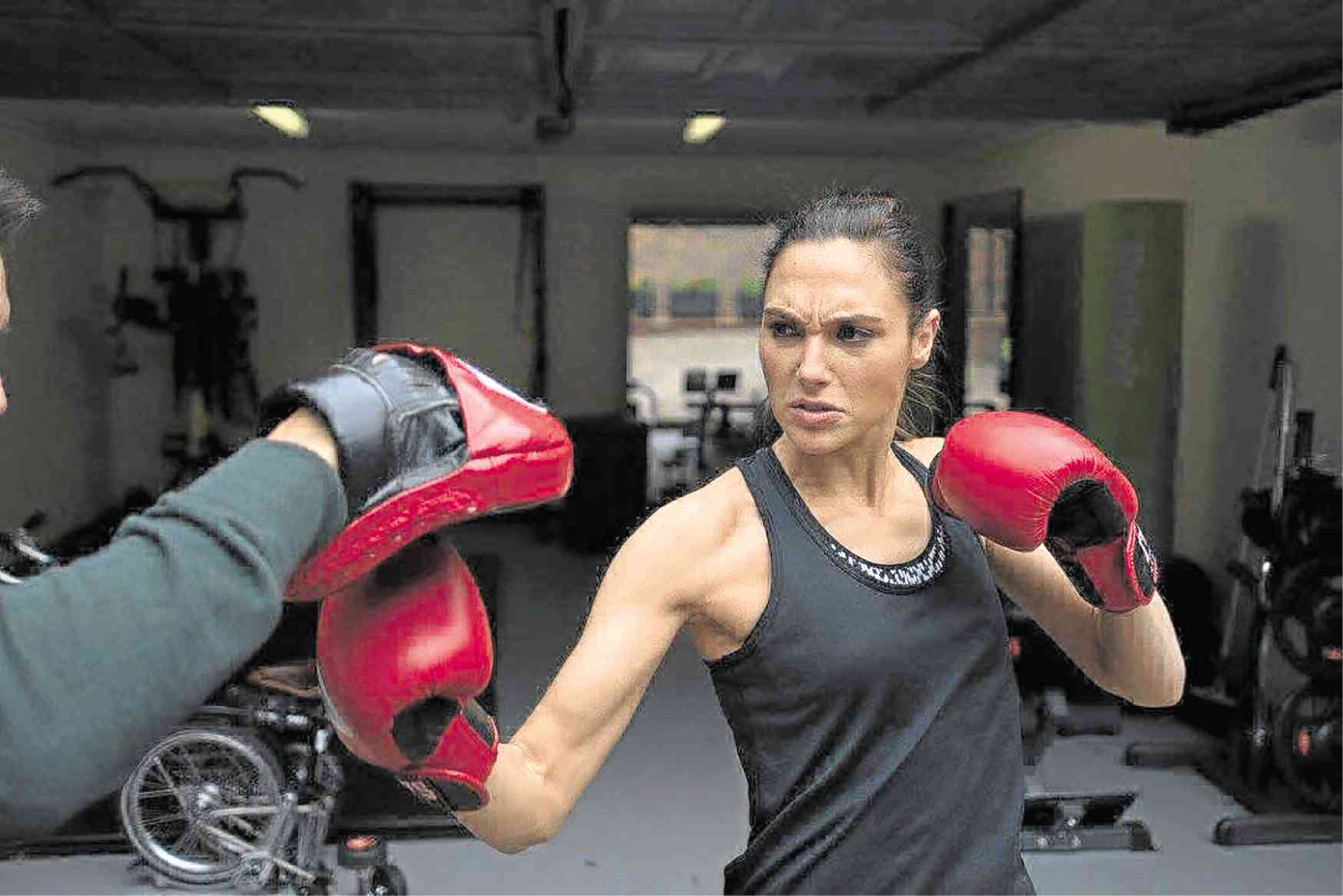 Actress Gal Gadot getting in shape for “Wonder Woman”

It was the year that opened with the power-packed dance program, Sabor Latino 100%, when the Peruvian international dance sensation included Manila on his Asian tour.

It was also the year when ketogenic diet or keto—the extreme low-carb/high-fat plan —made headlines when Gwyneth Paltrow and other celebrities gave it a try. Keto allots a daily carb intake of only 5 percent, a whopping 80 percent from fat, and 15 percent from proteins. The body will supposedly use up the carbs so quickly it will start to break down stored fat for fuel, resulting in weight loss.

Speaking of weight loss, 2017 saw Hollywood actor Jonah Hill trim down by losing almost 40 pounds, and he did it the old-fashioned way. He went to see a nutritionist, changed his eating habits, quit drinking beer and started an exercise program.

Closer to home, Raymond Gutierrez dropped more than 65 pounds. He removed beef and pork from his diet and slowly weaned himself off carbs. Now, the TV/events host and entrepreneur has become social media’s “fitspiration.”

People may have shunned carbs this year but there was no stopping them from embracing adlai, probably the best alternative to white rice so far.

Adlai, or Job’s Tears, is a high-energy, gluten-free grain that tastes exactly like rice but is low in the glycemic index. Simply put, it won’t spike the blood sugar the way white and brown rice do.

Girl power also ruled in 2017, and among its fierce proponents was no less than Wonder Woman herself, Israeli actor Gal Gadot. The movie “Wonder Woman,” in fact, was such a huge success that pretty soon people started searching online for the Gal Gadot workout that included a 45-minute circuit combining rowing, bear crawls, burpees, crab walks, ball throws, pull-ups and push-ups.

Lung cancer patients also received some good news this year. A new form of cancer treatment called immunotherapy stimulates the immune response to work harder and smarter to attack cancer cells. Immunotherapy targets only the tumor cells so that there will be no side effects similar to those experienced when going through chemotherapy.

The public’s interest in sugar was stirred when Dr. Robert H. Lustig, world-renowned endocrinologist and author of the book “Fat Chance: The Hidden Truth About Sugar, Obesity, and Disease,” visited Manila for a series of talks. Lustig said the real culprit of everybody’s health woes is, in fact, sugar, and not fat as previously believed.

The death of a ’90s icon, 41-year-old actress Isabel Granada, in October this year drew attention to aneurysms. Brain aneurysms cause the deaths of almost 500,000 people worldwide each year, and half the victims are younger than 50. The sudden passing of Granada, who lived a healthy and active lifestyle, stunned the country. Granada passed out and fell into a coma on Oct. 25. On Oct. 27 she was declared brain dead by her doctors. She died on Nov. 4.

A deadly vice was also revealed: sitting. People are spending more time seated than ever, wreaking havoc on their bodies. This prompted Dr. James Levine, director of the Mayo Clinic-Arizona State University Obesity Solutions Initiative, to coin the mantra, “Sitting is the new smoking.”

While most people sat longer than needed, one of the top fitness trends in 2017 was wearable technology. This includes activity trackers, smartwatches, heart rate monitors and GPS tracking devices.
These devices can be used to track a variety of health activities including pulse, heart rate, sleep, step detection, and more. We are, after all, living in the age of quantified self, a movement that refers to our obsession with collecting data about ourselves.

As the popularity of wearable technology continues to rise, so did smartphone fitness apps such as Nike + Training Club, MyFitness Pal, Jillian Michaels, Under Armour’s Map My Fitness, Workout Trainer, 8Fit, Aaptiv, Pocket Yoga, and even guided meditation and mindfulness apps like Headspace and Calm.

But perhaps the biggest health story of 2017 is the controversial dengue vaccine. The public is still enraged over Dengvaxia, the world’s first dengue vaccine. French drugmaker Sanofi issued an advisory on the potential harm in vaccinated children who have no previous infection of the virus.

An estimated 830,000 schoolchildren were vaccinated when the program rolled out despite its many critics, including local health experts, who raised safety concerns over the vaccine. Dengue is endemic to developing countries like the Philippines.

The Department of Health, which spearheaded the program, was too eager to launch the program, spending P3.5 billion.