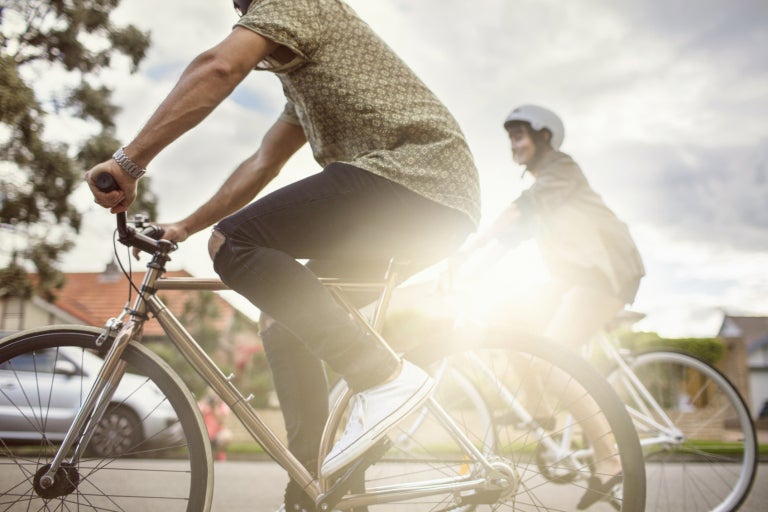 A new study has found that contrary to popular belief, cycling does not negatively affect sexual or urinary health in men, with researchers concluding that the cardiovascular benefits gained from the sport outweigh any potential risks.

Carried out by the Department of Urology, University of California-San Francisco, the multinational study looked at a cross-section of three athletic groups (cyclists, swimmers and runners) to look at the effect of the sports on urinary and sexual function in men.

Previous studies have suggested that cycling can negatively affect erectile function by putting prolonged pressure on the perineum and causing micro-trauma.

However, the team behind the new research noted that these studies were limited by small sample sizes and a failure to use validated measures or comparison groups, with lead investigator Benjamin Breyer adding that the new research, “is the largest comparative study to date, exploring the associations of cycling, bike and road characteristics with sexual and urinary function using validated questionnaires.”

For the study the team recruited 2,774 cyclists, 539 swimmers, and 789 runners and asked participants to complete validated questionnaires about sexual health and urinary tract infections (UTIs) and answer questions on genital numbness, saddle sores, and urethral strictures, which is when a scar from swelling, injury or infection blocks or slows the flow of urine in the urethra.

Cyclists were also asked about cycling intensity, bicycle configuration, bike type, saddle type, saddle angle, frequency of wearing padded shorts while cycling, percent of time standing out of the saddle, handlebar height, and the type of surface on which they usually ride.

Non-cyclists were defined as those who swim and/or run but do not cycle on a regular basis.

The team found that in general, cyclists’ sexual and urinary health was no worse than swimmers’ or runners’, although cyclists were more prone to urethral strictures.

However, no other bicycle nor road characteristics were found to have a negative impact on cyclists.

As cycling grows in popularity for both commuting and leisure reasons, Breyer commented that, “We believe the results will be encouraging for cyclists. Cycling provides tremendous cardiovascular benefits and is low impact on joints. We believe the health benefits enjoyed by cyclists who ride safely will far outweigh health risks.”

The findings can be found published online in The Journal of Urology. JB