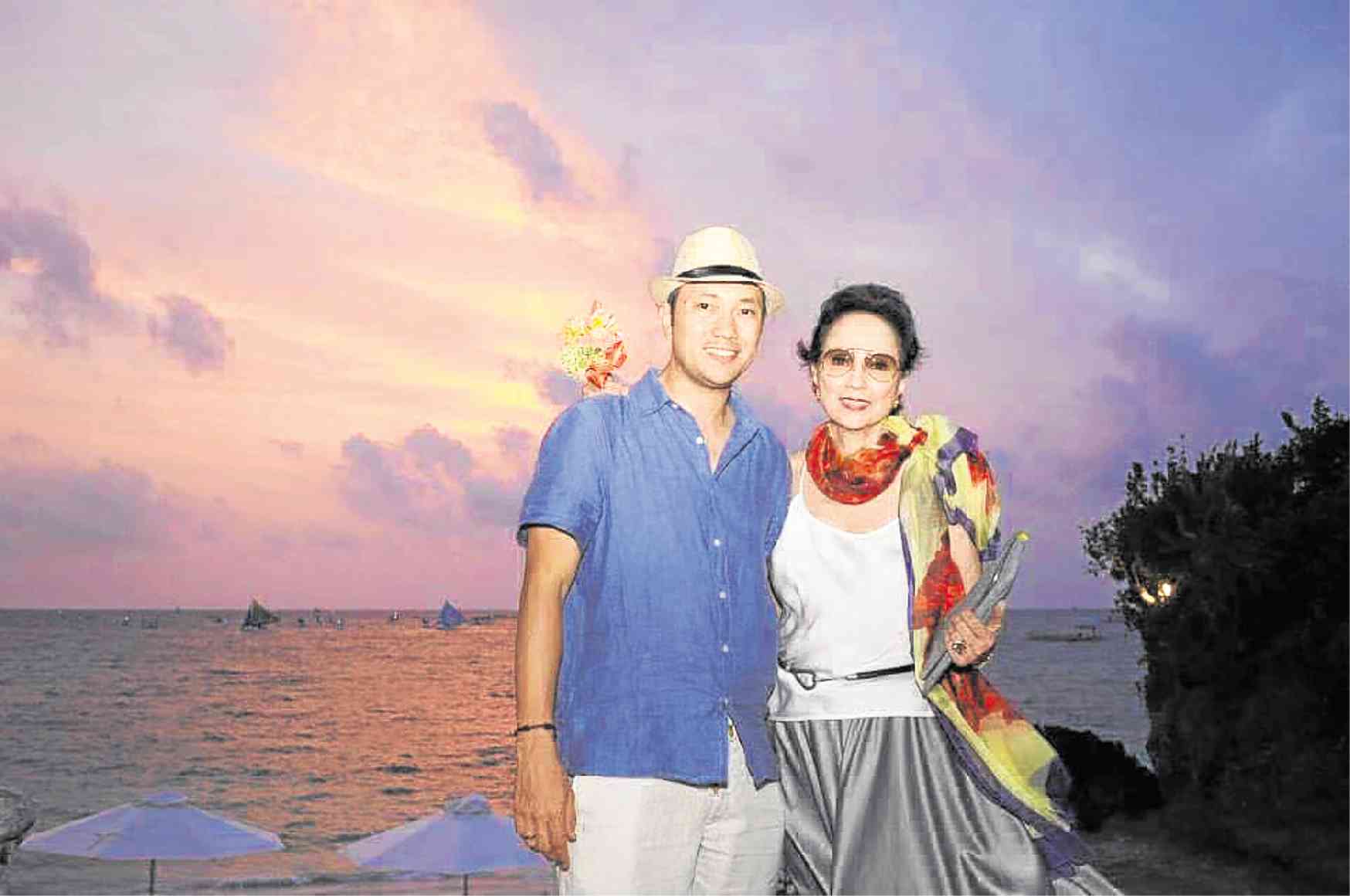 On holiday with mom Aurora Pijuan

It took TJ Manotoc close to 27 years to find the blessing in a difficult and challenging childhood plagued by depression and anxiety.

Earlier this week, the TV host, journalist and news anchor released a video on YouTube entitled “You Will Be Alright,” in which he talks about his battle with depression and anxiety that began when he was 14.

It was a personal project he took on with some close friends who believed that his story could make a difference in the lives of other young people.

I asked him if he consulted his family before making the video. He did not, because he wanted it to be his story.

Before releasing it, however, he showed the video to his sister, Mavis, his mom, Aurora
Pijuan, and, finally, his dad, Tommy Manotoc.

“It was very emotional, of course,” he said. “Iyakan kami lahat, because it’s like you’re reliving it. But they were all very supportive, and the final cut has inputs from them to make the story more accurate and understandable.”

TJ pointed out that positive self-talk and affirmation, meditation, and all other different modalities of natural healing helped him battle depression and anxiety.

“My mom took me to Max Ricketts at Santuario de San
Antonio Church. She heard that he had struggled with the same issues, and when we met, he took me aside, looked me in the eye, and told me that I was going to be okay. For a 14-year-old to hear that was very powerful and reassuring.

“He also taught me about the power of affirmation, to keep repeating to myself ‘I accept myself.’ Say it three times a day, he said, until I began to believe it. Eventually I fully understood it. Kasi when it first happens to you, there’s so much anger, you ask why me, why am I going through this? Is it my dad’s fault, my mom’s fault? Is it the fault of my genes? Did I bring this upon myself? But Max taught me that it wasn’t really anyone’s fault. These are the cards you are dealt with. You cannot blame God or your genes or what, you just have to accept it.”

TJ used the analogy of a car with a flat tire. “You cannot drive the car at optimum performance with a flat tire. You have to step out of the car, look at the tire, and say, ok, I’ll fix it. When you go through this, or any other challenges in your life, you have to take time to step out of yourself, rather than staying in the mess and trying to fix it from there. It’s so complicated. I realized this early in my struggle.

“To accept is really the first step toward healing, and when I did, I had this strange sense of calm, and I knew I was going to make it.”

TJ also gave credit to his mother’s “tough love” for his eventual recovery: “I cannot imagine how I could have survived if she weren’t around. She did all her research, pre-Internet, burned the phone lines, called everyone so that she could better understand what I was going through, and to seek the right treatment.”

His mother had heard about the negative effects of medication (this was in the early ’90s) and was wary of going that route, so they opted to go naturopathic.

TJ was quick to say that this was the path they chose but it might not be the same path for others with depression and anxiety.

“Do your research, seek a second opinion. You will know what’s right for you,” he said.
Aurora, he said, was both mother and father to him in those years. “She was soft and tough. In the daytime, I would palpitate or hyperventilate, which would usually happen when I’d get home and no one else was home, so when she got home, she would just hug me and everything would be all right.

“In the evenings—and I know because I’m a parent now, too—how difficult this must have been for her, when my insomnia would kick in. She would refuse to let me sleep in her room. She wanted me to learn to cope on my own. She would say, ‘Don’t worry, I’m here. I’m just in the next room, you’re not going to die.’

“Looking back, I’m in awe of her courage—how she could stand her ground even if she was perhaps breaking down inside. But it helped me because it taught me courage, too, and how to get out of the rut on my own.”

No seeds of hate

He said that he’s proud that his mother never spoiled him and Mavis, who was also a great support to him whenever his mom could not be around.

“Mom never spoiled us, and despite their separation, she never, ever spoke ill of my dad. She never planted any seeds of hate,” TJ said.

It took almost 12 years before Tommy reappeared in TJ’s life, and it was really more because of the political issues at that time. “It’s not that he did not want to,” TJ said.

Little by little, father and son began to rebuild their relationship.

“He came back into my life soon after my issues with depression and anxiety began. He was living in Singapore at that time with tita Imee (Marcos), but he would come to visit.

“I tried to live with him for a while, but it didn’t work. It was hard because it was just the two of us. Eventually we got to spend vacations with him, semestral breaks and Christmas. So the relationship between me and my half-siblings Borgy, Michael and Matthew began to grow, such that when you see all of us now, we’re one modern family.”

Forgiveness, of course, was a critical piece of the puzzle, and for this, TJ acknowledged his tita Yvette, Tommy’s wife for several years now, for being the glue that holds everyone together.

“She welcomes us, invites all of us into her home. So there we are, all six of Tommy’s children together. I think she and my dad were really destined to be together.

“I’ll be grateful to her for many things, for being so inclusive, for bringing us all together, but most of all for taking care of my dad,” TJ said.

Listening to him, you sense that TJ bears no ill will, and that he is now finally whole, even when he becomes teary-eyed and his voice cracks.

He recounted a seminar he attended around six years ago with his wife Rio, in which one of the assignments was for them to call up their parents and verbally express their love. “So I called my dad on the phone, and I went beyond just saying ‘I love you,’ and I told my dad, ‘I never hated you, I don’t blame you for anything that I went through. We were victims of circumstances.’”

Yvette told him after that call how his dad’s face lit up like never before, like a heavy burden had been lifted.

“I never really needed to forgive him, you know, because I was never really angry with him. But just to be able to express that was so powerful and healing, both for him and for me.

“I don’t blame anyone,” TJ concluded. “I’m glad that my dad and my mom were in love for even just a little while, enough for them to have me and my sister. I’ll always be grateful for that.”