Finally, a blood test to screen for early-stage cancer 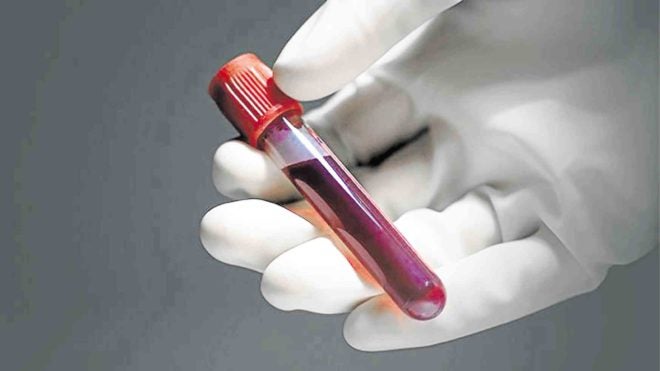 Scientists at Johns Hopkins University have developed a blood test that will detect early signs of the eight most common cancers normally diagnosed in their late stages, according to research published in the journal Science. This means early detection will finally be available for patients who have cancer of the ovary, liver, pancreas, esophagus, bowel, lungs or breast.

The screening test, then known as “liquid biopsy” and now called CancerSEEK, works by looking for mutated DNA that dying cells shed into the blood, and protein biomarkers associated with bowel, breast, liver, lung, esophageal, ovarian, pancreatic and stomach cancer. The test looks for mutations in 16 genes that regularly occur in cancer, and eight proteins that are often released.

The test detected 70 percent of the cancers in more than 1,000 patients with cancers in the ovary, liver, stomach, pancreas, esophagus, colon, lung or breast. More importantly, it did so before the cancers had spread, giving patients a fighting chance at beating the disease.

About 800 volunteers who had not yet been diagnosed with cancer were also tested. According to ABC News, US researchers are currently conducting the test on 10,000 more people to examine its effectivity as well as to help determine its cost to patients in the future.

“This field of early detection is critical, and the results are very exciting. I think this can have an enormous impact on cancer mortality,” Dr. Cristian Tomasetti of Johns Hopkins University School of Medicine told BBC.

Pancreatic cancer, for example, has so few symptoms and is usually detected so late that four in five patients die in the year they are diagnosed. Women with ovarian cancer detected early on could have 92 percent chance of surviving, but only 15 percent of all ovarian cancers are found at an early stage.

CancerSEEK could change all that. The journal Science reported that CancerSEEK is novel because it hunts for both the mutated DNA and the proteins. The blood test could complement other cancer screening tools as well.

An Australian researcher involved in the study, professor Peter Gibbs from the Walter and Eliza Hall Institute, told ABC News, ”For the first time we’re seeing potential for a blood test that can screen for many types of nasty cancers that until now we’ve had to wait until symptoms are diagnosed quite late.”

While not everyone might be too keen on getting a colonoscopy to rule out cancer of the colon, Gibbs said pretty much everyone “would be happy to have a blood test.”

“This is of massive potential. This is the Holy Grail—a blood test to diagnose cancer without all the other procedures like scans or colonoscopy,” Dr. Gert Attard, team leader in the Center for Evolution and Cancer at the Institute of Cancer Research, London, and consultant medical oncologist at the Royal Marsden NHS Foundation Trust, told the BBC.

CancerSEEK is designed for people 50 and above as well as younger people with a family history of cancer. Gibbs told ABC he hopes the test would become part of an annual regular checkup.