Modern medicine infected by the virus of mistrust | Inquirer Lifestyle 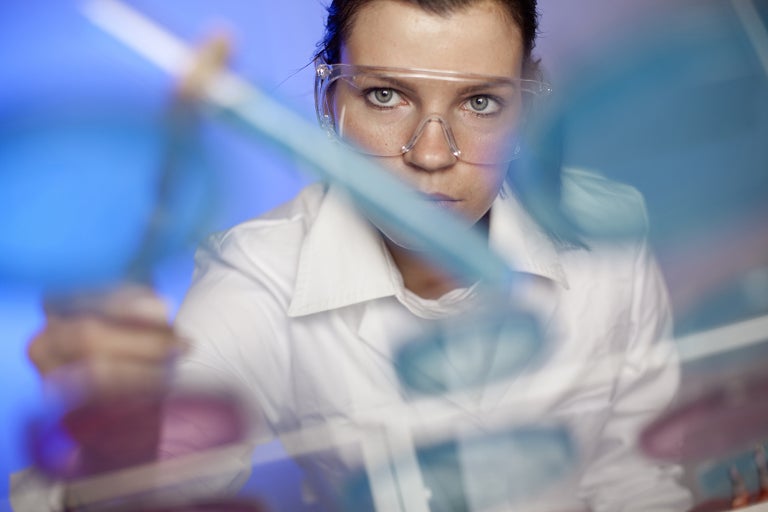 A survey conducted by the British Academy of Medical Sciences last year found that only 37 percent of Britons trusted evidence from medical research. Image: poba / Istock.com

A rising tide of suspicion amplified by social networks has eroded public trust in modern medicine, leaving scientists and health officials scrambling for ways to shore up its credibility, experts say.

Especially in rich nations, faith has waned in vaccines that have saved millions from the ravages of polio, tetanus, small pox, influenza and many other once rampant and deadly diseases.

“The level of confidence is not what it was twenty years ago,” French immunologist Alain Fischer told AFP. “It is crumbling.”

The scale of scepticism is startling.

A survey conducted by the British Academy of Medical Sciences last year found that only 37 percent of Britons trusted evidence from medical research. Two-thirds cited friends and family as more reliable.

A quarter of 1,500 parents polled in the United States in 2017 believed that vaccines can cause autism in healthy children, despite a complete lack of credible evidence.

One-in-ten had refused to give their offspring at least one vaccine.

In France, meanwhile, more than 40 percent of adults have expressed doubt about vaccine efficacy or safety.

These opinions have consequences.

Whooping cough, measles and mumps — communicable diseases that had effectively disappeared — have all seen a resurgence in the United States in the last decade because the number of parents refusing to inoculate their toddlers rose above the threshold needed to ensure what scientists call “herd immunity.”

In France, health authorities were forced to take action: as of this year, any child that has not been vaccinated for 11 specific diseases will not be admitted to kindergarten or school.

Many factors account for this upsurge in mistrust, experts say.

Most damaging, perhaps, are a series of scandals involving inadequately vetted drugs, poor oversight by health officials, and attempted cover-ups.

France was profoundly shaken a blood scandal in which nearly 4,000 people were infected with the HIV virus in the 1980s after receiving contaminated blood transfusions.

In 2010, off-label use of a diabetes drug called Mediator was shown to cause fatal heart problems. And last fall, thousands of severe malformations in newborns were attributed to the epilepsy medication Valproate.

Similar scandals relating to EpiPens for anaphylaxis and cancer drugs, as well as price gouging, and concerns about the over-prescription of opioids has shaken public confidence in doctors and ‘Big Pharma’.

In a recent survey in Britain, 82 percent of doctors and 67 percent of adults agreed that clinical trials funded by drug companies were often biased to produce a positive outcome.

A medical misstep of another kind was the publication in 1998 by The Lancet, a respected medical journal, of research that drew a causal link between vaccines and autism in children.

When it was later revealed that evidence underlying this claim had been falsified, the study was withdrawn and its author Andrew Wakefield barred from the profession.

But the damage was done.

Vaccines and other medicines are also a victim of their success.

“We no longer see the diseases, just reports about possible side-effects,” said Cornelia Betsch, a researcher at the University of Erfurt in Germany who has written extensively about vaccine policy.

At the same time, the underlying logic of vaccines seem counter-intuitive, said Eric Oliver, a political scientist at the University of Chicago.

“Injecting septic substances into my body to prevent disease is not a natural idea,” he told AFP.

Our brains can also be tricked into seeing causal links between rare events that, by coincidence, happen at the same time.

“Many children are diagnosed with autism at the age of two — about the same age they get their MMR vaccines,” Oliver noted, using the abbreviation for measles, mumps and rubella.

Add the “echo chamber” of the internet and social networks, and a perfect storm of mistrust begins to form.

“Social media have rapidly become the main information source for many users,” said Walter Quattrociocchi, a researcher at the Laboratory of Computational Social Science in Lucca, Italy who has studied the spread of fake news and conspiracy theories.

When it comes to conspiracy theories, the tendency to gravitate towards what one already believes — known as “confirmation bias” — plays a crucial role.

The increasingly blurred boundary between verifiable fact and subjective assertion that defines what some call the “post-truth” era doesn’t help.

A 2014 tweet from Donald Trump, said Quattrociocchi, is a textbook example.

Now President of the United States, he wrote on Twitter then: “Healthy young child goes to doctor, gets pumped with massive shot of many vaccines, doesn’t feel good and changes – AUTISM. Many such cases!”

He later tweeted that childhood vaccinations were acceptable, but not in “1 massive dose.” AB